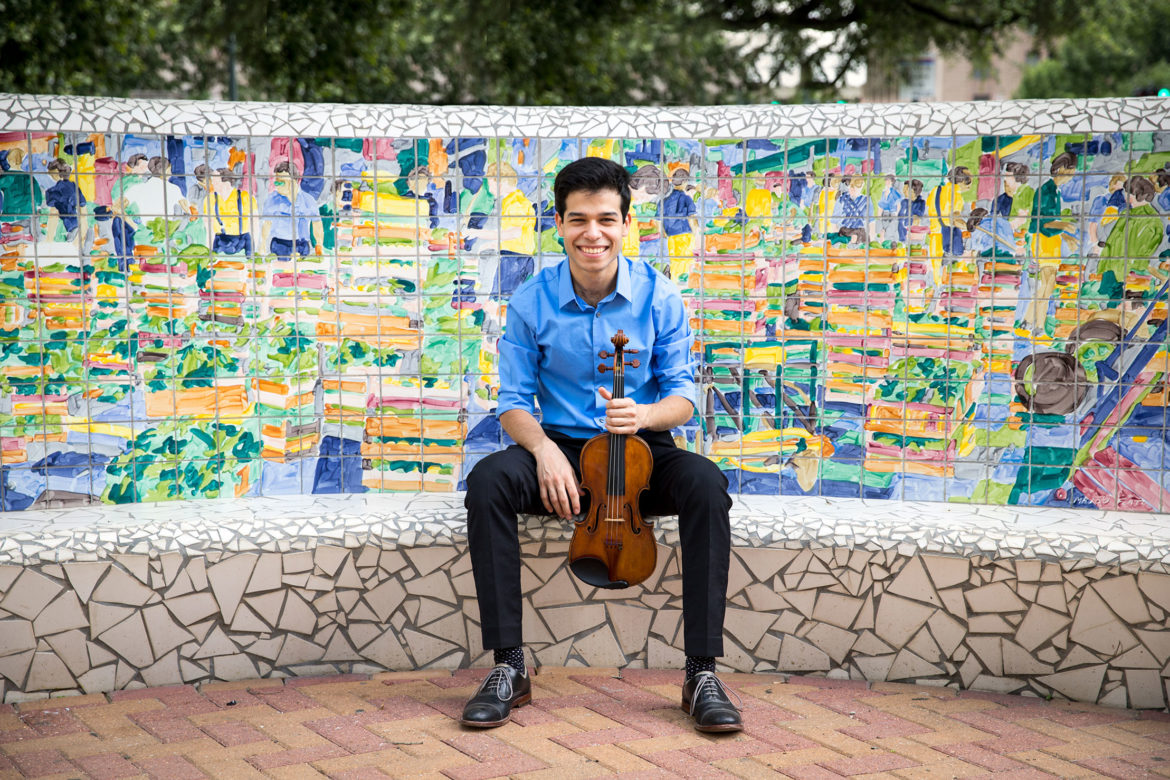 For information about exchanging or donating tickets, please visit: www.oaklandsymphony.org

Oakland Symphony’s Brahms/Sphinx Virtuoso concert March 20 at Paramount Theater will be the first time Brahms’ sumptuous, noble final symphony will be performed by the Oakland orchestra led by music director and conductor Michael Morgan. In another first, rising star violinist Rubén Rengel, winner of the Robert F. Smith Prize at the 2018 Sphinx Competition, will be the featured soloist in Felix Mendelssohn’s Violin Concerto.

Rengel has appeared as a soloist with the symphonies of Philadelphia, Detroit, Houston, New Jersey, Vermont, Oakland, and Venezuela. Between critically acclaimed soloist appearances, he is pursuing a Professional Studies Certificate at the Manhattan School of Music. He plays a 1723 Carlo Bergonzi violin on loan from a collection.

Rengal’s first place finish in the Sphinx competition cemented his growing stature on the music circuit. The Sphinx organization was founded in 1997 by Aaron P. Dworkin to address the underrepresentation of people of color in classical music. Among its four programs, the annual competition has young Black and Latinx string players competing for prizes ranging from $3,000 to $50,000 and receiving mentorship from established musicians. Rengal also performs Venezuelan folk music and jazz and engages in advocacy in connection with Sphinx on social justice issues.

About the Mendelssohn concerto: During the six years between conceiving and completing the violin concerto he wrote for German violist Ferdinand David, the two longtime friends had no idea it would be Mendelssohn’s last, and some say greatest, orchestral work. Uniquely, the concerto invites the soloist to dive in immediately, together with the orchestra exploring and exchanging melodic leadership. Robust or simple orchestral platforms lead to astonishing solo cadenzas and movements that flow without interruption. Instead of gaps between movements, a sustained low B in the bassoon links the first movement to the second; the andante floats along a 14 measure transition into racing, virtuoso material for the soloist in the final, allegro movement.

The undeniable power of Brahms’ last symphony comes from lush lyricism and endless variations on simple themes and motifs. It’s possible to hear something new in each performance due to the work’s complex development of musical fragments and ever-changing interactions between sections of the orchestra. While spirited and energetic, especially in the untraditional scherzo structure of the third movement, Brahms also wrote exquisite passages that convey deep yearning and poignancy.

Also on the program is Samuel Coleridge-Taylor’s Ballade (1898). Coleridge-Taylor’s pioneering story — he is often referred to as the “Black Mahler” —  is remarkable. As a person of color in classical music in the early 20th century, he enjoyed dramatic success and yet he is little known today.

For information and tickets, visit oaklandsymphony.org