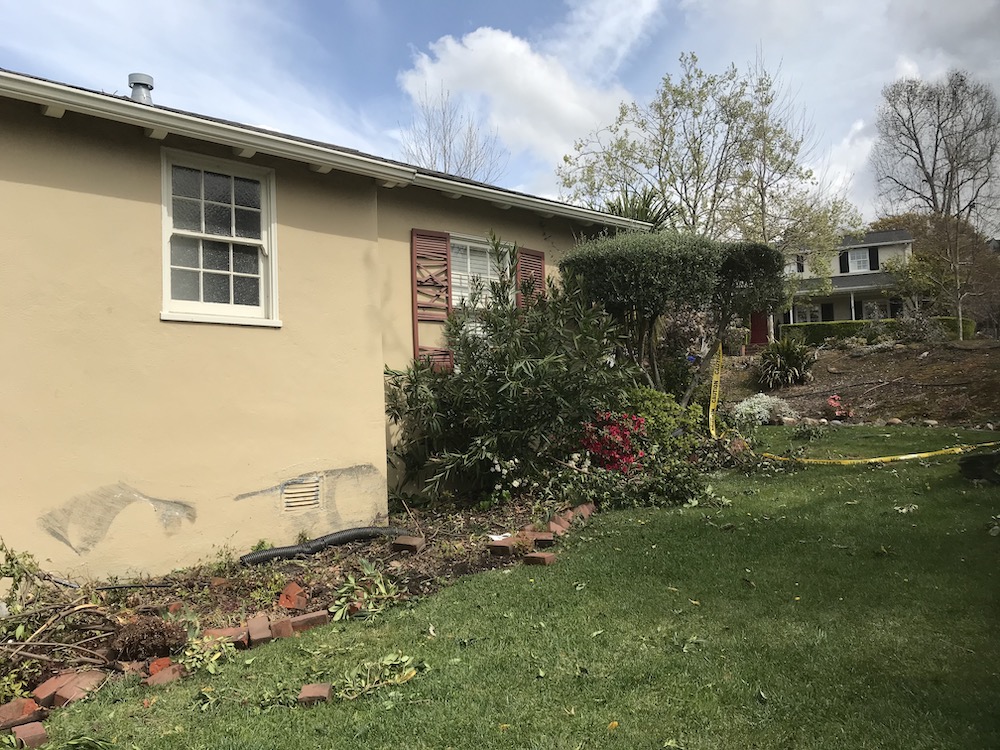 Five teens were coming from a party when the car collided into a home at Park Way.

On Friday, Mar. 13 at 10:15 p.m. Piedmont Police received a call of a single vehicle collision near the intersection of Highland Avenue and Park Way. The driver and one passenger were reported injured. Piedmont Police Capt. Chris Monahan said the juvenile driver may be charged with felony DUI causing injury.

According to police reports and bystanders, a 2016 Mini Cooper carrying five teenagers coming from a party appears to have lost control, veering of the road, shredding bushes, shearing off a tree trunk and scraping the wall of a house before coming to a stop.

Three Piedmont police cars and a Piedmont Fire truck were on the scene within minutes. Police say they found a half-full beer can on the floorboard of the driver’s side. A female passenger who is a Piedmont resident received a cut and was given stitches for her injury. Three other occupants believed to be in the back seat of the car were no longer on the scene when police arrived. It was unclear if there were any other injuries. Said Captain Monahan, “You have alcohol combined with an unsafe turn.”

Josh Bernstein, who lives nearby, came upon the scene shortly after the crash. “When I went to see if anyone was injured, the driver was on his phone telling his mom he’d been drinking,” said Bernstein. “Airbags were deployed in the car and it was pretty banged up. The house had a big scrape on the wall. Luckily the car missed the street sign, the telephone pole and appeared to graze the house rather than impact the corner of the building. I had the sense, but cannot confirm, that the Mini Cooper was overcrowded — so much for social distancing — and that at least some passengers were not wearing seat belts.”

Another Piedmont resident who happened to be driving by shortly after the crash saw police administering field sobriety tests to a male. Monahan said the driver of the car, a Piedmont resident, failed the sobriety tests. A blood sample was taken and police are awaiting results which will show blood alcohol content. The driver was released to his parents pending those results.