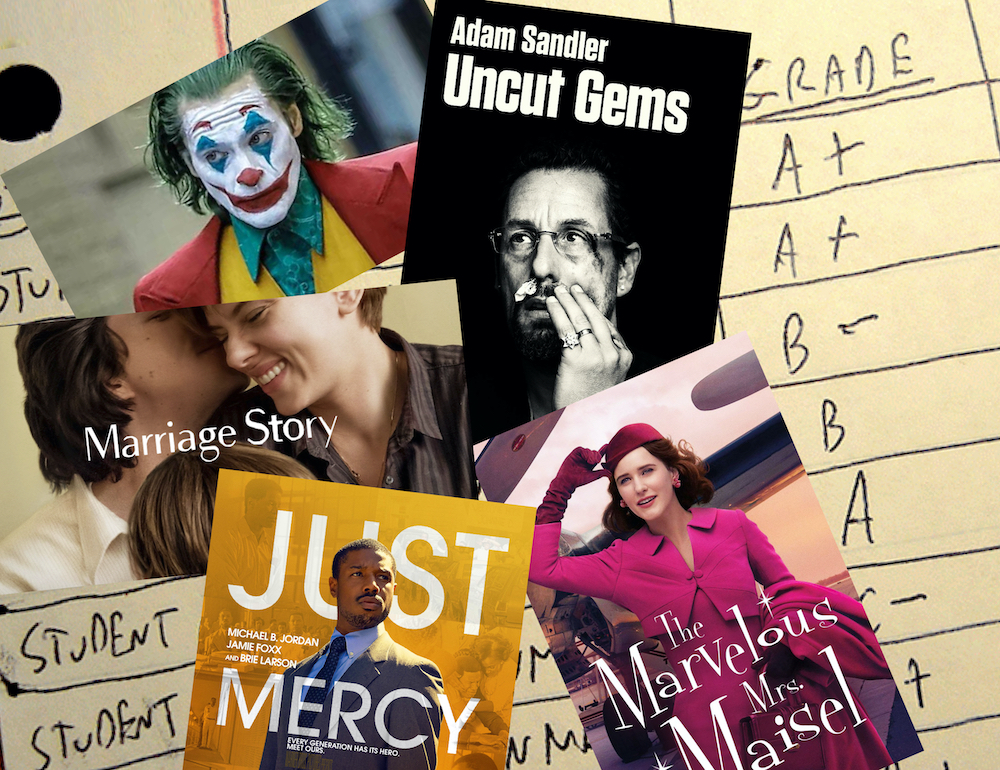 In this era of high-quality, “peak” TV, a few series get better – adding interesting and affecting character and plot development with each season. Breaking Badand The Sopranos are classic examples from the past. Other series, no matter how much we might root for them, simply get worse. In the case of Marvelous Mrs. Maisel, I’d say much worse.

The first season was a revelation, with Midge Maisel (Rachel Brosnahan) emerging as a fascinating new character. Her marriage breaking up, she discovers a talent for stand-up comedy, and her course is charted ] with humor and finesse. The second season suffered, from the dislocation of the characters away from New York City to the Catskills and Paris. But the show retained its good nature and sense of fun.

The third season, by contrast, was ill-tempered, repetitive, and almost unwatchable. I found it difficult even to sit through nearly every scene involving Midge’s manager, Susie (Alex Borstein from Family Guy) and her other client, Sophie (Jane Lynch, who was so devilishly good in Glee but who fails to transcend an obnoxious role  here); Midge’s parents (Tony Shalhoub from Monk and Marin Hinkle from Madam Secretary); and especially her ex-husband Joel’s (Michael Zegen) parents (Kevin Pollak and Caroline Aaron). Dialogue meant to be witty and quick comes across as grating. The only scenes with any semblance of charm and real human contact were the ones between Midge and Shy Baldwin (Leroy McClain), the crooner she goes on tour with throughout the third season.

Why did we keep watching when each succeeding episode offered so little relief from the general malaise? We (wrongly, unfortunately) thought the writers would recapture some of the magic from the first season. The third season does end with a potentially interesting twist, and I retain a bit of hope for a rebound, but almost nothing from the third season seems to justify that hope.

Adam Sandler doesn’t get a lot of respect, since most of his previous films have  been sophomoric  comedies. Punch Drunk Love (2002) was a notable departure for Sandler, and an interesting comedy-drama also starring Emily Watson. Uncut Gems, the new feature from brothers Benny and Josh Safdie (Good Time), represents another departure, one that should enhance Sander’s reputation as a serious actor.

It isn’t an easy ride. A taut thriller, the whole film twitches with nervous energy, including street noise and an often jarring soundtrack. But that’s how Sandler’s character, Howard Ratner, lives, as a jewelry dealer, gambler, and philandering husband. In his first film role, former NBA star Kevin Garnett (playing himself with dramatic flair) enters Howard’s world and sets his sights on a seemingly magical stone from Africa. Garnett takes possession of the piece in advance of paying for it, and Howard’s world spirals down into chaos. Julia Fox is  Howard’s girlfriend and work associate, initially naïve but later very much involved in Howard’s scheming. Idina Menzel (Wicked, Frozen, Rent) plays Howard’s estranged wife and Eric Bogosian (Talk Radio) returns to the screen as Howard’s malevolent brother-in-law. And LaKieth Stanfield (Knives Out, Sorry to Bother You, Get Out) is elusive as a schemer and member of Garnett’s entourage.

Sandler was excellent in this role, deftly capturing his character’s alternating bravado, fear, and despair. And the ending includes a memorable twist (with some graphic violence that might disturb sensitive viewers). If you’re looking for a slow-paced heart-warmer, try something else. But if you’re up for a roller coaster ride of a movie, Uncut Gems delivers.

Marriage Story can be tough going. Well-acted by Adam Driver (Star Wars: The Rise of Skywalker, BlackKklansman) and Scarlett Johansson ( Jo Jo Rabbit, Lost in Translation), the film depicts the end of Charlie and Nicole’s marriage in heart-wrenching detail. Writer/director Noah Baumbach (Kicking and Screaming, Frances Ha) shows us the ugliness of the legal proceedings, even for a couple that initially seems committed to an amicable divorce. Laura Dern (Little Women, Big Little Lies) is excellent as Nicole’s charming but ruthless lawyer, winning the Best Supporting Actor Oscar for the role. Ray Liotta (GoodFellas, Field of Dreams) and Alan Alda (MASH, Crimes and Misdemeanors) portray the lawyers the naïve Charlie chooses. Baumbach also charts the agonizing struggle to raise a child ( Azhy Robertson from The Americans) in the middle of this often-destructive process.

Johansson  displays the full range of emotions here, from hurt and fearful at the beginning, to aggressive as the legal drama ramps up, to accepting for the good of their son at the end. Driver  also shows his acting chops here, starting out bewildered, progressing to angry, and ending up resigned to their fate as well.

Why did Baumbach call the film Marriage Story, when it so clearly focuses on Charlie and Nicole’s divorce? I leave that for you ponder as you watch this excellent, albeit sad, movie.

My book group read Just Mercy recently, and several of us then went to see the movie. The book intercuts the heart-breaking story of Walter McMillan, unjustly convicted of murder and then sentenced to death in Alabama in the late 1980s, with details about the heroic legal work done by author Bryan Stevenson and his non-profit Equal Justice Initiative. The film focuses almost exclusively on McMillan’s story.

The McMillan story in the book describes his conviction and ultimate exoneration. It echoes the disgusting systematic racism portrayed to equal effect in books like Devil in the Grove by Gilbert King and Blood at the Root by Patrick Phillips. The relative shock of Just Mercy comes from the realization that this case occurred within the living memory of many of us, whereas the stories in these other two books happened more than 80 years ago (not that the longer time frame excuses any of it). It’s an ongoing national stain that requires constant vigilance, and that’s exactly what Stevenson and his organization are doing.

The alternating chapters in the book deal with Stevenson’s other work, including on behalf of minors and disabled people sentenced to death, as well as broader criminal justice reform. This is admirable, important work, and Stevenson comes across as a modest advocate devoting his life to helping others.

The movie dramatizes the McMillan story, with Jamie Fox (Ray, Django Unchained) playing McMillan and Michael B. Jordan (Black Panther, Friday Night Lights) as Stevenson. The film drags in parts, with the slow development of Stevenson and McMillan’s relationship. Some of Stevenson’s lines sound very scripted. Fox is great as McMillan, however; he successfully portrays the journey from anger and suspicion to hope and optimism.

I recommend both the book and the movie. In addition to their importance in advancing the cause of racial justice, it’s interesting to compare the two presentations of the McMillan story. The book goes into much more detail about how Stevenson became involved in the case, how his relationship with McMillan developed, and how the case proceeded through the various levels of the painfully ironic “justice” system in Alabama.

To fit the story into a two-hour movie, the filmmakers took various liberties with some of these details, including the relationship between the three death row inmates which didn’t happen in real life but plays a powerful part in the movie.

Grades (both book and movie): B+

Joker offers a backstory for one of the best-known comic book villains of all time, but it’s far from light weight. Disturbing and terrifying, the film is also funny, moving, and incisive in its social criticism.

Joaquin Phoenix (Walk the Line, The Master) plays Arthur Fleck, who works intermittently as a dancing clown, lives with and cares for his mother (Frances Conroy from Six Feet Under) in outer-borough Gotham (a thinly disguised New York City), and sees a social worker after a stay in a mental hospital. He’s deeply troubled, but trying his best to hold it together. Several run-ins with locals of varying socioeconomic strata start him down a path of breakdown, madness, retribution and mayhem.

Writer/director Todd Philips (The Hangover trilogy) expertly develops this process and weaves in familiar elements of the future Batman story. For my money Philips delivers a sharper social critique/satire than Oscar-winner Parasite, because it explicitly extends from the individual to the broader society in Joker. But it’s the ambiguities/mysteries Philips presents that make this such a thought-provoking film. It raises questions about mental illness, the line between fantasy and reality, and how the haves should treat the have-nots in an era of enormous inequality and social disharmony.

The film also makes us think about the glorification of violence. The film itself has been criticized for doing just that. On the one hand, the Joker himself only kills people who have done him wrong. On the other hand, he is killing people, and with increasing abandon as the film goes on. The film is as an important cautionary tale in our current political climate.

Joker does include several scenes of fairly shocking violence that are not for young children or others who may find that disturbing. But Phoenix, who won an Oscar for this role, ranges so skillfully from utter despair to homicidal glee, that I recommend the film very strongly for everyone else.