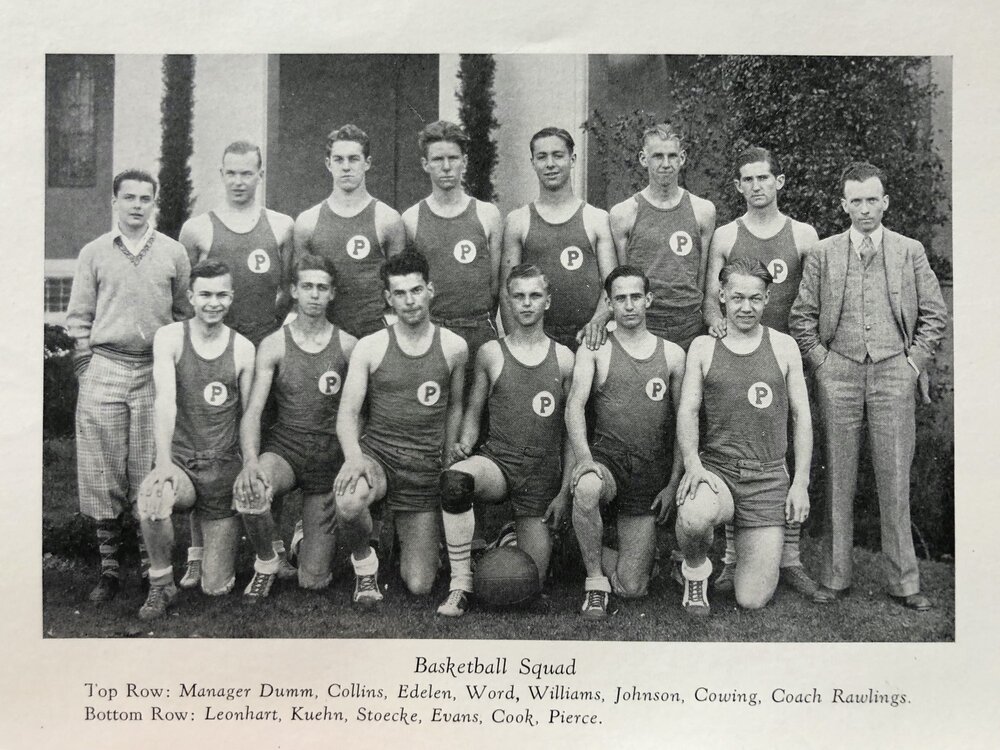 The headline across one of the pages of the Oakland Tribune read, “Fear of new economic crisis startles Europe.” The date on the paper was March 17, 1929. The stock market crash, and the Great Depression that followed, was still seven months away.

The night before, the Piedmont Highlanders had lost 25-21 to Palo Alto in the North Coast Section championship game. The game was played in Palo Alto’s brand new gymnasium, and the team we now know as the Vikings wouldn’t adopt that moniker until the next school year.

For 91 years, that has been Piedmont’s lone appearance in an NCS boys basketball championship game. That drought comes to an end on February 29 when the top-seeded Highlanders will face No. 3 St. Mary’s at Pinole Valley High School in the NCS Division 4 championship game. Tipoff is scheduled for 3 p.m.

Other than stock market anxiety, things were a bit different back in 1929. Newspapers carried ads for cigarettes featuring movie stars advising women, “To stay slender, reach for a Lucky, a most effective way of retaining a trim figure.” The Highlanders played the University of California’s 145-pound team (weight limits were used rather than designating a team the “junior varsity”), and won.

Officially, Piedmont went 21-1 on the season. That total includes a forfeit win over Centerville (now known as Washington-Fremont), and a loss to Berkeley that became a win when Berkeley was found to have used an ineligible player. The Highlanders won their fourth consecutive Alameda County Athletic League championship and, according to the Tribune, outscored their regular season opposition, 454-257.

Their win over the Bears 145-pound team came on February 24, after the regular season and before the NCS playoffs began. The NCS was created in 1914 and included much of Northern California. San Francisco and Oakland, as now, were separate. But the Central Coast Section didn’t split off from the NCS until the 60s, so the NCS extended all the way around the Bay.

The first NCS championships in basketball were held in 1915, and a California Interscholastic Federation state championship began in 1916. The state tournament ended in 1928 and the NCS playoffs ended in 1931. They would not return until 1975.

The 1929 Piedmont team was hungry after losing in the earlier rounds of the NCS playoffs the previous three years. The Highlanders opened the playoffs at Mt. Diablo and came away with a 27-21 victory (a shot clock would not come to high school basketball for many decades). The Tribune reported it thusly:

“CONCORD, March 2 – The basketball team representing Piedmont High tonight defeated the Mt. Diablo five for the divisional championship. The score was 27 to 21.”

As the Highlanders advanced through the playoffs, their writeups would get a little longer.

Piedmont came away with a 26-16 victory. Edelen was the leading scorer with nine points, while Evans scored eight. The game story noted that Rawlings kept his starting guards (Collins and Word) in for the entire game.

That set up the final against Palo Alto on Saturday, March 16. Palo Alto had opened George Stewart Gymnasium just two months before. The gym was home to Palo Alto for 85 years before being demolished in 2014.

According to the Tribune, “Close in shooting will form the greater part of the Highlanders’ offensive, with an occassional long shot being attempted by Mulford Collins, running guard. Collins is also adept at dribbling though to the bucket and looping one in.”

However, the Tribune also reported that Palo Alto had a touted defense that hoped to baffle Piedmont’s players. And the San Francisco Chronicle noted that four of the five Palo Alto players had also been on the football team, and therefore Palo Alto would have size on its side.

The Tribune even devoted a paragraph to report that Tommy Fitzpatrick, the baseball and football coach at Roosevelt-Oakland, would referee the game at the request of Rawlings and Palo Alto coach Hod Ray.

As for the game, Palo Alto never trailed. The Oakland Post-Enquirer reported that Palo Alto raced to a 9-0 lead before Piedmont finally got on the board. It was 19-12 at halftime, and although the Highlanders did hold Palo Alto scoreless in the third quarter, they were only able to cut the lead to 19-15. All five Palo Alto starters played the whole game.

“Baskets by Bill Word and Evans kindled Piedmont hopes in the final session, but (Bud) Shreve of Palo Alto stuck a set-up in the final minutes to settle the issue.”

Frenchy LaComb scored eight points for Palo Alto, and Evans scored eight for Piedmont. Collins had seven for the Highlanders. The San Francisco Chronicle reported that Collins “played a dashing game for Piedmont.”

Rawlings coached and taught at Piedmont until 1934. His son Ken played multiple sports at Piedmont and went on to found the Otis Spunkmeyer cookie company. Binks Rawlings was named to the Piedmont Sports Hall of Fame in 2004. Edelen followed in 2005.

After 91 years, the wait to return to the NCS finals is over for Piedmont.