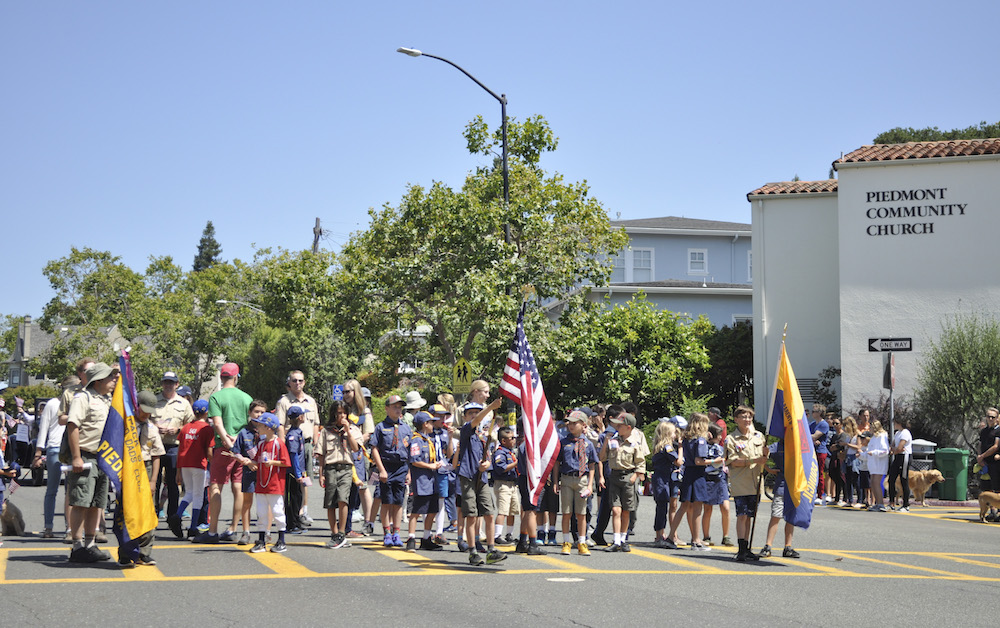 Piedmont Scouts at the 2019 4th of July parade.

While the Boy Scouts of America on Monday filed for Chapter 11 bankruptcy protection, local Scouting councils like Piedmont’s will likely see no changes in day-to-day operations, national and local Scouting leaders say.

“Frankly, we’re separate from the national (organization), we’re our own 501 (c) (3) group, and this should have no effect on us,” said Jo Hazelett, executive director of the Piedmont Council BSA. That said, “we’re still trying to figure out where we are” less than 24 hours after the bankruptcy was filed in Delaware.

The national Scouting organization’s bankruptcy comes as membership in Scouting branches is going down nationwide, as in the wake of  a wave of new sex-abuse lawsuits made possible after several states, including California, recently expanded legal options for childhood victims to sue.

The Scouts’ national organization specifically said that local Scouting councils are not part of the bankruptcy, and the bankruptcy’s effects on local councils like Piedmont’s are expected to be nil, especially in locations where there are no pending abuse suits.

No such lawsuits have even been filed against Piedmont Scouting or any of its leaders, Hazelett said Tuesday. Most such lawsuits nationally relate to alleged abuse incidents are at least 30 years old.

Piedmont has a robust Scouting program, with 343 members of six local BSA troops, and almost 700 other participants in related programs like Cub Scouts, Venturing and Exploring. Seth Hilton attributes that strong showing to the city’s long tradition of involvement.

He said he’s never heard any skepticism from local parents about Scouting based on the abuse lawsuit problems. He attributes that in part to Scouting’s Youth Protection Program, which features an online course for leaders and parents that stresses “two-deep leadership” that prohibits solo adults from being around Scouts, and proper reactions to various potentially risk-filled scenarios, has gone a long way toward minimizing the situations that made abuse possible, Hilton and Hazelett said.

“The program is very good, and has been for years,” said Hilton, who like Hazelett does not anticipate any change in the way Piedmont’s Scouting programs operate.