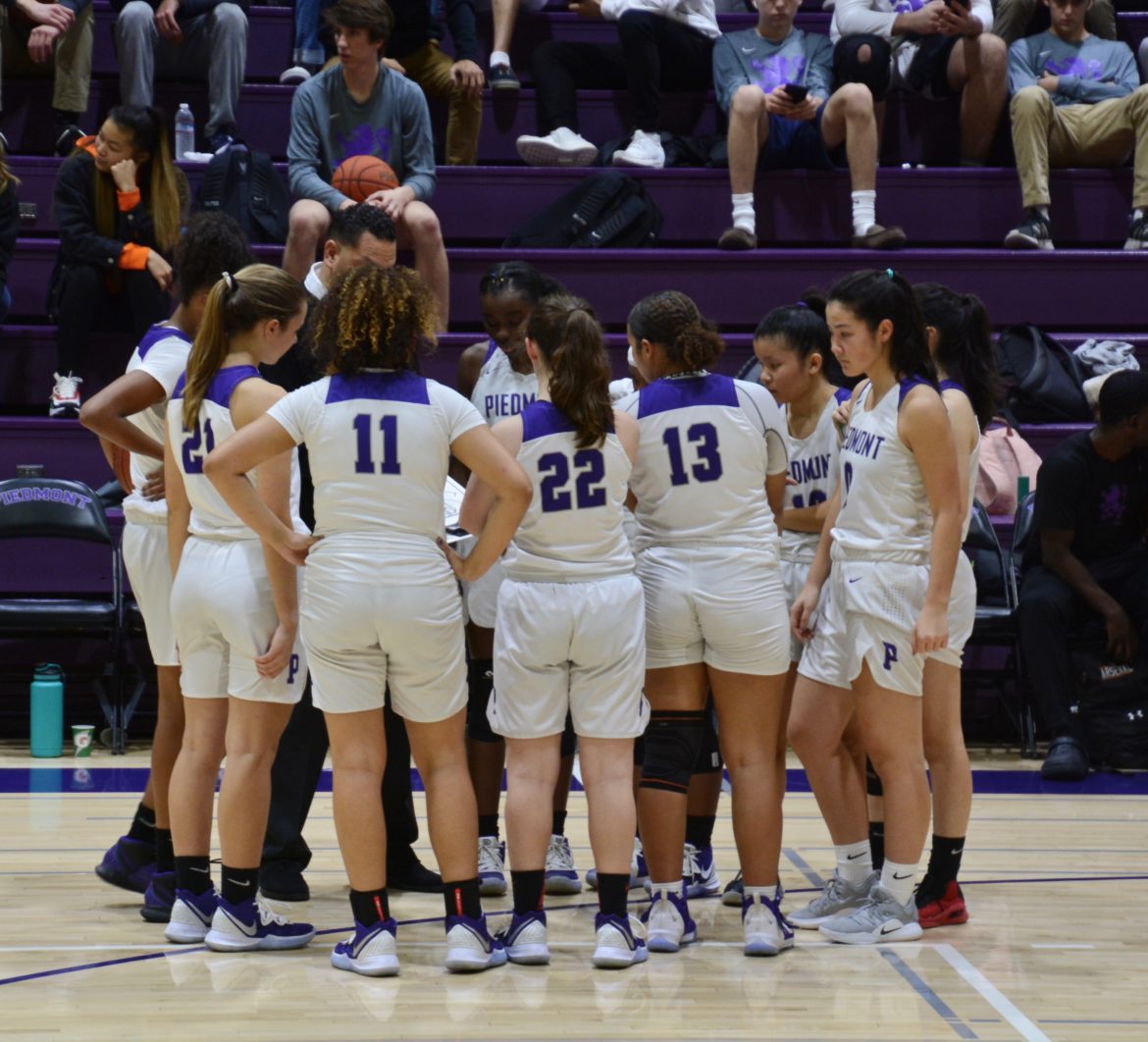 The Highlanders opened the North Coast Section Division 4 playoffs with a 70-43 win at Ygnacio Valley on February 19.

The fifth-seeded Highlanders (21-6) advance to the second round at No. 4 Lick-Wilmerding-San Francisco on February 22. Tipoff is scheduled for 7 p.m.

Ygnacio Valley’s Darolonie Sykes scored the first basket of the game. The Warriors would not score again until there was one minute, 18 seconds to go in the first quarter. Piedmont netted 19 consecutive points to take control of the game. Ygnacio Valley never got close thereafter.

Trinity Zamora scored eight of her game-high 20 points during the run. Zamora also finished with 13 rebounds.

“Over the course of time, Trinity has gotten way better,” teammate Nakilah Johnson said. “She has become a dominate figure on our team”

It has been an impressive high school debut for the 5-foot-11 freshman. She said she has been working on her shooting and rebounding all year. But she also noted that she isn’t new to the sport, and that has fed her confidence.

Despite the big lead, the game was never easy for Piedmont. Ygnacio Valley (17-10) used a full-court zone press to disrupt the Highlanders, forcing 22 turnovers.

The trouble bringing the ball up was reminiscient of Piedmont’s second loss to Bishop O’Dowd. The difference this time is that the Warriors couldn’t hit their shots off the turnovers. Piedmont held Ygnacio Valley to 17-of-55 (31 percent) from the floor, including 0-of-13 from 3-point range.

The game was physical as well, with bodies flying all over the court despite 36 fouls being called. Within a minute in the third quarter, Piedmont’s Hill and Charlotte Braun both went down. Hill returned, but Braun spent the rest of the game holding an ice pack to her head.

“I think it was after the play (she got hit in the head),” Highlanders coach Bryan Gardere said. “Charlotte gets a little banged up the way she plays. I think she got bodies on that one play and then hit the deck, then started to get up and got hit by the girl’s hand afterward. But I think she’s OK. I don’t know for sure.”

The big picture is Piedmont moving on with a big win on the road.

“I think it’s good for us,” Johnson said. “It builds up our confidence going into the next game with a 27-point win, especially on the road. And we have to go on the road on Saturday.”

Said Gardere, “Winning by 27 on the road … it was definitely a messy game but win ugly and advance. That’s what we did today. Hopefully clean up the next two days and go play whoever the next opponent is.”

That would be Lick-WIlmerding, which beat El Molino at home on February 19, 74-40. The winner will likely have to play top-seed St. Mary’s-Albany in the semifinals on February 26.