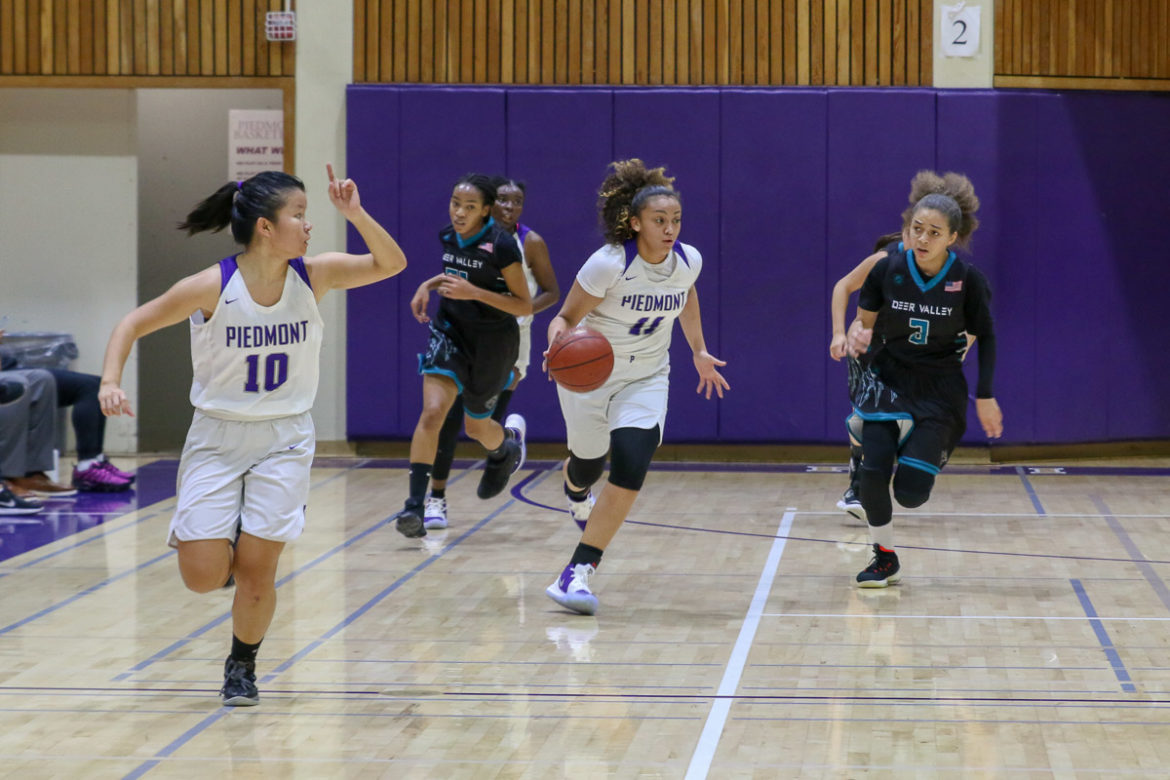 The Highlanders played one of their best quarters of the season on January 31, beating Mt. Eden on the road, 55-30.

“The third quarter was probably some of the best basketball we’ve played this season from a defensive standpoint,” Highlanders coach Bryan Gardere said. “Closeouts, active hands, rebounding, aggressiveness. It was a great team effort!”

The score was 20-18 Piedmont at halftime, but the Highlanders came out and outscored the Monarchs 22-3 in the third quarter, holding Mt. Eden to just three made free throws. Nakilah Johnson scored nine of her 15 points in the quarter. Johnson also had nine rebounds.

Next up for Piedmont is a rematch with Bishop O’Dowd on February 5. The Highlanders lost the first meeting at home, 62-41, but was down to seven players in uniform. Johnson, Hill, and Victoria Houson all missed the game. Houston is still out, but Piedmont returns Naimah Thompson from her offseason injury.