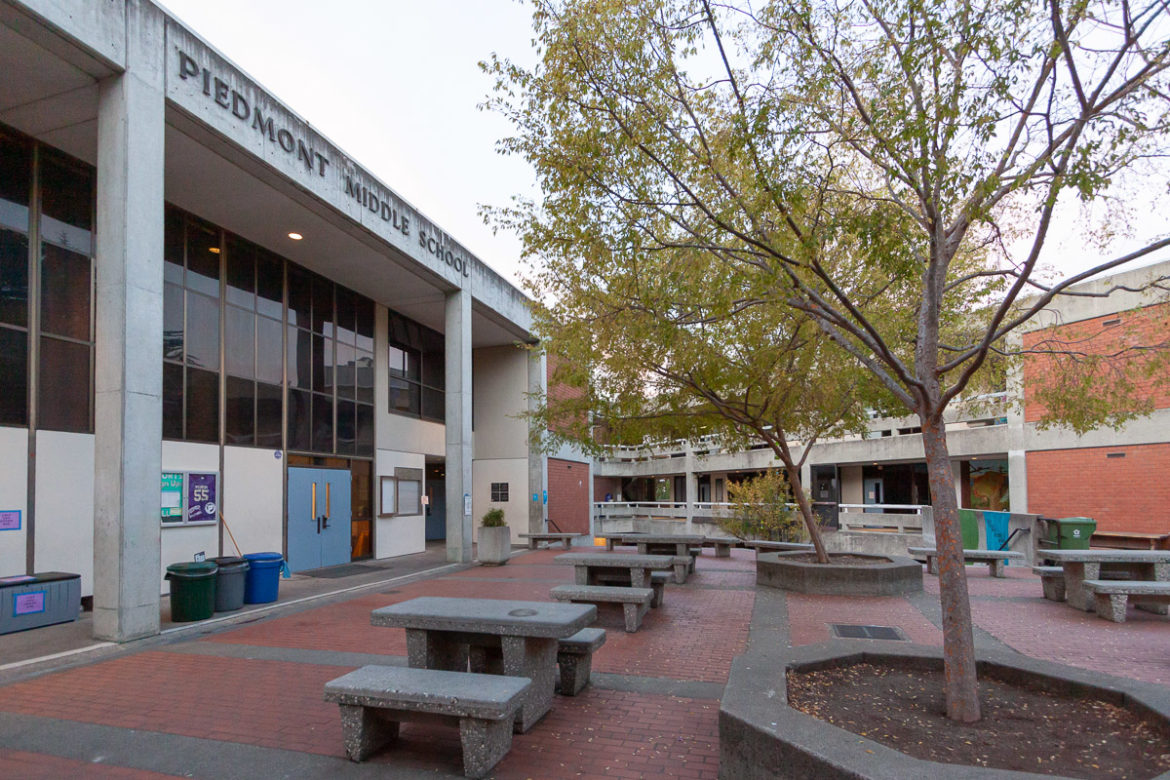 Members of the international Christian organization Gideons International, the group behind hotel-room Bibles, showed up on a street corner across from Piedmont Middle School on Monday, Feb. 10 to hand out copies of the New Testament to passing students.

“These visits have happened every year here in Piedmont,” said PMS Principal Ryan Fletcher in a letter to parents. “Each time members from their organization have checked in with the front office and have provided a letter from their lawyer stating their constitutional right to express their religious views outside of schools. We had supervision present on the sidewalks this morning while members of Gideons International stood outside our school.”

“I understand that many families may have strong feelings or concerns about this,” he continued. “I also want to acknowledge that this group, and others like it, are protected by legal rights that allow them to stand on public sidewalks and hand out Bibles or other materials to students as they walk onto campus. It would not be legal or acceptable for any group to harass people on public property.”

Fletcher went on to say that teachers were encouraged to reinforce the message to students that it is always acceptable to politely decline materials, especially when they are coming from strangers and students may feel uneasy about taking them. He asked that parents also reinforce this message and to also note that if students do make the decision to take materials, to do so in a mature and respectful manner.

In addition to hotel rooms, hospitals, and prisons, Gideons International has a long history of targeting schools across the country with its Bible-distribution practices. Their web site notes that “In providing New Testaments to students, we are offering a book we believe has value to people of all ages — even children in grade 5.”