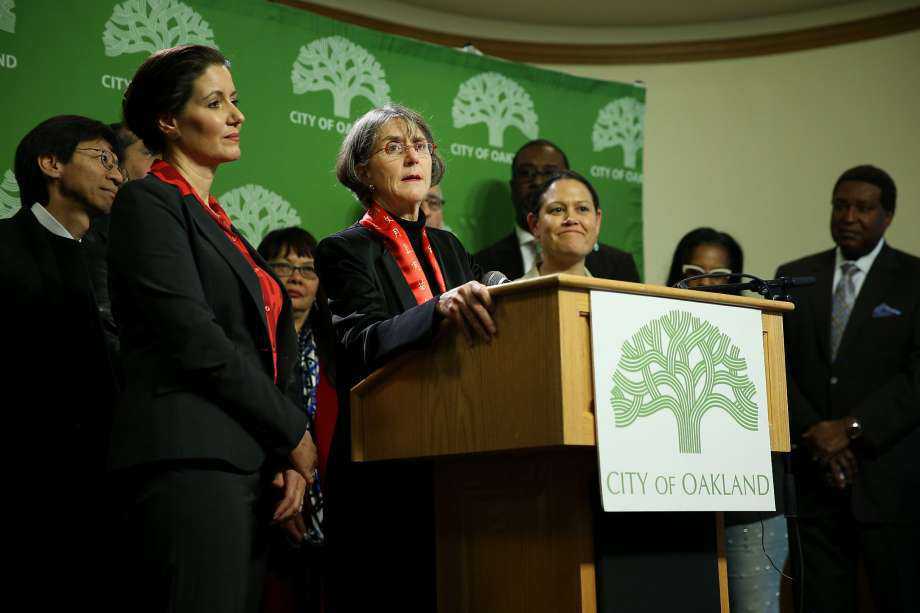 Oakland police Chief Anne Kirkpatrick on Thursday night was fired from her job, according to the mayor and the Oakland Police Commission.

Kirkpatrick was terminated without cause by the Oakland Police Commission and Mayor Libby Schaaf during a special closed session meeting at City Hall. Darren Allison will step in as acting chief until an interim chief is appointed. The commission’s decision was unanimous and Schaaf joined them on that decision, which was allowed by voter approval of Measure LL in 2016, which allows the mayor and commission to jointly dismiss the chief without cause.

Schaaf said the trust between the commission and the chief was “irrevocably broken” and keeping the chief in her job would prevent the city from moving forward. “We did not take this lightly,” Regina Jackson, chair of the Police Commission, said at a news conference after the commission meeting. In a statement, Jackson said, “Since the Commission’s inception, the Commissioners, along with the rest of the citizens of the City of Oakland, observed the Oakland Police Department’s failure to increase compliance with court-ordered reforms.” Jackson said the Commission looks forward to working with the mayor to find a chief who “will build trust in the community and address racial and gender disparities that continue to exist in the Department and in our City.” The new chief must address use-of-force issues and make changes so that a court-appointed monitor is no longer needed, Jackson said.

Officers with the Oakland Police Officers’ Association said that the job as Oakland police chief is the most difficult chief’s job in the nation. The association’s President Barry Donelan said in a statement that Kirkpatrick was making progress “bringing stability to OPD.” But, he said “fighting for Oakland’s residents and Police Officers alike does not endear you to Oakland’s unelected Police Commissioners and our Mayor.” Donelan said officers are disappointed that Kirkpatrick was fired but they are ready to work with her replacement. Schaaf said she’ll be searching nationwide for a new chief. Kirkpatrick joined the Police Department as chief in 2017.