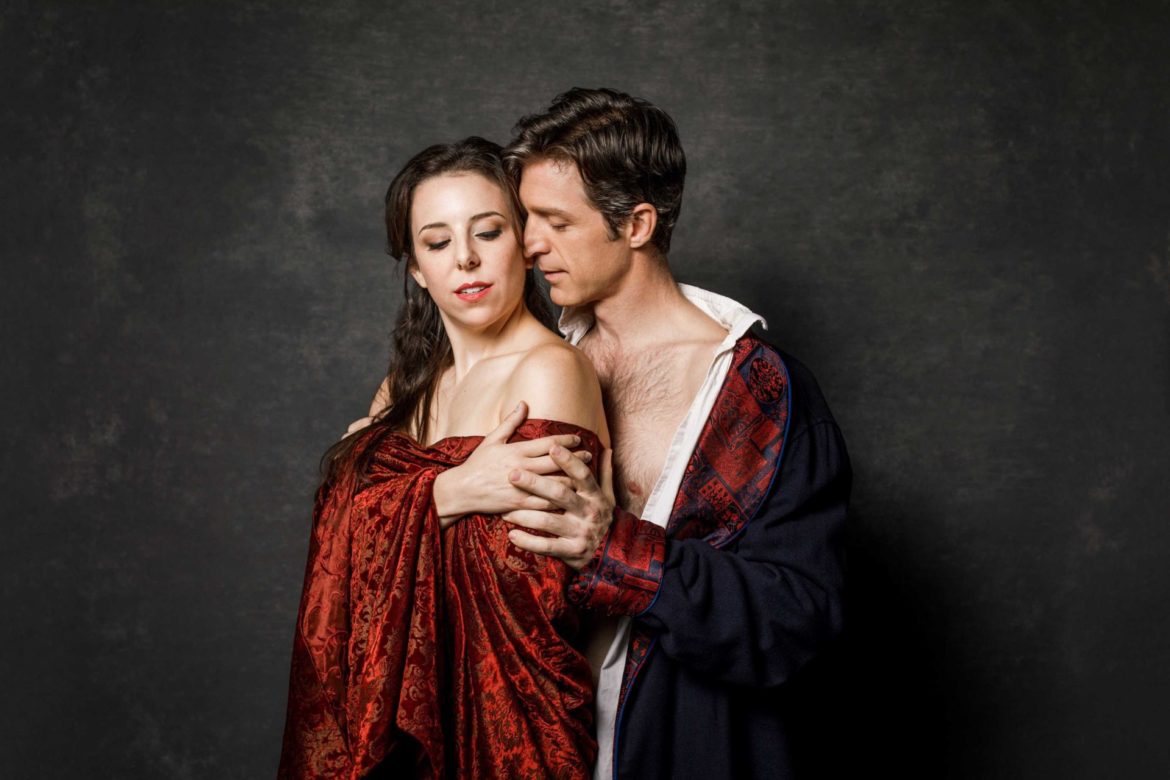 Anders Froehlich as the seducer tries to work his charms on Zerlina (Sarah LeMesh) in Pocket Opera's production of Mozart's "Don Giovanni."

The Bay Area is a hub of artistic expression, attracting artists, writers and musicians from around the globe to live, work and create. We highlight some of the offerings here

• Drag him to hell: The very wickedest of all of Mozart’s operatic protagonists is up to his nefarious misdeeds and will surely get his comeuppance (or downance?) on Sunday as Pocket Opera opens its season with the composer’s darkly comic masterpiece “Don Giovanni.” Baritone Anders Froehlich sings the role of the dastardly don, seducer of women, and Sara LeMesh is Zerlina. Pocket Opera, now in its 43rd year, specializes in presenting accessible and intimate productions of operas in English as translated by its legendary founder, Donald Pippin. Guest conductor César Cañón leads things off at 2 p.m. at the Hillside Club, 2286 Cedar St., in Berkeley. (Performances repeat March 8 at San Francisco’s Palace of the Legion of Honor and March 15 at Palo Alto’s Oshman Family JCC.) Find tickets, $25-$55, at 415-972-8930 or www.pcketopera.org.

Dancers from Berkeley Ballet Theater will perform with members of the San Francisco Girls Chorus for a “Rightfully Ours” program that marks the centenary of the passage of the 19th Amendment. (Photo by Alexander Reneff-Olson)

• In celebration of suffrage: Berkeley Ballet Theater and the San Francisco Girls Chorus are joining forces Saturday at the Yerba Buena Center for the Arts to present “Rightfully Ours,” a fully staged choral music and dance production in honor of the 100th anniversary of the passage of the 19th Amendment, giving the women of this country the right to vote. The eight newly created dances, all set to music by living composers, will include the world premieres of works by composers Angélica Negrón and Aviya Kopelman, titled “I Shouldn’t Be Up Here” and “Belong Not,” respectively. Guest performers include the guitar-percussion duo The Living Earth Show and the Amaranth Quartet. Performance time is 7:30 p.m. Feb. 29 at 701 Mission St., San Francisco. Tickets are $28 to $50, available at www.cityboxoffice.com or 415-392-4400.

• A festival with pop: The annual Noise Pop festival is back with two weeks of cool shows at venues in San Francisco and Oakland. At 8 p.m. on Feb. 28, singer Raphael Saadiq, of Tony! Toni! Toné! Fame, showcases his new album “Jimmy Lee” at the Fox Theater in Oakland, while the terrific indie pop duo Best Coast plays the Regency Ballroom in San Francisco at 9 on Feb. 29. And we’re just scratching the surface. Tickets, a complete schedule, and more info are at https://noisepopfest.com/.

• New reflections on 9/11: Wendy Whelan, the former New York City Ballet principal ballerina who has gone on to a solo career full of fascinating projects, is back with another. She’s teamed with hotshot bassist Maya Beiser in an evening-length work titled “The Day,” a reflection on all that was lost in New York in the Sept. 11, 2001, terrorist attacks. At the Herbst Theatre in San Francisco on Feb. 27-28, Whelan and Beiser will perform the work that features choreography by Lucinda Childs and text and music by David Lang. Performances are 7:30 p.m.; tickets are $45-$65 at sfperformances.org/.

Culture Clash is performing its Chicano style of satire at Berkeley Rep through April 5. (Photo courtesy of Berkeley Repertory Theatre)

• Border humor: Culture Clash, the famed Chicano stage troupe that got its start in San Francisco’s Mission District in the 1980s, is back in the Bay Area with a new Berkeley Repertory Theatre show touching on such familiar hot-button themes as political incompetence and immigration. If you like your political satire delivered in broad strokes by energetic performers, catch “Culture Clash (Still) in America,” an update of sorts of a show the group brought to Berkeley Rep nearly 20 years ago. The show is a collection of skits based on interviews the group did with people from all sides of the immigration issue. The show runs through April 5 at Berkeley Rep’s Peet’s Theatre. Tickets are $30-$97; 510-647-2949, www.berkeleyrep.org.