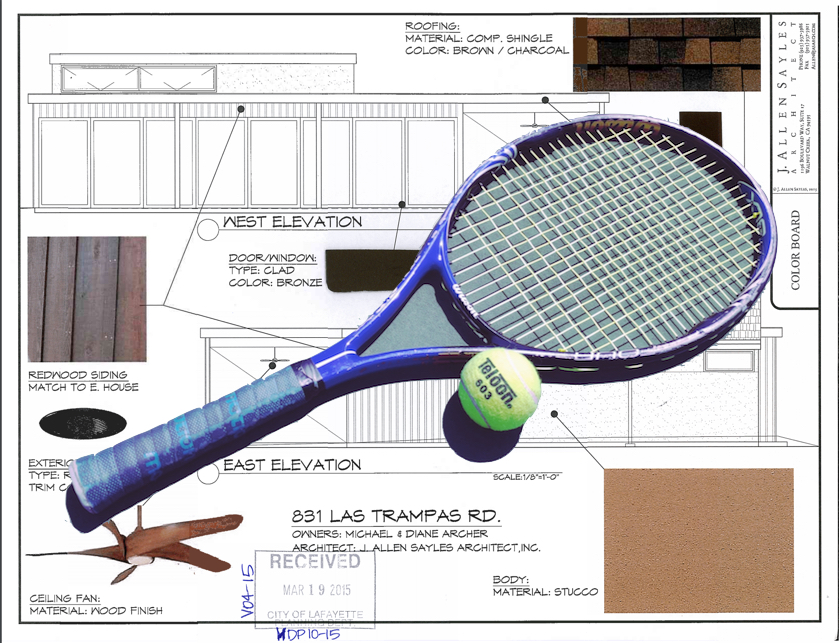 A state appeals court in San Francisco has upheld the city of Lafayette’s approval of a disputed tennis cabana on a residential property in the city. A three-judge panel of the state Court of Appeal on Monday rejected seven neighbors’ claim that the approval should be set aside because the City Council failed to provide adequate public notice that it would be discussing a threat of a lawsuit in a closed session in 2016.

The court said the city did fail to provide adequate notice, but said the error didn’t make a difference to the outcome, because the project itself was “thoroughly considered at four open meetings” of the City Council in 2016.

The case has cost the city $832,000 in legal fees thus far, according to a city spokesman. Mayor Mike Anderson stated, “We are very pleased” with the ruling, and said, “The city will continue to keep our focus on important issues facing Lafayette.” A lawyer for the neighbors who opposed the project was not immediately available for comment.

The 1,100-square-foot cabana near a tennis court on the 2.38-acre property of Michael and Diane Archer has been inspected and is complete, according to a notice submitted to the court by the city. The project was modified and slightly reduced in size during the design review process.