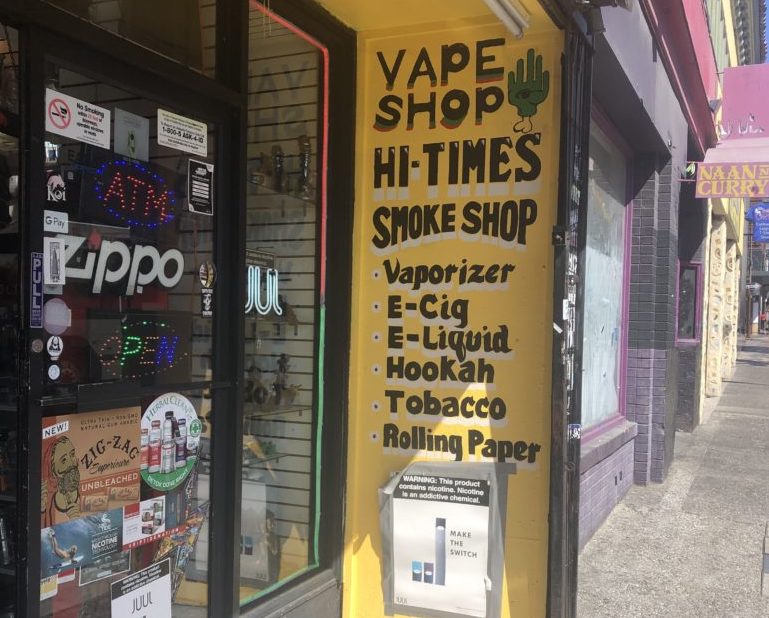 The Alameda County Board of Supervisors will consider an ordinance Tuesday that would ban the sale of vaping products in the county’s unincorporated areas.

The ordinance represents an effort to quell the rising use of tobacco vaping products and e-cigarettes, particularly among young people. Nearly 70 percent of high school students in Alameda County who have bought vaping products reported doing so at a store or through another person; only 6.5 percent bought their vaping products and devices online.

The ordinance would build on the county’s tobacco retailer licensing ordinance, which the board adopted last month. Under the ordinance, tobacco retailers must meet requirements for pricing, packaging and retailing density and are prohibited from selling flavored tobacco products.

Several other municipalities around the Bay Area — including the counties of Santa Clara, Contra Costa, San Mateo and San Francisco — have enacted some type of restriction on the sale of vaping products. The cities of Livermore and Dublin have also banned the sale of the devices.

The board was scheduled to consider the ordinance at its 9 a.m. meeting in the Alameda County Administration Building’s fifth floor board chambers, located at 1221 Oak St. in Oakland. The meeting’s full agenda can be found at acgov.org/board.