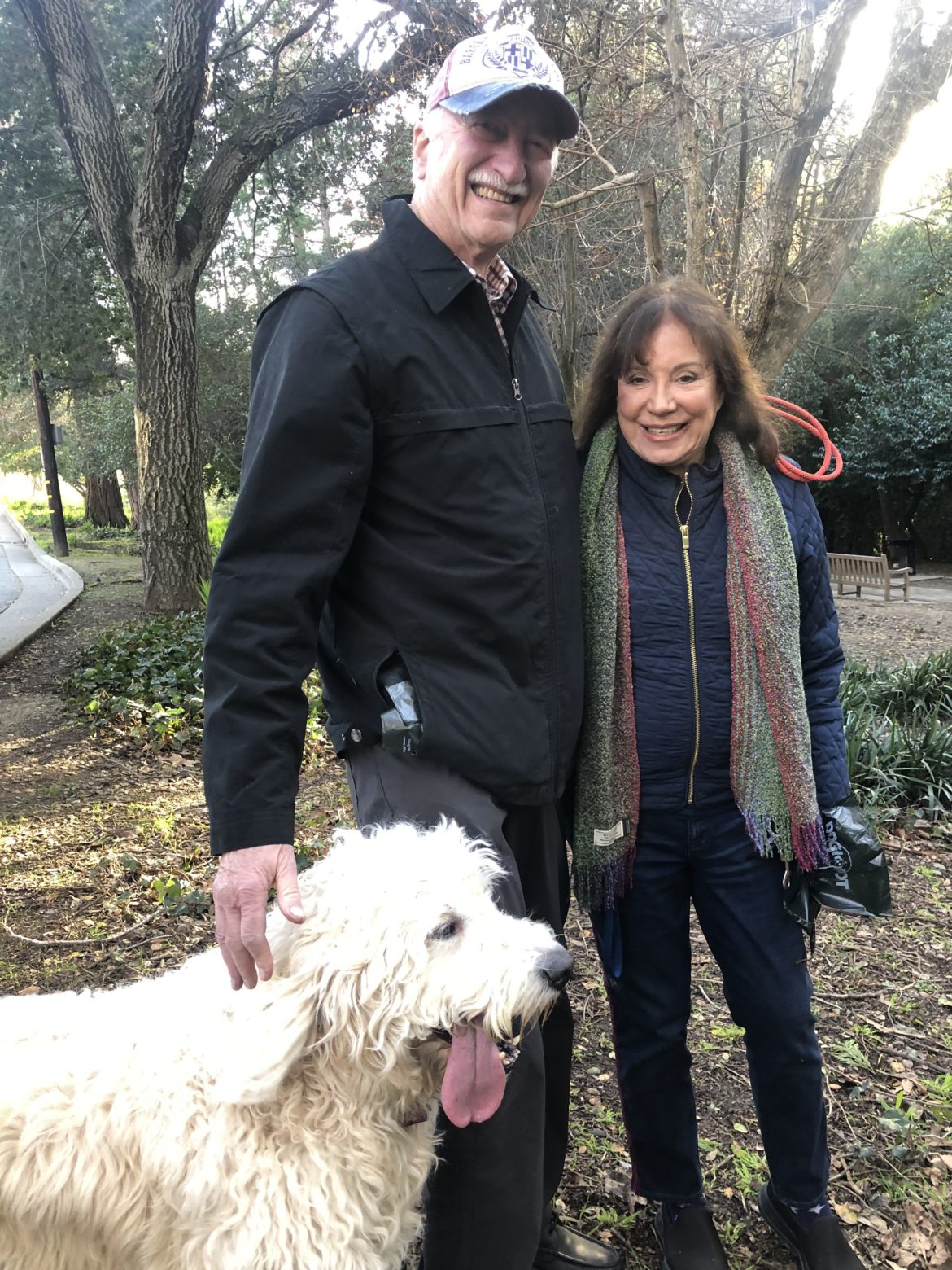 Adoption story: My roommate from medical school always had dogs, and they had just lost one and were looking for a replacement. They found a litter of Golden Doodles in Marin, and they told us about them. So we went to Marin and Robbie was one of the last ones left. My old roommate got one they named Raffles. Robbie and Raffles still go crazy when they see each other.

Likes:  Nibbling on human feet. He’ll pull your socks off. He also likes bathing. We keep his shampoo and conditioner and brush right there in our walk-in shower and we shower together.

Dislikes: The Harlequin Great Dane who lives down the block. Robbie’s got a thing for him. Whenever he walks by Robbie goes crazy. But once when we were out walking the Great Dane got out and came running over to us. Robbie hid behind me for protection.

Interesting facts: He’s a picky eater, and he doesn’t like treats. He doesn’t gobble down his food, he prefers to graze. We put his food out at dinnertime and sometimes he won’t touch it for hours. We’ll hear him at midnight eating.

Anything else we should know? He’s 102 lbs and he’s very strong. But he’s not a great watchdog.