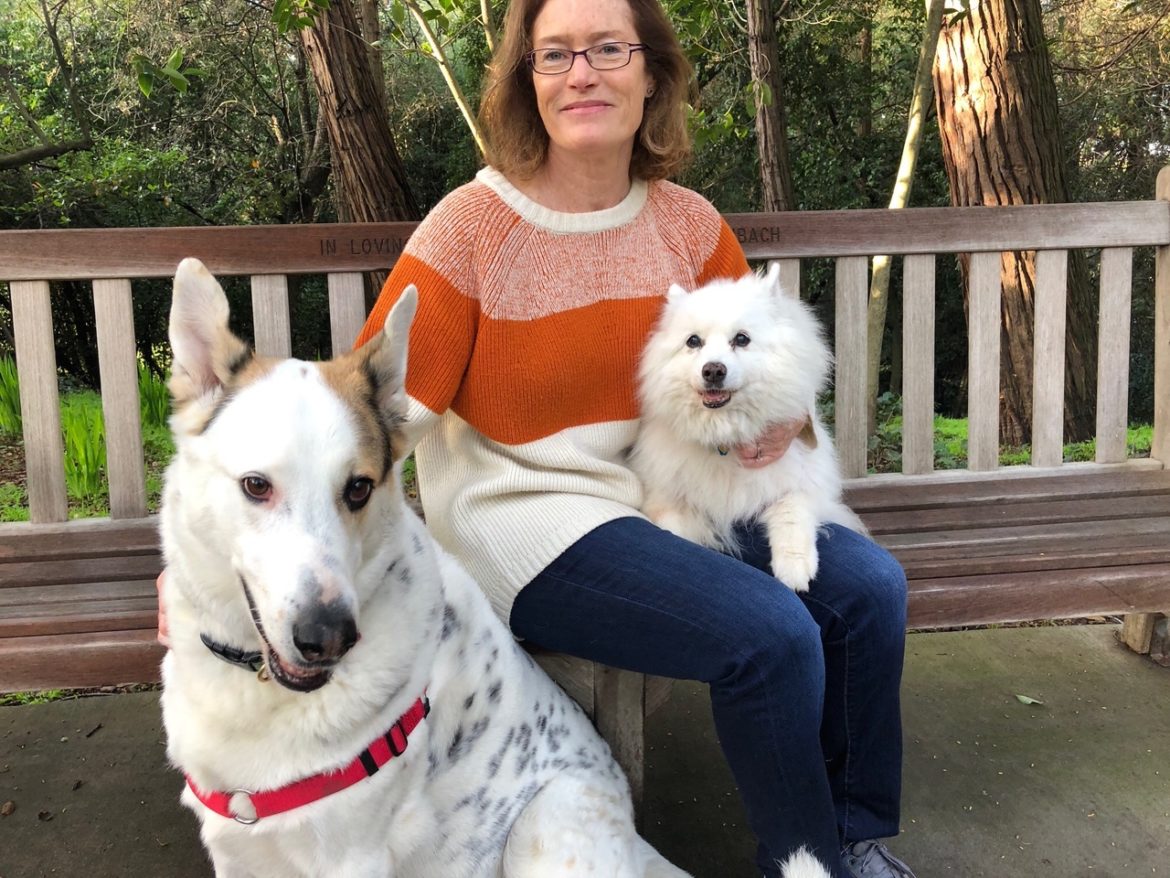 Lynne Wright with her furry brood.

Family: Lynne Wright, attorney, her husband Tim, a contractor, and their children; Ella, 16, and Charlie, 12

Adoption story: Ella and I were out running errands at the old Rockridge shopping center and they were having a pet adoption day, so Ella said let’s go see. I saw Arty and I said to Ella, ‘look, he looks like ‘Dog with a Blog.’ (That was a Disney tv show.) Arty was so sweet and good with the other dogs and he had an ‘adopt me’ look on his face.

Shasta was originally adopted by my mom but three years ago we took her when mom couldn’t care for her anymore. She and Arty get along great.

Likes:  Arty likes Piedmont parks, wrestling with our son Charlie, and playing with other dogs (he prefers Labradoodles). Shasta likes meat, above all. Also running at Point Isabel. She used to love riding in the car with mom, sitting in the passenger seat so she could bark at everybody and everything.

Interesting facts: Arty can shake your hand with either paw. Shasta’s hind legs aren’t great anymore but she jumps up in the air when we come home.

Anything else we should know? Shasta is deaf but she can sense when Arty is barking and she’ll bark, too. If you blow in Arty’s ear he’ll moan and grumble.