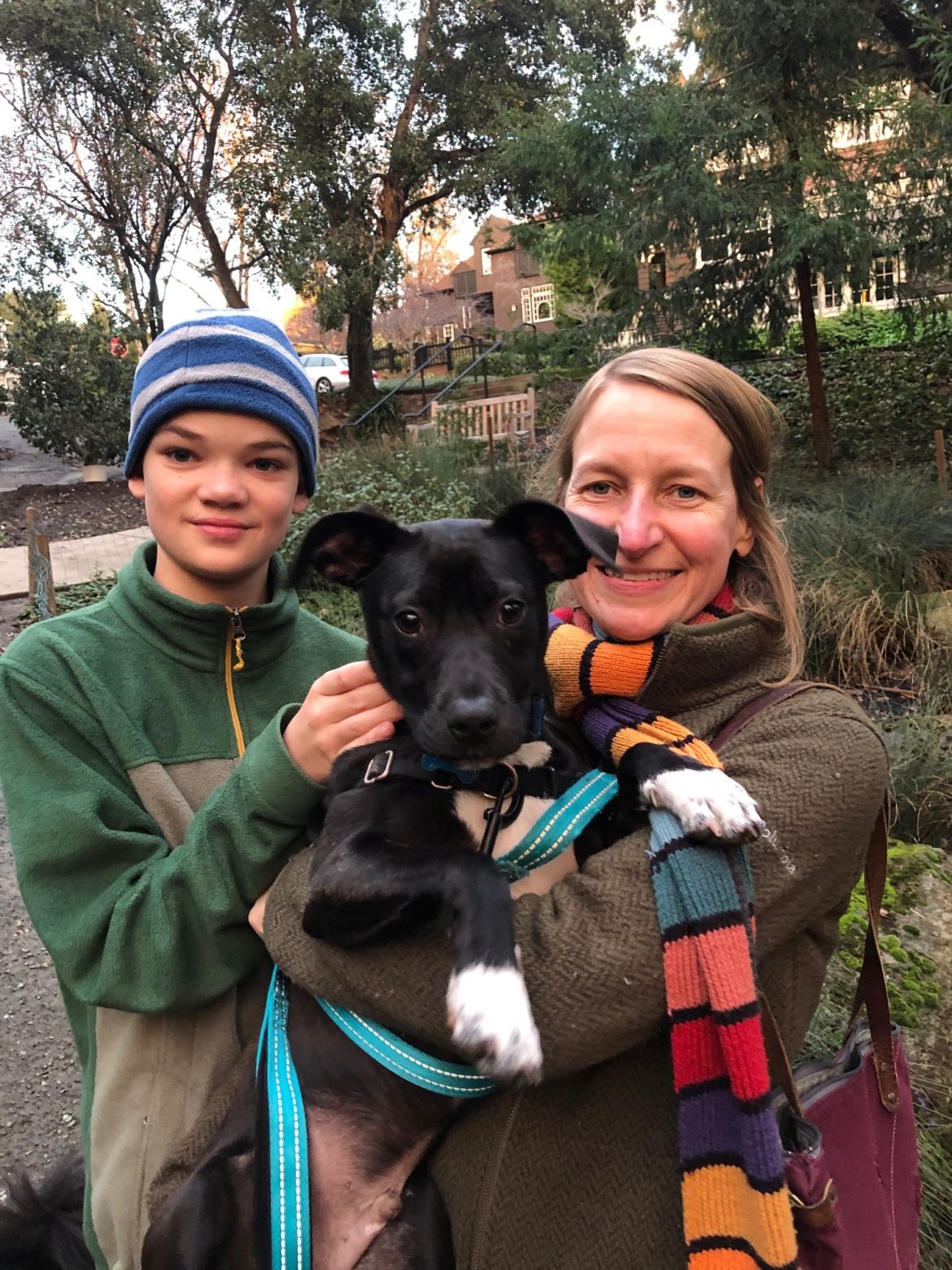 Adoption story: We had been thinking about getting a dog. We spent a lot of time looking online and one day we saw a photo of Moo. He was going to be at the Berkeley Humane Society adoption fair, so we got up early and went to see him. The fair was chaotic: a lot of dogs and a lot of people. but we found a volunteer to bring him to us. He was very friendly and quiet. He was one of four siblings who had been rescued from Solano, California. My husband carried him to the car and we stopped on the way home at a pet store to get some things for him, and he seemed really happy. I know we were.

Likes:  Watching the Wes Anderson film Isle of Dogs. He barks at the screen. Also playing in the park with other dogs. Moo loves every dog he’s ever met.

Dislikes: Leashes, garbage cans, not being allowed on furniture.

Interesting facts: Moo’s siblings were named Oink, Chirp and Whinny. And yes, Moo!! is correct with two exclamation points. That’s what it says on his tag.

Anything else we should know? Remember the noise that Chewbacca makes in Star Wars? Moo makes a sound like that when he wants to coax another dog to play with him.