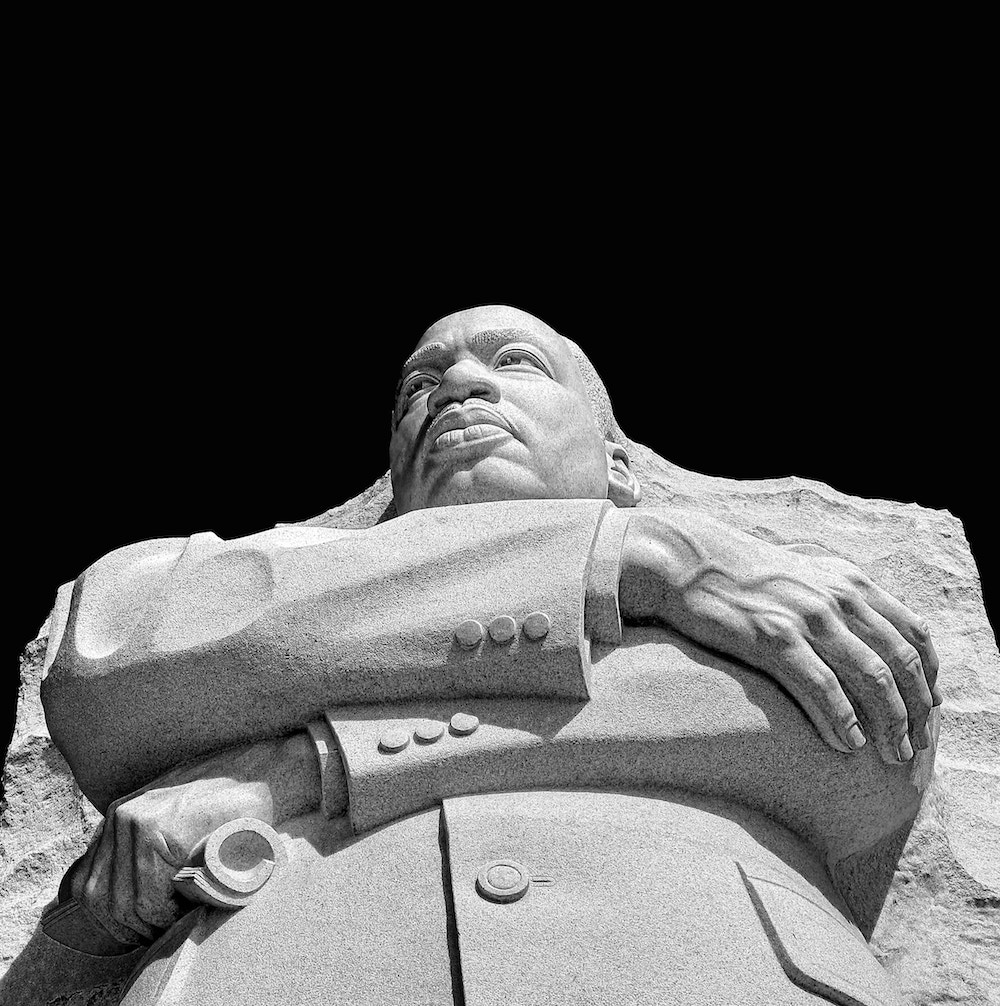 Thousands of people marched in Oakland today on the Martin Luther King Jr. Day holiday to reclaim the spirit of the man celebrated on this day, an activist said.

The day was scheduled to start at noon at Frank Ogawa Plaza at 14th Street and Broadway by City Hall. Those that gathered also marched to Alameda County Sheriff Greg Ahern’s Office at 14th Street and Lakeside Drive. Speakers spoke about immigration, the housing crisis, and among other issues, police repression, Anti Police-Terror Project co-founder Cat Brooks said. Brooks said demonstrators sought to “reclaim the radical legacy of King,” who she said stopped traffic, was jailed, called out white moderates and was a revolutionary. “King has largely been whitewashed,” Brooks said.

Monday’s march was the 6th annual March and Rally to Reclaim King’s Radical Legacy and the only Martin Luther King Jr. Day march in Oakland, she said. It ended with a healing ceremony by the group Lead to Life, which melts guns into shovels to plant trees and other plants to heal the earth.

This year was the first march that elected officials attended. Rob Bonta, D-Oakland attended as did Nikki Fortunato Bas, an Oakland council member. Bonta on Twitter thanked the marchers “for continuing to fight for what #MLK truly stood for such as housing for all, living wages and criminal justice reform. “Proud to stand and fight for a better Oakland and California,” he tweeted.

Also attending were the Moms 4 Housing, who are working with city of Oakland officials to complete a deal with Wedgewood Properties for a West Oakland home that the moms occupied for more than a month. The moms were evicted last week by sheriff’s deputies because a judge ruled the moms had no valid claim of possession of the home.

But Monday Oakland officials announced that an agreement had been reached between the city and Wedgewood for the home to be purchased by the Oakland Community Land Trust.

Brooks said King worked for a world that is just, equitable and humane for all people and she and those at the rally Monday are working to make that idea a reality.