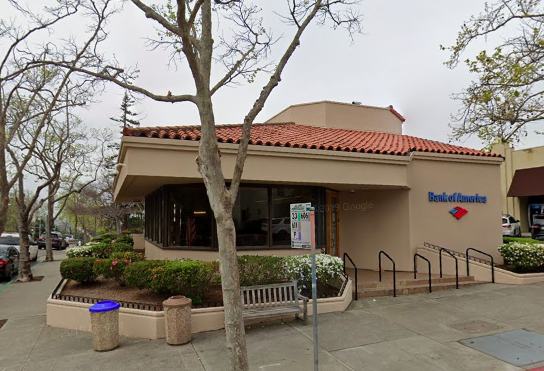 Bank of America on Highland Ave. in Piedmont.

The police department has a total of 27 open cases and no suspects related to the rash of unauthorized ATM withdrawals tied to the Highland Ave. Bank of America branch, said Piedmont Police Department lead detective Jeff Spranza on Jan. 30. Spranza said police are still waiting for the bank to release video surveillance footage that could help identify suspects. The footage could arrive sometime in mid-February.

Fraudulent charges were first reported in late December and early January. On Jan. 7, the ATM was inspected by Bank of America technicians who reported that they did not see anything unusual. Bank of America said new equipment was installed anyway.

The largest withdrawal made is still $600, but the losses are now probably in the tens of thousands, police say. A skimming device is suspected to have been at play. (See our earlier reporting for a video of what a skimmer looks like.)

There have been similar reports coming from nearby cities like Newark, Danville, Alamo, and Daly City. The bank withdrawals are occurring throughout the South Bay and as far south as Orange County in southern California. All of the fraud victims who reported the incident have been reimbursed by Bank of America.

Piedmont police encourage bank customers to change their pin numbers and to avoid using a number that can be easily guessed. The department also suggests using mobile banking apps instead of ATMs when possible. Lastly, the department advises customers to notify banks if you are traveling out of town for an extended period of time.

Police say residents have turned in two letters purporting to be from Bank of America that were determined to be fraudulent.