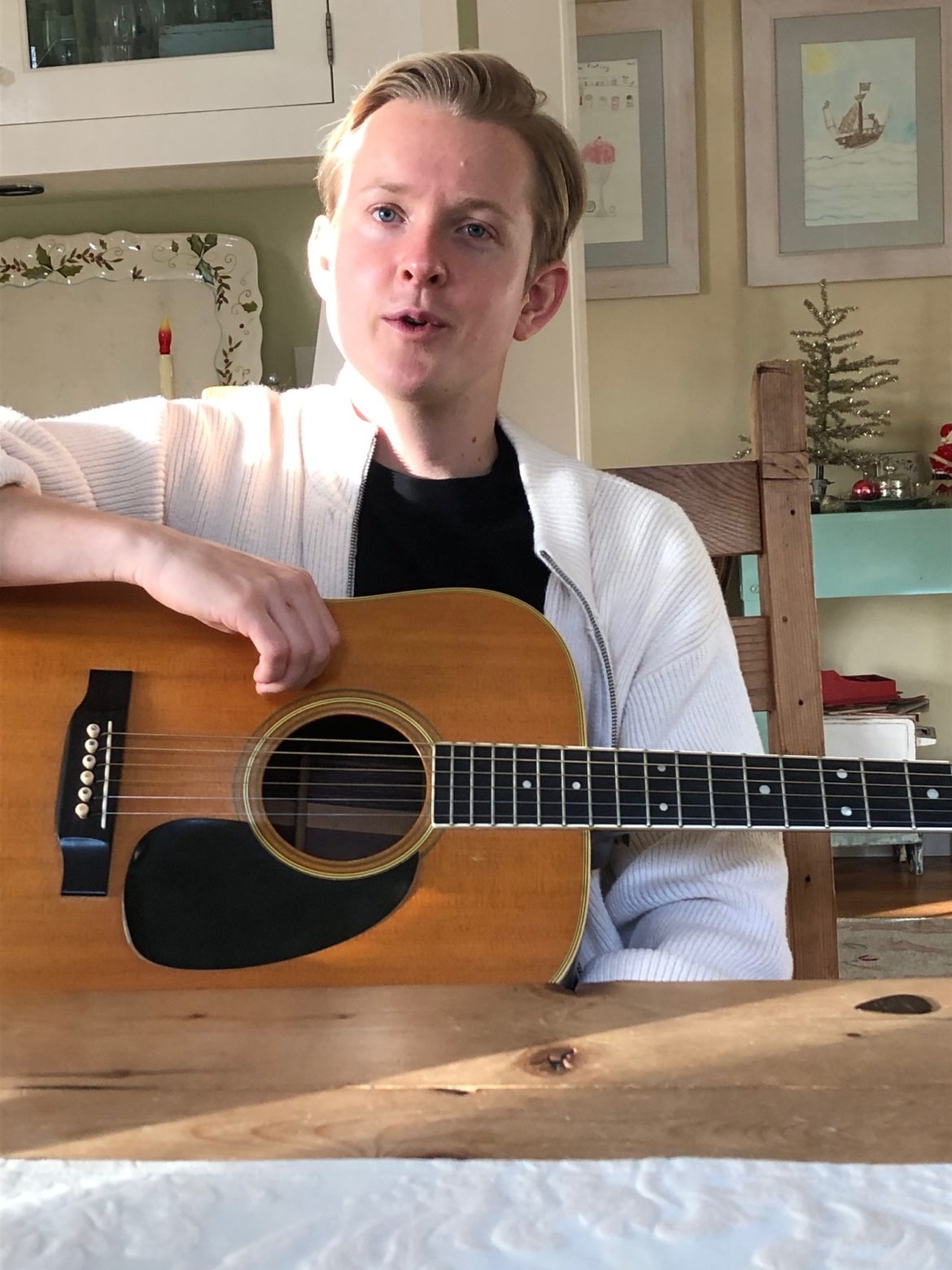 Told by his doc to stay home and recuperate, Becker decided to invite fans in for guitar lessons

Churning out chords on stage with his Stratocaster, guitarist Max Becker can put up a pretty impressive wall of sound. SWMRS, the punk band he launched a few years ago with his brother Cole and two other Piedmont High School pals has swiftly climbed up through the local club scene. Last year they began building a serious following outside the Bay Area. They even booked a European tour for 2020.

Until a car crash put it all on hold. Last October a minivan carrying Max and two of the band’s crew flipped over on a Wyoming highway, injuring all three of them. Max got the worst of it with busted ribs, broken shoulders, and a nasty knock to the head. The hospital kept him for a month.

Now recuperating at home in Piedmont, and under doctor’s orders to chill out and take a break from performing, Max soon realized that there was only so much Twitter and Netflix a housebound man could take. It was then that he hit on a cool way to keep up his musical chops while bringing a bit of fun into the mix: he’s offering guitar lessons.

Doctors and therapists have long said that music is an excellent way to help patients recover. Guitar, with its multiple strings, complicated chords and required finger dexterity provides a great mental and manual workout.

So the Exedra was positively stoked when we got a call from Max to ask if we would come on by for a lesson. I pulled out my guitar, which hasn’t seen much action since my college days, and climbed the stairs to the Becker home near Dracena Park. Max’s mom Tami greeted me, soon followed by Max who was cradling a sweet old Gibson acoustic guitar. He didn’t look like he had been in a car wreck. I cradled my old Martin guitar and we sat down at a butcher-block table in the dining room. The next hour was full of surprises.

First of all, Max is not a shredder or a guitar hero — and those are not what he teaches. Shredders go in big for high-speed solos and flashy finger work. Guitar heroes love high decibel power chords (“crank it up to 11”) and wield their instrument like a light saber. But as Max told me, “I like to show people how to think about guitar. You can do detailed stuff that makes a big difference, even if it isn’t the loudest or necessarily right up front.” Think of the Edge (the famous guitarist of U2 whose playing has been compared to pointillism). Max spent a few minutes showing me an assortment of unusual fingerings, adding a note here or there to magically change a standard chord into something that grabs you by the ear.

Like a lot of punk rockers, Max is mostly self-taught. Punk’s proud disdain for books and rules is what gives the music of punk royalty like the Clash, Green Day and Weezer their kick. But Max explained that it was his days in Joe Piazza’s music class back at Piedmont High School that sent him in the right direction once he decided to pick up guitar. “Mr. Piazza’s class was where I learned how to sing and understand notes and the functions of harmony. That helped me get started writing songs. I also did 2 semesters of music theory classes at Cal Poly.”

But he adds that students should have no fear. He’ll teach you how to listen and how to play, not how to decipher notes. “I find that it’s harder and more important to train your ear than it is to train your eyes.”

There were other surprises that surfaced during our lesson. When I confessed that the shelf-life of my personal guitar repertoire had expired around 2005, Max shifted smoothly into a lower gear. His repertoire runs pretty deep. We spent the next half hour duetting on songs I didn’t imagine he could have picked up: stuff by Oasis, U2, the Zombies, and even ancient chestnuts by the Beatles such as Michelle and  Norwegian Wood (a song he likes to teach) and the Beach Boys’s God Only Knows. I turned him on to some forgotten 80’s bands he’d never heard, like Prefab Sprout.

Last year Max gave a few guitar lessons via Skype to fans in Italy, Mexico and France, but this time the lessons he gives will be fact to face. Students will have to be able to get to Piedmont on their own. “I like to teach beginners,” he said.  “I’ll teach you until you get better than me. Then you’re on your own!”

Interested in scoring a guitar lesson from Max Becker? You must live in Piedmont. Send him an email at maxbeckaaaguitar@gmail.com. He’s waiting. He’s got some time on his hands.