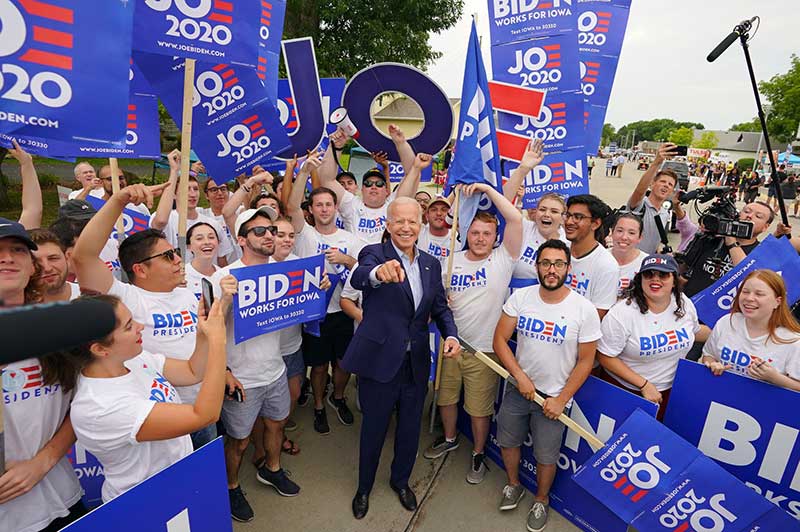 The candidate leading the way in the survey is U.S. Sen. Bernie Sanders, who has 27 percent support of likely voters, PPIC officials said. Next is former Vice President Joe Biden at 24 percent and U.S. Sen. Elizabeth Warren is at 23 percent.

A few other candidates collected support in the single digits among likely voters: Pete Buttigieg at 6 percent, Amy Klobuchar at 4 percent and Andrew Yang at 3 percent. Approximately 7 percent of the 530 people polled remain undecided.

Compared to a November 2019 survey, Sanders had gained 10 percentage points, according to the PPIC. Biden’s and Warren’s numbers didn’t substantively change. Among younger voters, ages 18-44, Sanders has the most support at 45 percent. Voters 45 and over favor Biden at 32 percent, Warren at 22 percent and Sanders at 15 percent.

Asked which candidate had the best chance at beating President Donald Trump, 46 percent said Biden, 25 percent Sanders and 10 percent Warren, according to the survey.