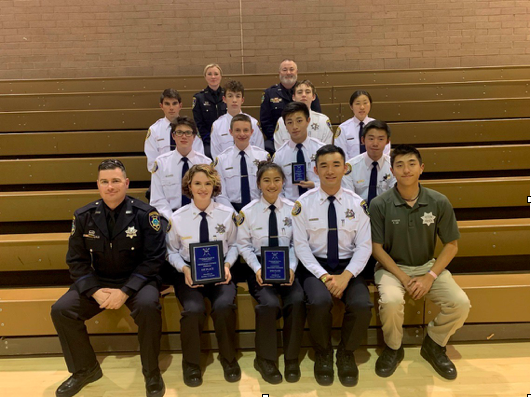 On January 17-19 2020, The Piedmont Police Explorers (Post 911), Officer Kincaid, Officer Casalnuovo, Explorer Advisor Princeton Liu, and I attended the 2021 Chandler Tactical Competition in Chandler, Arizona.  There were a total of 62 explorer/ cadet posts totaling 600 plus explorers/ cadets from around the United States.

The Piedmont Police Department had a total of 11 explorers attend this competition. The explorers competed in six different scenarios ranging from a crisis negotiation scenario, (5) person hostage rescue to a sniper challenge. The explorers were graded on their tactics, safety, and the ability to operate as a team. Our explorers were constantly praised for their command presence, enthusiasm, dedication, and team work by the evaluators.

The Piedmont Police Explorers represented our police department with dignity, respect, and to the fullest.