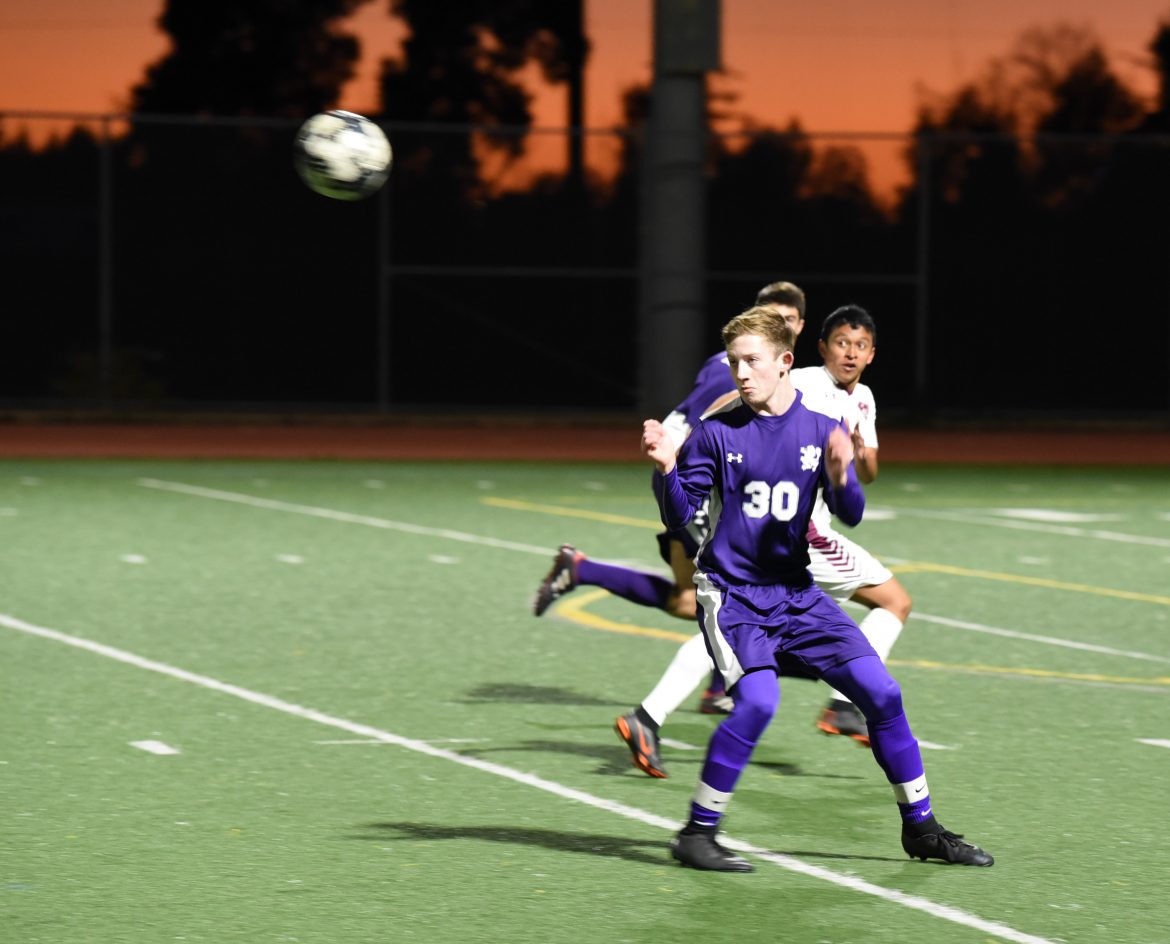 The Highlanders’ team cooled the Jets of Encinal High School in a 3-1 victory on January 10. It was the second game of the new year, the second win of the season, and the second time the PHS side beat a team from Alameda.

Piedmont dominated the first half. The offense, led by sophomore Patrick Alexandre, senior Rafael Stankiewicz, and senior Connor Stratman kept the Jets’ defense on the back foot.

A strong showing from the center field, especially junior Joe Hempeck and sophomore Andre Stankiewicz, kept the ball in the Highlanders’ half of the field. The defense, led by senior Rico Barker, junior Ben Marshburn, and senior Khiro Lambert, held Encinal to a single, unsuccessful shot on goal.

Despite the Highlanders’ strength, the score remained tied at zero apiece until stoppage time, when Piedmont converted two excellent set pieces from Ben Marshburn. The first set piece was sent into the net on a volley from Rico Barker; the second on a header by Rafael Stankiewicz.

The Highlanders’ dominance only grew in the second half, as the passing game excelled. In a rare defensive breakdown in the fourteenth minute, Encinal sent a ball past freshman goalkeeper Brady Hinsch, who was playing in his first varsity game after having kept a clean sheet in the JV team’s 8-0 rout of the Encinal junior side. The Jets’celebration didn’t last long, however. Three minutes later, on a cross from Connor Stratman, Patrick Alexandre returned the Highlanders to a two goal advantage.

“The goals at the end of the first half made my halftime talk easier,” said coach Todd Sullivan after the game. “In the second half we came up with great crosses, especially from some of our younger players—sophomore Connor Curtis and freshman William Daniel. And we got some good contributions from junior Will Shields, who came in off the bench.”

“And,” the coach added with a smile, “it was my birthday.”