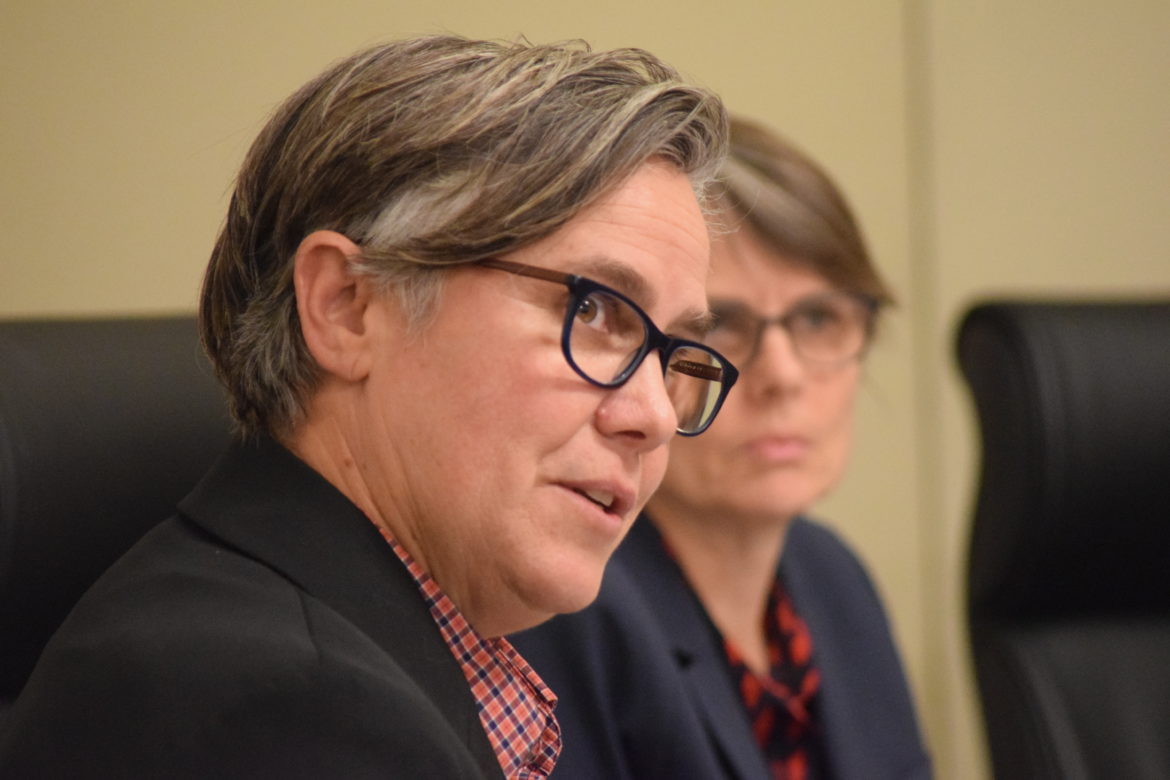 Pickleball in Piedmont, first discussed in Fall 2016, has gone from a virtually unknown sport to what one player said is fast becoming the most popular adult social activity in town. Players scored some major points Monday night when the City Council moved to add more playing time on school courts and explore a pickleball instruction program.

The Council authorized new Recreation Director Chelle Putzer to formally adopt a series of suggested modifications by the city’s Recreation Commission and its Subcommittee on Tennis Court Use and Pickleball. Those recommendations — approved by the council Monday night —  include:

*Expanding usage of the Piedmont Middle School pickleball courts to include weekdays after school, on school holidays, and during summer weekdays. According to a city staff report, there has been “significant communication” between the city’s Recreation Department and the school district about that, and discussions about logistics continue.

*Establishing weekend play at the middle school courts from 10 a.m. to 1 p.m. Saturdays and 1 to 4 p.m. on Sundays.

*Establishing a rec department-run pickleball instruction program. Putzer on Monday said the department is speaking to a couple of instructors about such a program, for beginning and intermediate players, run much like the department’s existing tennis classes.

This step forward comes after an eight-month Piedmont pickleball program that ended in November. Lessons learned during that time, and from various surveys and input at a series of public city meetings, went into a list of recommendations by the Piedmont Recreation Commission and its Subcommittee on Tennis Court Use and Pickleball. It was a slightly tweaked set of these recommendations that was approved by the council Monday night.

Among the suggestions not recommended, said Steve Roland, were a court reservation system and the reworking of the Linda Beach Master Plan to include provisions for pickleball.

“The short of it is that pickleball has been an incredible success in Piedmont,” said Roland, chairman of the Piedmont Recreation Commission. There are more than 100 regular players, he said, and about 180 total people on a mailing list for local pickleball news and events.

Though not exclusively a seniors’ activity, most Piedmont players are seniors, Roland said; the combination of physical activity and socializing has proven a popular draw, he said.

Because the pickleball players and tennis players are co-existing on the same physical courts, there have been some compromises among both groups. “There’s a healthy respect between them,” Roland said.

Players told the council Monday that Piedmont’s pickleball courts are often full and often have several players waiting for court time at a given moment.

Local players and council members anticipate an ongoing challenge in finding space for permanent, dedicated pickleball courts in Piedmont. Space for any local recreational sport, they say, is always at a premium, and so it is with pickleball.

“A good long-term plan, especially for permanent pickleball courts, is essential,” said Piedmont resident and player Jane Lande, who told the City Council that the sport is “super fun.”

Mayor Robert McBain vowed the work will continue. “From where we were 18 months ago, we’ve come a long way.”