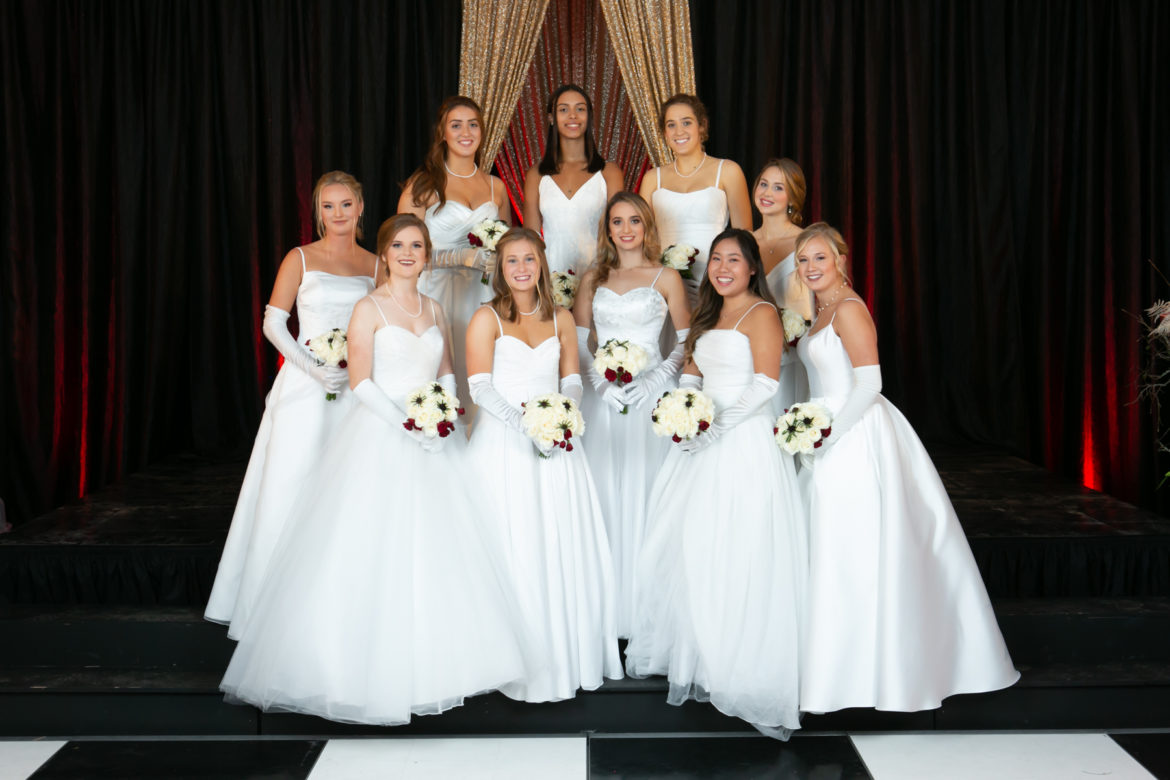 All photos by James Brian Studios

Since 1914, the Hill Branch of Children’s Hospital and Research Center Oakland, (now part of UCSF) has engaged in fundraising and philanthropic outreach for the hospital. The annual Winter Ball is the Hill Branch’s major fundraiser; it celebrates and honors young women for their achievements as they graduate from high school and begin their lives as young adults. Funds raised from participants, friends, and family who attended the event will be used to purchase child/infant-sized life-saving/diagnostic equipment from a physicians’ wish list. This year the money will be used to buy life-saving equipment, including a NICU sized 2-D TEE probe allowing a surgeon to see a tiny baby’s heart with not more than a needle inserted. Other money raised will go toward purchasing VR technology for the surgery suite.

The fancy parties that were a hallmark of past Hill Branch debutante scenes have been replaced by more casual outings, including touring the hospital, working at the 40th Annual NICU reunion picnic, and making breakfast and providing gift bags for parents staying at Family House (the hospital’s low-cost temporary housing) over Thanksgiving and Christmas breaks. Even a casual beach outing over the summer included making gifts of tiny tye-dye shirts for babies in the NICU.

“Winter Ball isn’t about introducing young ladies to society, but more so getting them involved into the society of philanthropy and specifically CHO,” said Proctor. “This year’s group of young women will continue being invited to join us in activities benefitting the hospital and it’s patients for years to come.”

All young women who are current Seniors in high school are welcome to join the 2020 event. The next information meeting will be held on Thursday, January 16, 7 p.m. at CHORI, 5700 MLK Oakland. Email Sydney Proctor for more details.

Children’s Hospital Oakland was cutting edge from the beginning

From the start, CHO opened its doors to all. The hospital treated children under age 5 regardless of race, religion, or ability to pay. Bertha Wright, a nurse and co-founder, understood that educating women about pregnancy and childbirth would result in healthier mothers and babies. Her early clinic had less than a 7 percent mortality rate compared to mortality rates that were anywhere from 12 to 20 percent elsewhere.

Wright also pioneered a birthing experience that cost about 25 percent less than the standard midwife. At a time when female doctors were a rarity, the hospital had female doctors on staff in 1922. (Harvard Medical School didn’t even admit women until 1945.) CHO was also one of the first hospitals on the west coast to have an African-American doctor on staff. The hospital remained at the forefront of providing care to all, treating the influx of immigrants to the area in the 30’s and 40’s as well as delivering and treating unmarried pregnant women.