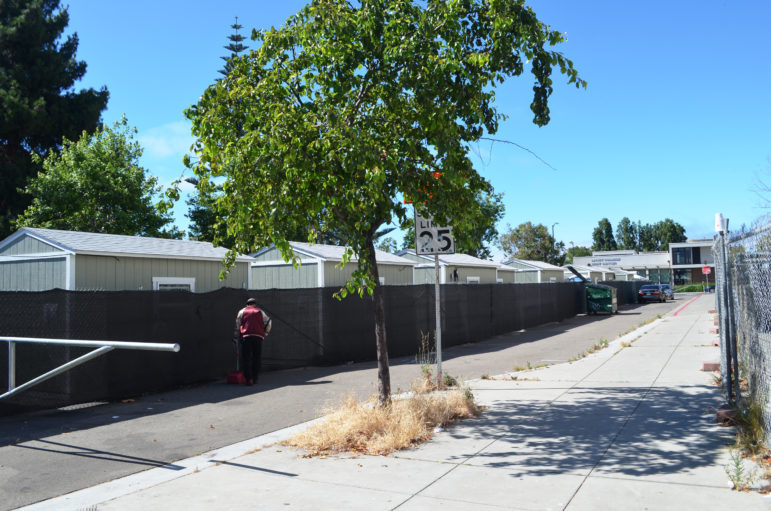 Oakland City Council President Rebecca Kaplan said on Thursday that the city should buy properties at auctions to increase the supply of affordable housing in the city.

“I am urging that the Oakland City Council take action to acquire some of the properties on Alameda County’s list, (and potentially others), to help with our housing crisis,” Kaplan said in a news release. “With the stark crisis facing so many in our community we need an all hands on deck approach to provide for vitally needed affordable housing,” Kaplan said.

Kaplan’s statement didn’t refer to the two-month-long takeover of a West Oakland home by homeless mothers and activists that ended early Tuesday morning with sheriff’s deputies evicting them and arresting four people. But Kaplan supported the homeless mothers and said at a rally at the home at 2928 Magnolia St. on Monday, “We will fight against predatory foreclosures and wrongful evictions that are displacing our community and causing more people to become homeless.”

Late last year Kaplan also said that putting homeless people on cruise ships is one of a number of proposals she has for helping the growing number of homeless people in her city. Kaplan said at that time that Oakland must “be willing both to expand known strategies, such as navigation centers, and include innovative solutions, like cruise ships and co-managed encampments.”

In her statement on Thursday, the council president said, “Numerous people have been subjected to predatory foreclosures and wrongful evictions, leading to displacement and thousands of people living on our streets.” She said, “Our city government has the power to act in ways that we have not been using thus far, to help acquire properties through methods which reduce the problem of bidding wars and can help protect our community from displacement.”

Kaplan said, “We have learned that we also have the power as a city, regarding properties which the county is preparing to auction, to acquire those properties for housing our community. In order to do so, it will require timely action on our part.”

She said the issue is important because a survey last year found that the number of homeless people in Oakland grew by 47 percent from 2017 to 2019. Kaplan said the City Council already has declared a local emergency because of the homelessness crisis and has set aside funds to buy and rehabilitate properties for affordable housing. Kaplan said, “Such funds can be more effectively mobilized if we use strategies to acquire properties in a timely manner, and avoid being caught up in bidding wars.”

She said the city also has the power to be in a stronger position to acquire properties by using the power of its budgeted funds to be able to quickly offer cash offers to property sellers. Kaplan said she is asking the City Council to adopt a resolution to buy specified properties that can be used, in partnership with community-based organizations, to help house people in need.