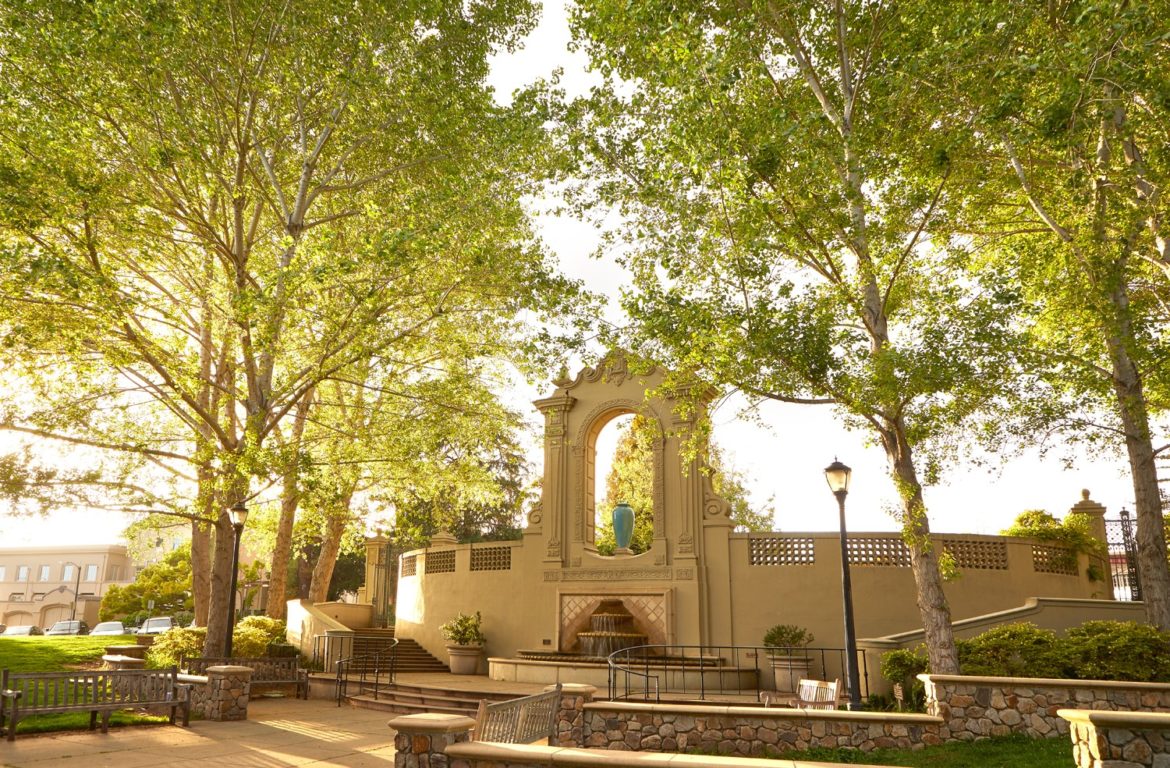 The Heritage Tree program, created in 2018 under the leadership of Park Commissioner Jim Horner, provides an opportunity for the Piedmont community to recognize special and distinctive trees.

Last year, the Commission selected five trees from more than a dozen proposed. Mayor McBain recognized the five winning trees and the citizens who nominated them at Piedmont’s annual Arbor Day celebration in April. Last year’s five winning trees built on the original four announced in 2018, bringing the total to nine trees.

2019 winners include the grove of eastern redbuds growing at the west end of Piedmont Park off Wildwood, nominated by Lisa Kieraldo; the massive coast redwood growing in front of 71 Hazel Lane, nominated by Cindy Rafton; a reclining coast live oak in Piedmont Park nominated by Amber Brumfiel, and the four evergreen dogwoods that frame the City Hall entrance, nominated by Bobbe Stehr and Mark Enea.

The final addition to the prestigious group is the dense grove of 18 coast redwoods in the traffic triangle at Wildwood, Nova and Magnolia. These redwoods date back to the late 1800s and were nominated by Gail Lombardi and Claire Faughnan.

Submitted nominations will be evaluated on their aesthetic, education, or historical metrics. The trees must be on public property, such as parks, medians, and streets, and nominations are welcome from anyone in the community. After vetting by Public Works department arborists, qualifying trees will be forwarded to the Park Commission for review and selection.

The winning trees will be recognized at this year’s Arbor Day, April 9. Nominations are open until March 16, and forms are available on the City’s website: www.ci.piedmont.ca.us.