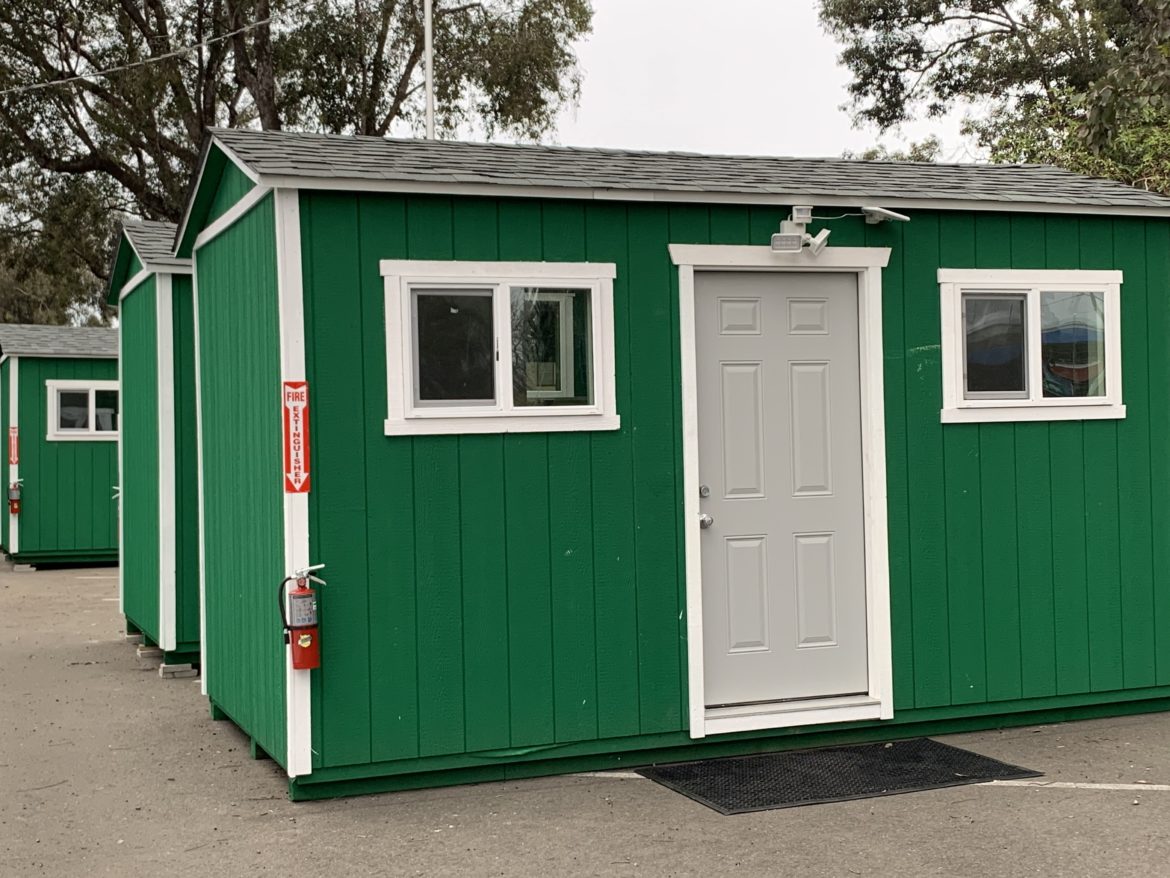 Oakland Mayor Libby Schaaf and other city officials on Tuesday opened another set of community cabins aimed at addressing the city’s growing homeless crisis. The new set of 19 cabins at Oak and Sixth streets, near the Chinatown and Jack London Square neighborhoods, is the seventh such site since the city launched the cabin program in December 2017.

Caltrans has leased the property to the city for $1 a month. Each cabin has two beds so the new cabins will be used to house a total of 38 people. The new cabins bring the total number of cabin beds throughout the city to 232. Past cabin communities were paid for by large donors such as Kaiser Permanente and Sutter Health, but the new site received contributions from more than 170 individual Oakland residents.

“The Oak Street site is a tangible example of what happens when the community comes together to help one another,” Schaaf said in a statement. Schaaf said, “More than 170 Oaklanders contributed to creating this community — 170 beautiful, compassionate hearts, who reached into their pocketbooks because they wanted to do something about homelessness.” Schaaf said community cabins offer what she described as “the 4 P’s,” accommodations for pets, partners, possessions and a lockable door for privacy. She said insulation protects from noise and the elements and each cabin has a low-voltage power outlet for phone charging.

Schaaf said community cabin sites are an emergency intervention designed to serve as a temporary bridge from the sidewalk to services, from the street to housing. She said the first six community cabin sites have served 611 people since December 2017. Schaaf said 56 percent of those people who have left the cabins moved on to permanent or more supportive housing. She said more than 200 of that group have obtained a driver’s license and 145 people have found employment. It will cost $850,000 a year to operate the site and the money will come from the California Homeless Emergency Aid Program.