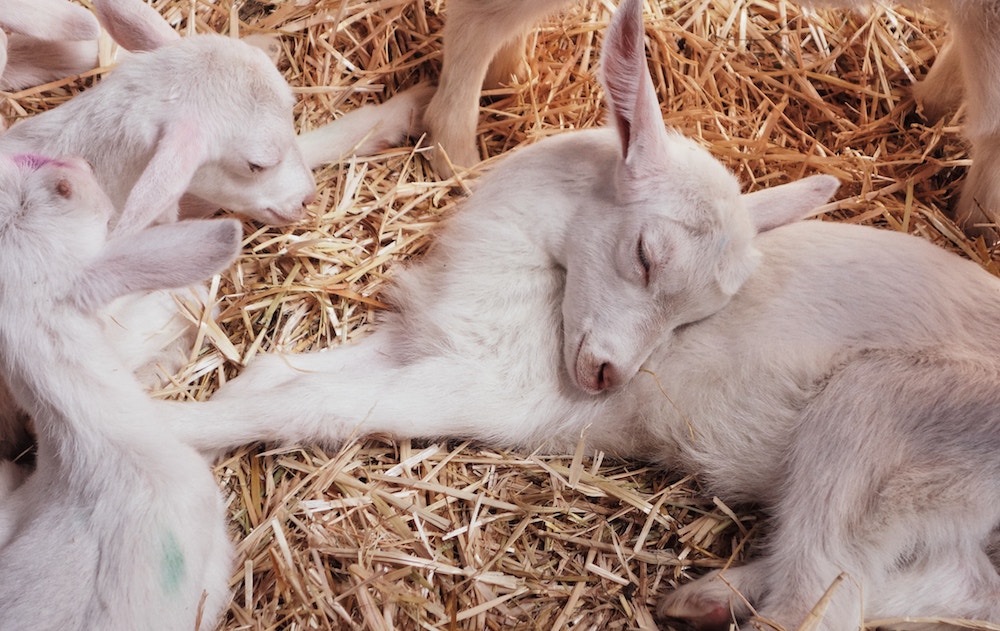 Will it be Jimmy Garoppolo for the 49ers or Patrick Mahomes for the Chiefs?

Zoos in San Francisco and Kansas City are looking to get each other’s goat by putting naming rights on the line for a bet over Sunday’s Super Bowl.

The bet? The losing side will have to name a new goat kid after the winning team’s quarterback, along with sending a gift basket and displaying a sign in a prominent location at the zoo congratulating the Super Bowl champion.

The San Francisco 49ers and Kansas City Chiefs will play in the Super Bowl in Miami on Sunday, with Jimmy Garoppolo leading the 49ers as quarterback and Patrick Mahomes for the Chiefs. The San Francisco Zoo & Gardens recently welcomed several young goats that currently do not have names, while goat kids at the Kansas City Zoo are generally born in the spring.

If the 49ers lose, the San Francisco zoo will also have to send Ghirardelli chocolate, sourdough bread and Napa Valley wine to Kansas City, while they will receive BBQ, craft beer and local sweets from Kansas City if the 49ers win.

Tanya Peterson, CEO and executive director of the San Francisco Zoological Society, noted that San Francisco won a bet between the two zoos when the San Francisco Giants baseball team beat the Kansas City Royals in the World Series in 2014, “so there might be a little revenge factor.”