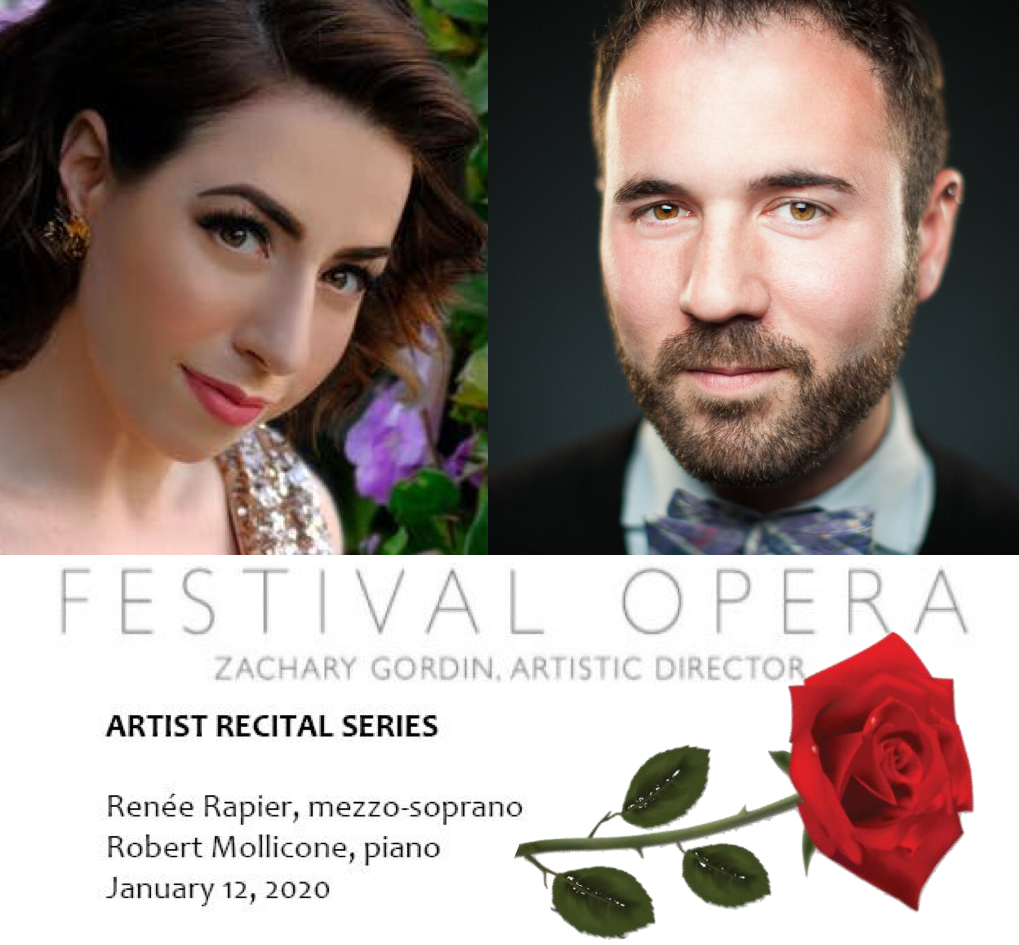 Rapier brings to the stage a radiant performance presence and rich tones throughout her vocal range; often within one program demonstrating dazzling brilliance at the top, power and ease in the mid-range and raw vulnerability or admirable flexibility of color in her voice’s low register. While sensitive to an aria’s structure and in full command of the technical requirements, Rapier excels especially in roles in which saucy humor and larger-than-life passions are essential, like the title role she will play next July in Festival Opera’s production of Bizet’s Carmen.

Mollicone, also a conductor and member of the San Francisco Opera music staff, earns recognition not only as a fine pianist, but as a coach, prompter, and assistant conductor. Since 2010 he has prepared and assisted on over 40 productions, working with conductors including Jesús López-Cobos, Stephen Lord, Donald Runnicles, Patrick Summers, Nicola Luisotti and others. Dedicated to the development and performance of American opera, Mollicone makes guest conductor appearances and performs frequently on the concert stage with solo vocalists. In May 2016, his Carnegie Hall debut with soprano Melody Moore earned broad praise.

Shostavich’s Spanish Songs have the Russian composer expressing a brighter, more upbeat slant than many of his longer compositions for orchestras and chamber ensembles. Even so, especially in several slower songs, the low-range voice and piano and adagio tempi shades with darker tones the otherwise, dancing and brisk or gentle and lush melodies. Just when doom or mournfulness begin to prevail, the music takes off with sudden, happy vigor, providing delightful contrast.

A complimentary wine reception with the featured artists follows the performance. The series continues March 22 with soprano Carrie Hennessey and pianist Jennifer Reason. On May 17, soprano Lila Khazoum and pianist Alexander Katsman conclude the series.