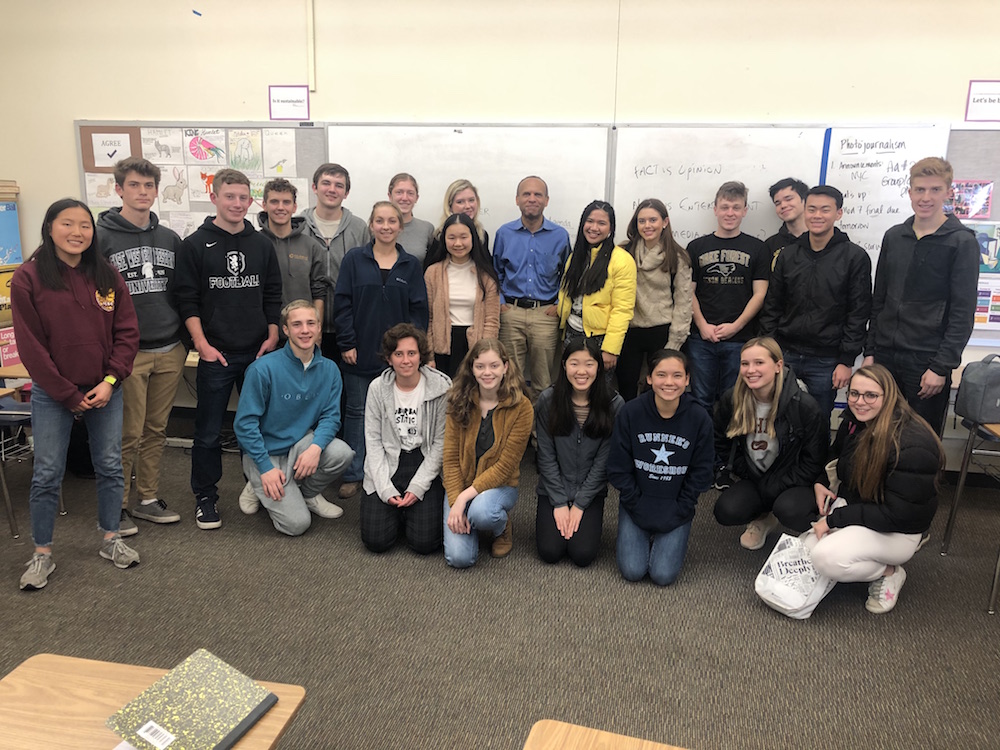 Exedra advisor and director of UC Berkeley’s undergraduate journalism programs, David E. Thigpen, was invited by PHS journalism teacher Beth Black to speak to Piedmont Highlander staff on Monday, Jan. 13 about his experiences in journalism and what the future holds for the media.

Speaking to the class of 22 mostly junior and seniors, Thigpen described his career path in magazine journalism, and what it was like in the old days before media fragmented — access to presidents, corporate leaders, Hollywood actors and recording stars. He discussed the wrenching changes the media business has gone through in the last decades and where he believed the news business was going.

“Journalism is still a great field in which to make a career, for the positive influence one can have on the life of a community, and for the excitement of having a front row seat to analyze the issues of the day, ” he said.

He noted that the students all had a clear understanding of the power they wield as journalists, the responsibilities they bear, and was impressed with the care they took in publishing the Highlander.