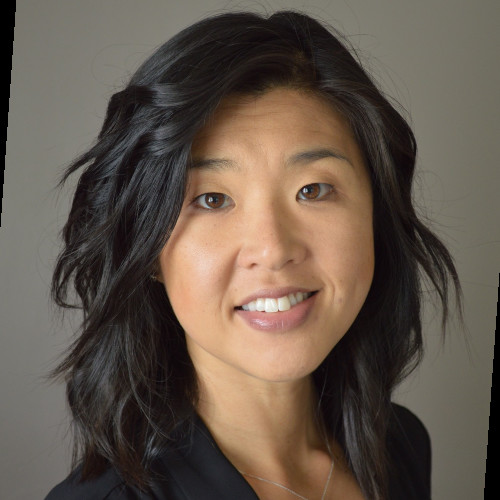 Piedmonter Linda Wendel is the founder of The Talent Pool.

Piedmont is always a great place for networking, but for professional women and aspiring young girls there’s never been a better time than now. As high schoolers prepare to head off to college followed by careers, a new business/social network launched by a Piedmont executive is ready to share career advice.

The Talent Pool, as the network is called, has 59 successful women as members. They come from fields such as media, law, healthcare, government, architecture, and more. They work for Pixar, the Alameda County Superior Court, Kaiser Permanente, the U.S. Department of Labor, and KTVU. They’ve founded companies, they’re wives and mothers, they all live in Piedmont, and perhaps most importantly they’re all strong role models.

Launched last September by Piedmonter Linda Wendel, The Talent Pool is a online and face-to-face community that connects Piedmont girls with professional women. It started a year ago when Wendel desired a way to make professional women more visible for her daughter Emma, 7. After leaving her corporate sustainability job at an investment firm, Wendel decided to take the idea and run with it.

“It’s something I’ve wanted to do for the past two or three years as my daughter was getting older,” said Wendel, who’s lived in Piedmont for nearly eight years. Already involved with the parents club and as the vice chair of the Piedmont Education Foundation Board, Wendel reached out to her extensive network last summer. She then came up with an elevator pitch to test out on her friends: “Hyperlocal like NextDoor, but career-oriented and browsable like LinkedIn.” It worked.

Wendel, who also has a son, Ryan, who is 10, wants her daughter to have the same opportunities as boys do. It’s not that there aren’t as many female role models as male role models, she said, its just that they’re less visible.

“Women just don’t amplify what they do,” Wendel said. “We’re a tiny community, but we have some amazingly high-achieving, super accomplished and really smart women in our community.”

Wendel wants to bring these women to the forefront. Because success comes in many different forms, role models are asked to share stories rather than reciting their credentials. Some share their career paths, some shared their formulas for a successful work-life balance, and others doled out insightful personal tips.

“I intentionally tried to reach out to women who weren’t the standard definition of success,” said Wendel. “Yes, we might have CEOs and CFOs and successful lawyers on the site, but I also wanted women who started a business out of her house [or] the woman who changed her career three times.”

While role models don’t need to fall under any definitions of success, they do have to live in Piedmont (Wendel does her own background checks), identify as a woman, be willing to have their information on the site and be responsive if a student reaches out. She also saw this as an opportunity to bridge connections between role models.

It didn’t take long before applications for role models poured in. One who wanted to share her experience is the architect Jane Lin. She joined The Talent Pool to help girls get interested in architecture, and to broaden her own network.

“If I had the Talent Pool as a resource when as a teenager, I think I would have considered more types of careers,” said Lin. “It was always a mystery to me, back then, what adults actually did with their lives. Networking was a great secondary benefit of joining the Talent Pool.”

Said one role model: “If I had the Talent Pool as a resource when I was a teenager, I think I would have considered more types of careers ”

Another role model, Michele Kwok, a business owner and government executive who oversees the Veterans Affairs regional office in Oakland. She remembers being asked as a young girl what she wanted to do when she grows up. She didn’t have a definitive answer.

“I was only familiar with what my parents did for a living and that of other traditional careers,” said Kwok. “There were no resources to show me all the possibilities out there or how women got to where they did. I certainly didn’t have many female role models to ask questions of.”

Kwok said she was thrilled when Wendel created The Talent Pool. “We now have this wonderful opportunity to collectively pass on our life lessons and workplace experiences to equip our girls, so that they have a fighting chance for gender equality,” she said.

Next up, said Wendel, is building connections to students at the two Piedmont high schools. They’ve begun discussions with Piedmont High and are looking to work with Millennium High School next. At a recent meeting of the PHS Feminism Club, club president and senior class president Kami Zimmer exited the presentation expressing delight at connecting with successful women in her own community. Forty-four other PHS students have signed up.

“We’re all about to graduate high school and go off in our different life paths and it’s common to freak out at this time,” said Zimmer. “It’s really cool to just have another generation of role models to give us the confidence boost that we sometimes need.”

“It’s really cool to just have another generation of role models to give us the confidence boost that we sometimes need.”

Zimmer is interested in studying theater in college, possibly working in nonprofits, and learning more about female representation in politics. Seniors can feel immense pressure to know and have a plan after high school, she said. “I would love to hear from women what it was like to study so many different things and get into different career paths later on. It would be comforting for me to hear that you don’t have to do it all when you’re 18.”

There are also opportunities for The Talent Pool to grow beyond Piedmont, beyond the Bay Area, and even beyond California. Wendel said she has received interest from friends living in Marin County and Colorado.

“I would love to use the power of our network in Piedmont and make it accessible for first generation college students or for girls in Oakland who maybe don’t have access to role models like the girls in our town do,” she said . “I think it’s a huge benefit for girls to be able to see strong and successful women. It opens up their imagination to what’s possible for themselves.”

You can check out the Talent Pool here.