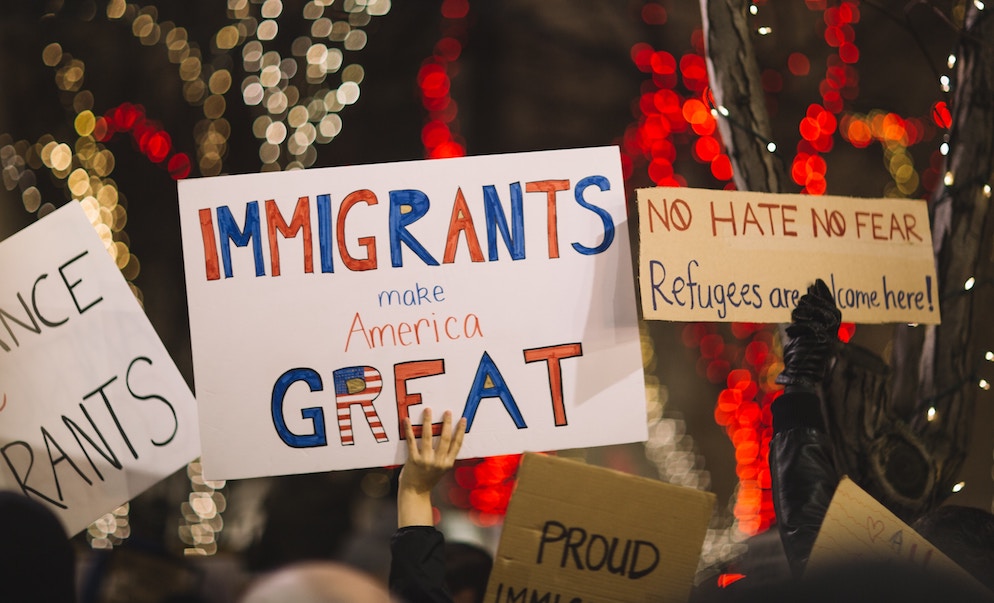 California officials said Monday they will continue to challenge the federal government’s revised “public charge” rule despite a Supreme Court order allowing the measure to go into effect for the time being. California Attorney General Xavier Becerra said, “This rule harms our children and families in communities across the country. It hurts our economy and the healthcare of so many Californians.

“Together, we’ll continue our fight to stand up for the rights of each and every person who calls the United States their home,” Becerra said in a statement.

The rule by President Donald Trump’s administration would allow officials to deny admission, visa extensions or permanent legal residency to immigrants who are or may become a so-called “public charge” by obtaining government aid for housing, food or health care.

An immigration law that allows such denials was previously interpreted more narrowly to apply only to legal immigrants who depend primarily on government aid for survival by receiving cash welfare payments or institutional care. The new rule would also apply to legal immigrants who have received or might receive even small amounts of non-cash assistance through Medicaid, food stamps or housing aid.

In Monday’s order, the high court by a 5-4 vote issued a stay of a nationwide preliminary injunction handed down by a federal judge in New York. The stay enables the Trump administration to put the revised rule into effect until all appeals, including a possible appeal to the Supreme Court, are completed.

The U.S. Justice Department said it “is grateful for the Supreme Court’s decision today to stay another nationwide injunction that prevented the administration from implementing an important immigration policy well within the scope of the laws passed by Congress.”

“As the Department has stated repeatedly, nationwide injunctions that grant relief outside the parties to the case are inappropriate and must be curbed,” the agency said.

The rule announced in August was challenged in several lawsuits filed in federal courts around the country. Two of the lawsuits were filed in San Francisco: one by California and three other states and one by Santa Clara County and the city of San Francisco. U.S. District Judge Phyllis Hamilton issued preliminary injunctions in both those cases in October.

But in December, a panel of the 9th U.S. Circuit Court of Appeals in San Francisco stayed the injunctions, as well as a third injunction won by 13 states in federal court in Washington state, until appeals are completed. While the revised rule can now be implemented for the time being, the full appeals in the California cases as well as the New York case can continue.

Santa Clara County Counsel James Williams said the county’s lawyers are “deeply disappointed” with the Supreme Court order, but said, “We will continue to fight this illegal and dangerous rule and believe our legal claims will ultimately prevail.” The state and local governments have argued the rule will discourage legal immigrants from obtaining needed services, shift health costs to local emergency services, and increase the risk of infectious diseases.

Williams said, “The chilling effects of this rule will threaten the health of our communities, as patients refuse to seek the care they need out of fear that it will impact their green card applications. And the ruling couldn’t come at a worse time.

“As our health officials work to prevent spread of the coronavirus, maintaining the trust of all residents is critical. Life-threatening viruses do not distinguish between immigrants and citizens, and Santa Clara County does not either.”

San Francisco Mayor London Breed stated, “President Trump’s ‘public charge’ rule is an abusive attack on our immigrant communities designed to make our most vulnerable residents choose between critical services or remaining in the United States.

“We will keep doing whatever we can to support immigrants living in our city, and will continue providing critical services to our most vulnerable residents,” the mayor said.

Gov. Gavin Newsom said, “Because of the ‘public charge’ rule, families are already going hungry and people are avoiding needed medical care. California will continue to fight against these efforts to terrorize immigrant families.” Cynthia Buiza, executive director of the California Immigrant Policy Center, said, “This dangerous policy seeks to restructure our immigration system in favor of the privileged and wealthy.

“Trump’s expanded public charge rule weaponizes vital public benefits programs that families use to ensure a healthy and secure future in the United States,” she said.