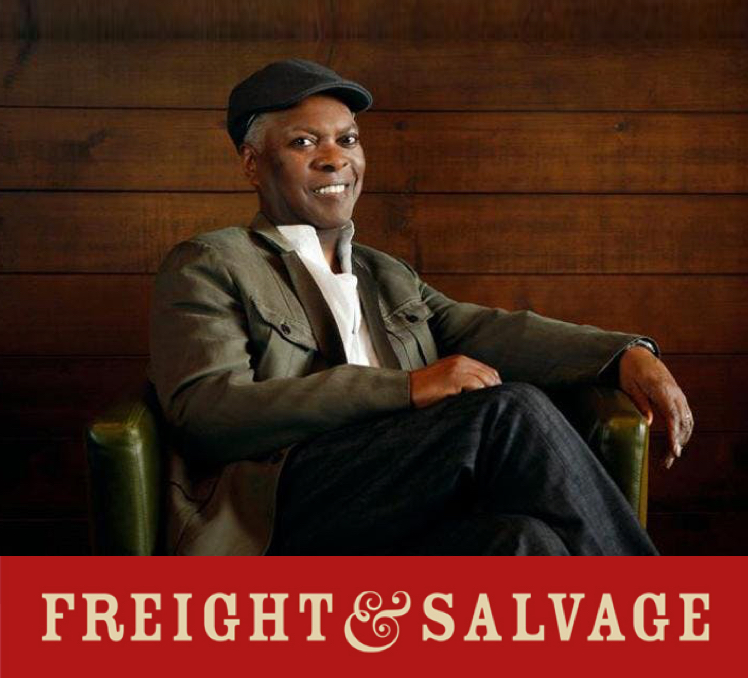 For decades, four-time Grammy Award-winning Booker T. Jones has captivated audiences worldwide with his smooth groove and deep soul sound. Swinging into Berkeley’s Freight & Salvage for two nights, Jan. 31 and Feb. 1, the Rock and Roll Hall of Fame inductee (1983) and Grammy Lifetime Achievement Award recipient will read from his new memoir, Time is Tight: My Life, Note by Note, and engage in a brief Q&A.

Because no encounter with the renowned multi-instrumentalist, songwriter, record producer, and arranger would be complete without a musical performance, the evening’s second half is all about the tunes. Carrying audiences back in time over five decades, the setlist includes selections from his new album, Note by Note, and classic songs for which he is best known. Over the years, Otis Redding, Bob Dylan, Wilson Pickett, Willie Nelson, Carlos Santana and many other leading artists collaborated with Jones, and this week he will share the stage with his son, vocalist/guitarist Teddy Jones, in performance of his current material.

Establishing a legacy career that continues to inspire 21st century R&B and pop musicians, (the elder) Jones is arguably best known as frontman of the former band, Booker T. & the M.G.’s. Hit songs recorded by Jones and the band at Memphis’ Stax Studio include “Green Onions,” “Hang ‘Em High,” “Melting Pot,” and “Time Is Tight.” The first of these songs he wrote at age 17 while a senior in high school; the last song’s title was adopted for his new autobiography.

In an NPR Music Tiny Desk Concert, Jones tells the story of being captivated at age 10 by his piano teacher’s playing of a work by Bach on the organ. The “old piece of furniture” in her house that he had assumed held only dishes instead was a magical sound machine. The organ grabbed his curiosity and launched a lifetime of instrumental pursuits and songwriting mastery. Even the segregated South in Memphis that limited his opportunities during childhood and put his family at economic disadvantage couldn’t contain Jones’ energy and enthusiasm. A paper route supplied his early, self-funded organ lessons. As a teenage whiz kid at Stax Studio he recorded continuously and eventually created albums that sold millions of copies and earned industry awards.

Tracks on Jones’ new album, a selection of which will be presented at The Freight, flow from Stax hits to a never-before-recorded ending for the classic, Time is Tight, to his most recent, original songs. The album is thereby a parallel soundtrack to Jones’ new book; mirroring the narrative and timeline of milestones described in the memoir.