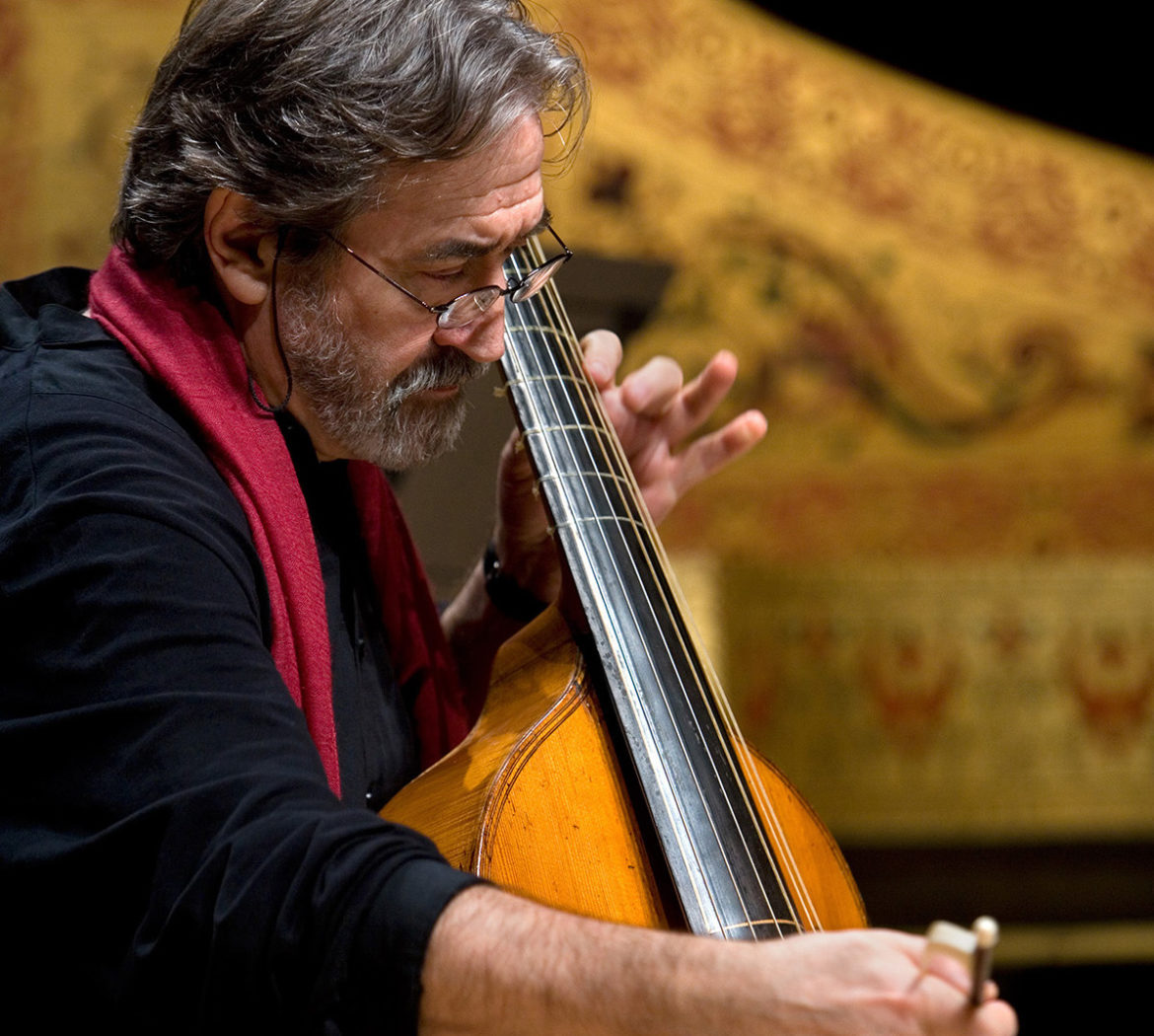 Barcelona native and award-winning conductor, scholar, and concert impresario Jordi Savall will perform a comprehensive program of Spanish and Mediterranean Renaissance music, Splendor of the Iberian Baroque, at Berkeley’s First Congregational Church on Feb. 1. The program features early music rooted in the rich storytelling traditions of 16th and 17th century theater, dance, and opera from the Iberian Peninsula.

Delighting audiences for more than 50 years, the multi-talented Savall is a virtuoso viola de gamba master and founder of the seven-member instrumental ensemble, Hespèrion XXI, and the Grammy-winning choir La Capella Reial de Catalunya. Savall will be joined in Berkeley by the ensemble and choir.

Works included in the upcoming performance demonstrate signature features—intricate layering of textures and chord progressions, harmonies that range from the exuberant to the mournful, and his variations on motifs both traditional and non-western—all evidence of his talent as a composer and the reason he has earned multiple awards. Enduring themes of love, war, betrayal, faith, and sacrifice are featured throughout the performance.

Known for his virtuosity with the gamba instrument (more commonly referred to as “viol”) which has a lower volume than a cello, Savall is widely praised for the balance achieved by the instrumentalists of Hespèrion XXI, who perform on treble, tenor and bass viol, violone, guitar, vihuela, Spanish Baroque Harp and percussion. Savall has released over 230 recordings of Medieval, Renaissance, Baroque, and Classical music; historians and scholars would do well to investigate Savall’s eight books and cinema fans might find pleasure in his stunning contributions on the soundtrack of the 1991 movie Tous les Matins du Monde.

Tickets for the 8 p.m., Feb. 1 Cal Performances event at the First Congregational Church in Berkeley are available online here