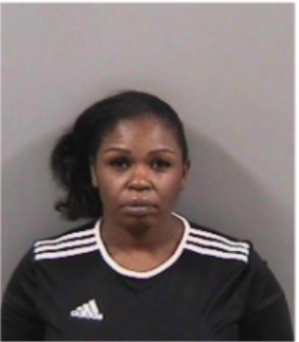 On Dec. 17 at 9:50 p.m., Piedmont police officers were called to a home on St. James Place for a report of a package theft.  The victim reported they ordered an Apple IPad via Amazon.  The package was scheduled to be delivered and signed for via United Parcel Service (UPS) on Dec. 17.

Video surveillance revealed that when the package was delivered, a UPS driver’s aide, wearing a reflective yellow vest, delivered the package, signed for the delivery, and then removed the contents of the package.

Within three minutes of the delivery, the victim went outside to retrieve the package, found that it was empty and then reviewed their home surveillance system and determined what had occurred.

Piedmont Police, with the help of UPS, were able to quickly identify the suspect as Unyque Marie Alley, a 40-year-old Oakland resident.

She was located on the delivery route in Piedmont yesterday [Dec. 19] and taken into custody without incident.  She was transported and booked into the Berkeley Jail for 488 PC, Petty Theft.

One thought on “UPS worker arrested in Piedmont package theft”