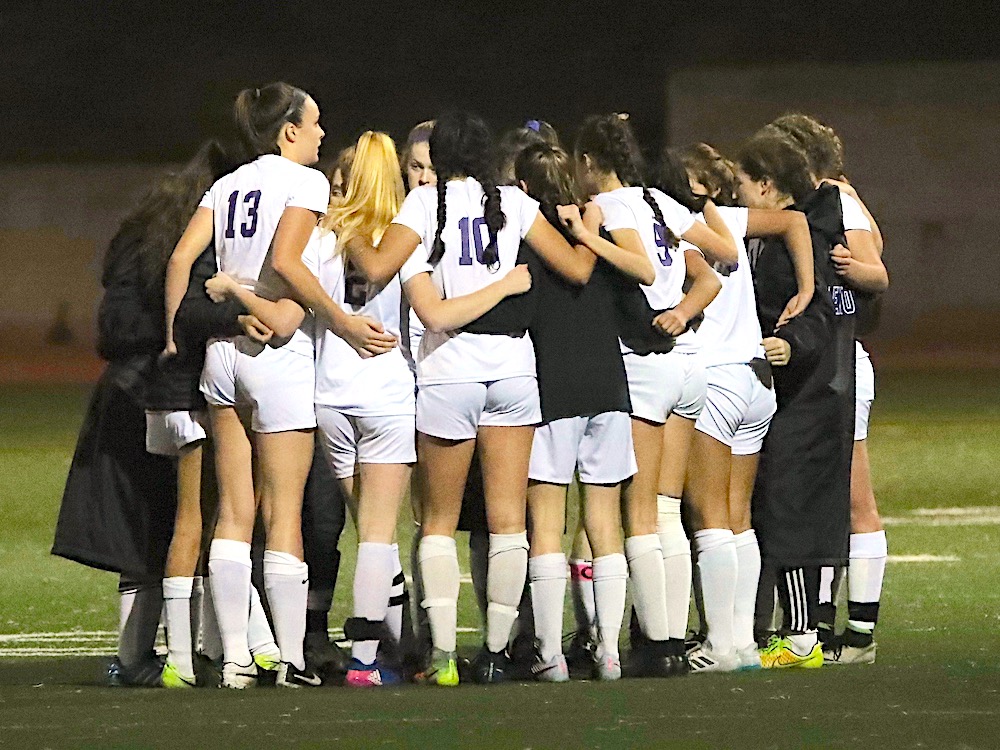 The Piedmont High School girls soccer team is looking to build on a very successful 2018-19 season. A year ago, the Highlanders finished 13-6-1, and made it to the North Coast Section Division 4 semifinals, losing to top-seeded Cardinal Newman.

“We’ve got 11 or 12 seniors,” coach Dan Chubbock said. “That makes a difference, having those girls who have been there before, who have been through it. A group of girls who are playing their last year of high school soccer. Our seniors really rise to the occasion.”

The team should be especially strong on the offensive end. Ashley Nelson, Fiona Hunter, Ceci Brien, and Peri Ozsoy are all back for their senior seasons.

“I think we’ll score goals this year,” Chubbock said. “I think this year we’ve got a very strong attacking team.”

Much of the graduated talent held up the defensive end. Chubbock said two returners will be key, moving out of position to take the center back positions. Sophomore Nina Goldberg played on varsity as a freshman, and senior Lucy Barrett is also returning.

They’ll be in front of a freshman goalkeeper, Morgan Hunt. She stands 5’9″ – a key for a young keeper, according to Chubbock.

“She does not look like a freshman,” he said. “We’re not giving teams that psychological edge where they say, ‘Look, a freshman goalkeeper!’

“Morgan’s a great kid. I’m sure there are going to be games where there is a struggle. She plays U15 so she’s going to go from playing 14-year old girls to 18-year old women. We’re excited. The journey isn’t just this season. For us, it’s how is she going to be a year from now, two years from now. That’s exciting to see.”

Chubbock added, “We’ve got the potential to build a good defensive team.”

The players are just starting the process of molding into a team. Several players were still playing club ball when the Highlanders opened their season with a 2-0 loss to Northgate on November 26. Chubbock said the game gave him a chance to see junior varsity players compete at the varsity level, something that can only help Piedmont’s depth later on in the season.

“High school can be a grueling season,” Chubbock said. “Everyone will play a part. We’ll try to give every player an opportunity. The first goal is always to try to make the playoffs. This year is going to be different because we aren’t as strong in the back.”

But the coach added that every season is different and the Highlanders are very much looking forward to the challenge.

“I’m looking forward to getting going with the season,” he said.