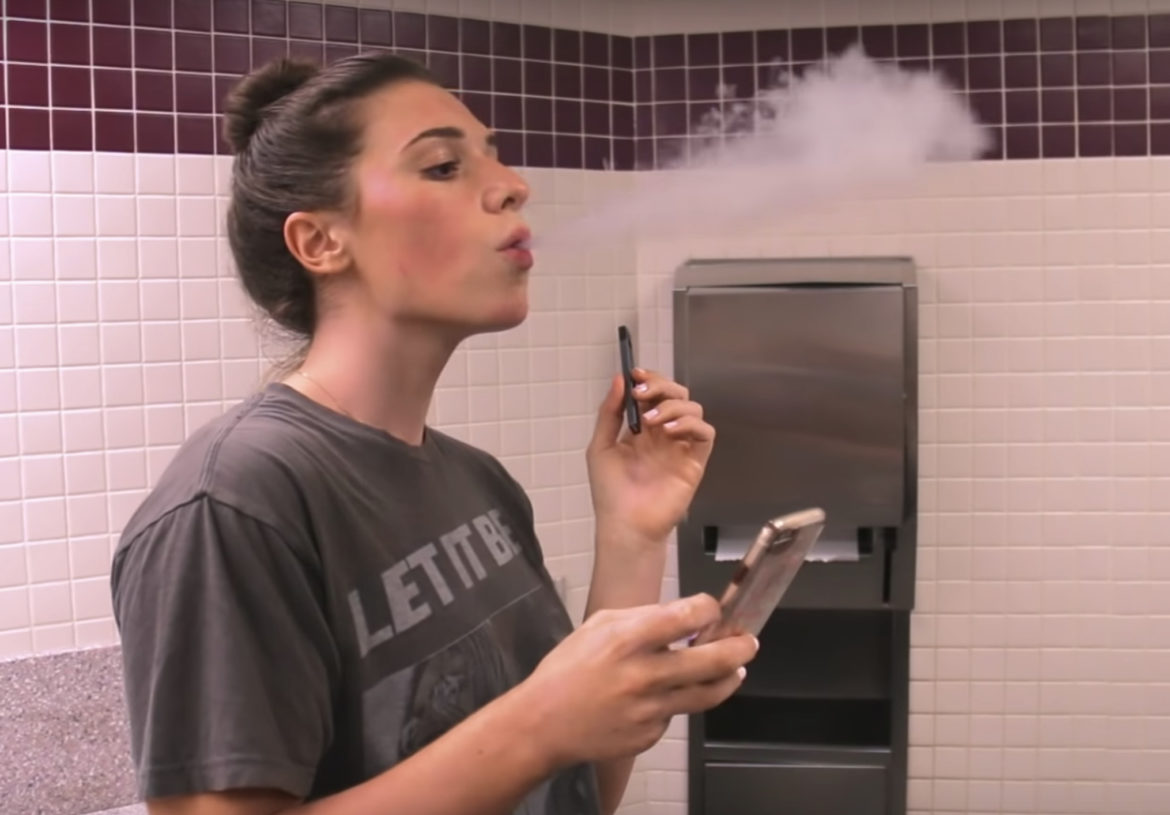 PHS will install vape detectors in bathrooms over the December break in order to eliminate vaping, said Board of Education member Cory Smegal.

“It is a public health issue, and it is a really big problem here,” Igoe said.

According to a study by HealthDay News, 20.8 percent of high schoolers vape in high schools across the U.S.

“My job is to help kids make better choices and give them support when they need it,” Igoe said. “If [a student] ends up in my office, then very meaningful and important conversations start to happen.”

When a student is caught vaping in the bathroom, a private conversation is held between that student and administration, Igoe said.

“The goal of the use of these types of detectors is to ensure that all students can freely use all the facilities of a school campus without fear of having to be exposed to these toxic chemicals,” juvenile officer Nicole Casalnuovo said.

Casalnuovo said that the vape detectors have the ability to detect various forms of toxic substances, such as traditional cigarette smoke, vape, and THC.

The smoke detectors came from a tobacco grant the city of Piedmont received which also pays for the juvenile officer, Smegal said.

Some students believe that the vaping issue has been made a bigger deal than it should be, sophomore Shane Miller said.

“Vaping is not a problem the school should be concerned about,” Miller said. “There are more pressing matters they should be focused on.”

After the vape detectors are installed, the students who are caught vaping will have a private conversation with the administration in order to help prevent them from becoming further addicted, Igoe said.

“Putting vape detectors in the bathrooms would only stop a few people,” Miller said. “Educating people on the effects of vaping could help the majority of students.”

The administration’s goal is to help keep vaping out of school and to keep it a safe space for all students, Igoe said.

“Vaping is an epidemic,” said Igoe, “It’s one of the biggest issues on all high school campuses.”

“I think that vaping is really bad for your lungs, especially with the recent vaping deaths, it’s a bad decision,” junior Eleanor Hoffpauir said. I think that vape detectors could solve the vaping problem because students will become scared of punishment. However, I don’t think it will stop people from vaping just prevent them from doing it at school.