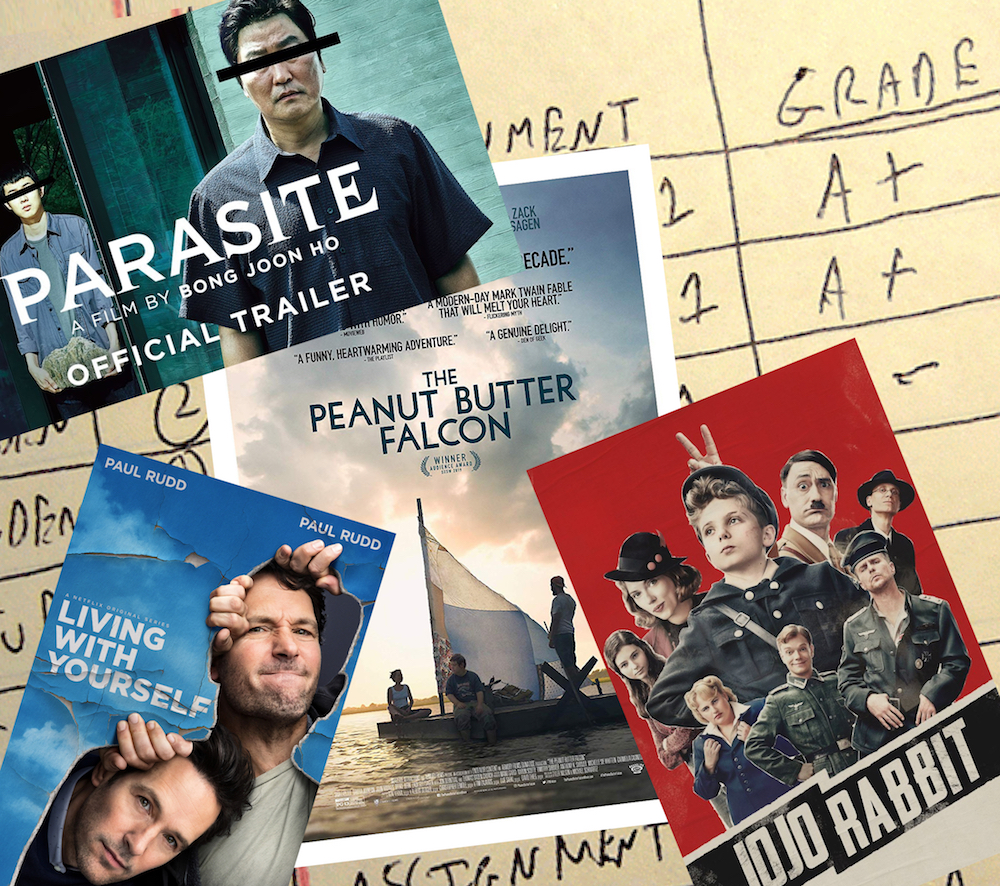 Exedra’s arts and culture reviewers answer the burning question readers want to know: Is it worth my time?

JoJo Rabbit is a coming of age story set in wartime Nazi Germany. Written and directed by Taika Waititi (Thor Ragnarok), this very dark comedy traces the development of 10-year old JoJo, played by Roman Griffin Davis, whose imaginary friend is Hitler himself (played as a moody, hapless buffoon by Waititi). JoJo barely survives a week at Nazi Youth camp, but comes away from the experience more convinced than ever of Nazi superiority. His certainty is challenged by his free-spirited mother, played by Scarlett Johansson (Marriage Story, Lost in Translation, Her), and even more by the Jewish girl in the attic, Elsa, played by Thomasin McKenzie (so good in the recent Leave No Trace). Elsa softens JoJo up over the course of the film, trying to convince him that his Nazi ideology is absurd.

This is complicated subject matter. I found the film entertaining and ultimately heart-warming despite the tragic backdrop. Other viewers have been upset by the film, disturbed that the Nazi regime would be treated as anything but the horror it was. I wouldn’t recommend it for young children due to some very disturbing scenes, but think it’s worth seeing by most others for the nuanced performances, character development, and cathartic beatdown of the Fuhrer. Grade: A- | Reviewed by Nick Levinson

The central dilemma of Parasite, director Bong Joon Ho’s gripping new film, is who is exploiting whom? The wealthy family of a high tech executive who hire a troupe of service workers into their home to help satisfy their extravagant consumption, or the scheming clan of broke but aspiring hustlers whose taste for the good life drives them to deceptively weave their way into the family’s confidence?

Bong sets this stinging 21st century fable of economic and class anxiety in the lap of affluent suburban South Korea, where Mercedes-Benz limos and a cool modernist mansion frame the serpentine maneuverings between the two families. The slow exposure of secrets leads to a crushing denouement, and a troubling reckoning. Director Bong expertly winds up the dramatic tension and plays no favorites, leaving the viewer to grapple with burning questions about money, envy and the things we do in their names. Who is the parasite? That’s for you to fret over. Korean cinema may be unknown to many American viewers, but with films of this quality it won’t remain that way long. (Some intense scenes make Parasite not for young or sensitive viewers.) Grade A- | Reviewed by David E. Thigpen

Zack escapes from the facility with the help of his wily roommate Bruce Dern (Nebraska, The Hateful Eight), and winds up in Tyler’s boat. They set out to meet Zack’s faded wrestling hero, Salt Water Redneck, played by Thomas Haden Church (Sideways, Easy A).

Zack and Tyler form an endearing if improbable bond in the course of their travels, and Eleanor eventually tracks them down. Forced to join them on their trip, she learns much about the two of them, and her own ability to adapt in the face of uncertainty and have some fun.

The story is fairly conventional with a touch of magical thinking, but Gottsagen saves it from cliché with an energetic performance. He has challenges, more serious than others but in many ways similar, and strives to overcome them with his guileless enthusiasm and infectious sense of adventure. Grade: B+ |Reviewed by Nick Levinson

What if you woke up one day to find a “better” version of you at the breakfast table? Paul Rudd (Anchorman, Friends, Clueless) faces this challenge in Living With Yourself , a high-concept series on Netflix.

In the 8-episode first season, Rudd plays Miles Elliott, an existentially tired 30-something. Bored at work, at odds with his spouse about having a child, he takes advice from a colleague about a mysterious “spa” treatment that changed the colleague’s life. The treatment goes seriously wrong, creating a cloned version of himself who hasn’t lost his lust for life.

My favorite part of the series involves the continuously shifting timeframes, which careen from past to present and cleverly show how different characters view the same events. These shifts are often ingenious, and each of the first seven episodes ended with a cliffhanger that left this viewer wanting more. I found the last episode disappointing, with its resort to slapstick that was happily absent from the initial episodes. But I am still interested in the next season, which the last episode sets up nicely.

Aisling Bea is excellent as Miles’ wife, who tries to stay upbeat in the face of her husband’s decline, and then has to come to terms with having two of him. She also gets to deliver one of the best upbraidings of a rich, immature, narcissist I’ve ever seen. Grade: B+ Reviewed by Nick Levinson