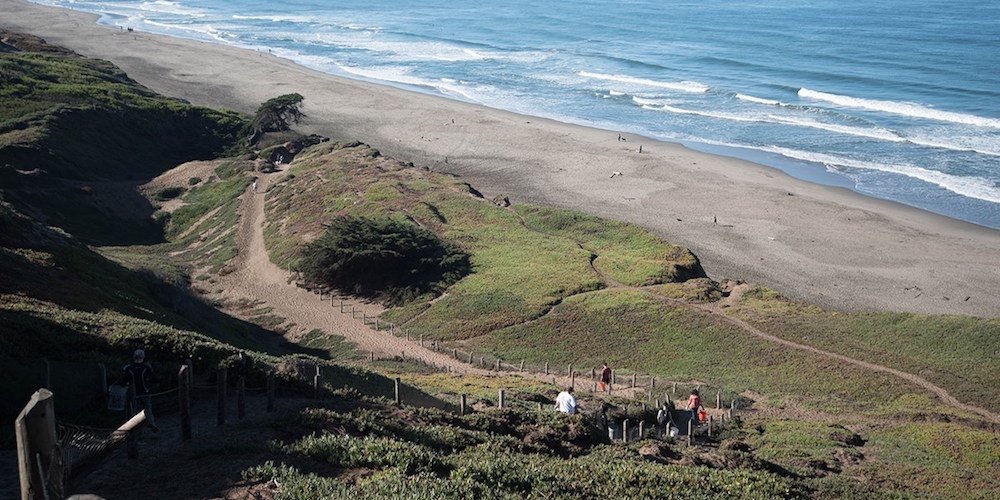 Three dog owners’ groups and a recreation association sued the Golden Gate National Recreation Area in federal court in San Francisco Thursday to challenge proposed restrictions on dog walking. The lawsuit claims that some of the rules in a document known as the 2019 Superintendent’s Compendium are “substantial and controversial changes” to the park unit’s existing pet policy, which dates back to a plan developed by a citizens’ advisory commission in 1979.

The suit asks for court orders requiring the recreation area to complete an environmental study of the proposed changes and to follow the National Park Service’s requirements for public notice and an opportunity for public comment on significant policy changes.

The plaintiffs in the case are Save Our Recreation, San Francisco Dog Owners Group, Marin County Dog Owner’s Group and Coastside Dog Owners Group of San Mateo County. The defendants are the GGNRA, the National Park Service and the U.S. Interior Department. The GGNRA, which encompasses more than 80,000 acres of San Francisco, Marin and San Mateo counties, is a unit of the park service, which in turn is a division of the Interior Department. A representative of the GGNRA was not immediately available for comment.

The GGNRA’s website describes the recreation area as a “dog friendly national park” and notes that it is the only park unit in the National Park Service to designate particular areas for allowing responsible dog walking off-leash when dogs are under voice and sight control. The lawsuit alleges that one change in the 2019 Compendium is a rule prohibiting dog walking entirely from two areas at Fort Funston where canines were previously allowed off-leash. Another change is a requirement that dogs must wear identification tags showing their rabies vaccination status or their owners must produce official documentation of rabies vaccination status on demand, the lawsuit says.

The lawsuit alleges that some of the proposed rules are attempts to revive elements of a proposed Dog Management Plan that was developed by the GGNRA between 2011 and 2016, but dropped by the National Park Service in 2017. The same groups also filed a Freedom of Information Act lawsuit seeking information on the GGNRA’s development of the 2019 rules.