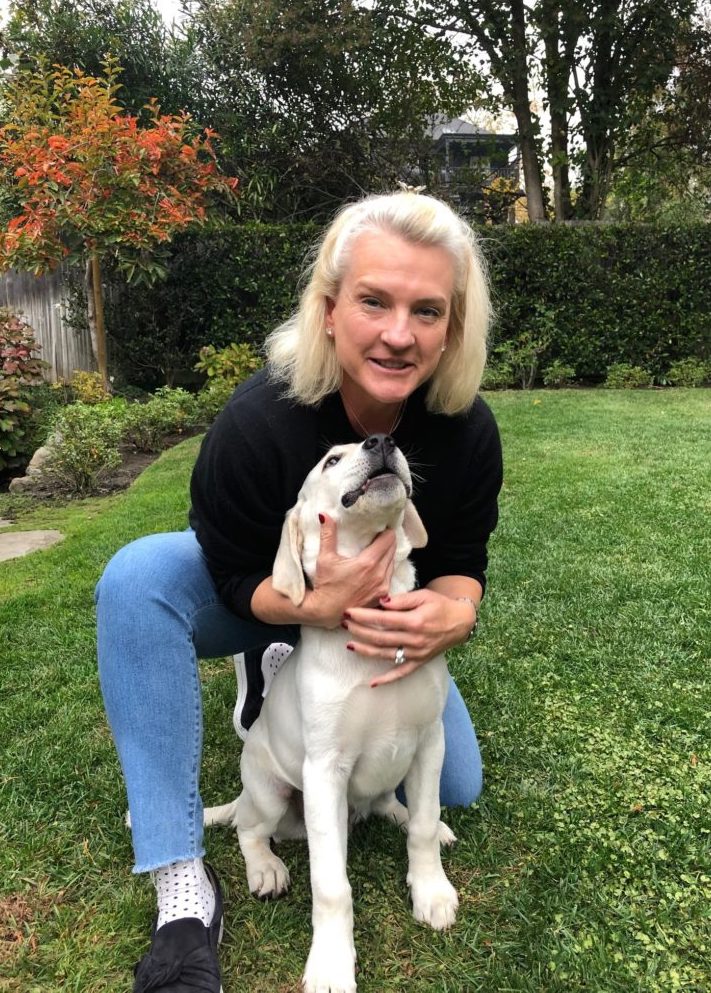 Adoption story: We had a Cocker Spaniel named Rugby who lived to be 16 and a Lab named Raider who passed away at age 14 and we wanted to get another dog. A friend of mine had gotten a Lab from a breeder near Monterey and directed me to their website. So my husband Matt, our younger son Ted and I drove down to take a look. We met Allagash’s dad and mom. His mom has a calm disposition and his dad has a big head and strong chest. We thought they would make a perfect combination. When we first saw Allagash he was in a crate with his four sisters and they were playing. He was so cute and he has a birthmark on his snout that looks like a zipper.

Likes:  Riding in cars, sleeping on human feet, and adoring our pet cat Gilbert, who is 18. (The love isn’t always returned.)

Dislikes: Apples, going up or down stairs.

Interesting facts:  We named him after a brewery in Maine (we vacation on Maine coast every year) that makes one of the best wheat beers in the world. Our Allagash’s coat is almost the same color as the beer.

Anything else we should know: He loves to sleep on his back.