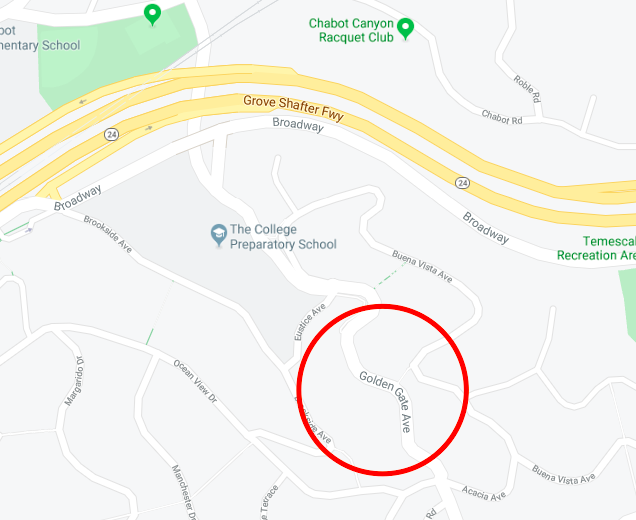 Two masked suspects abducted a man Wednesday night in Rockridge, then drove him to an ATM and ordered him to withdraw cash, Oakland police said.

The man was sitting in his car near his home in the 5500 block of Golden Gate Avenue about 11:30 p.m. when the suspects walked up and demanded money, police said Friday. One of the suspects had a handgun and both were wearing masks. The pair restrained the victim drove him to a nearby ATM to withdraw money and then took him to an unspecified area of Berkeley, according to police. Once there, they left the victim and his car and fled, police said. Detailed descriptions of the suspects were not available.