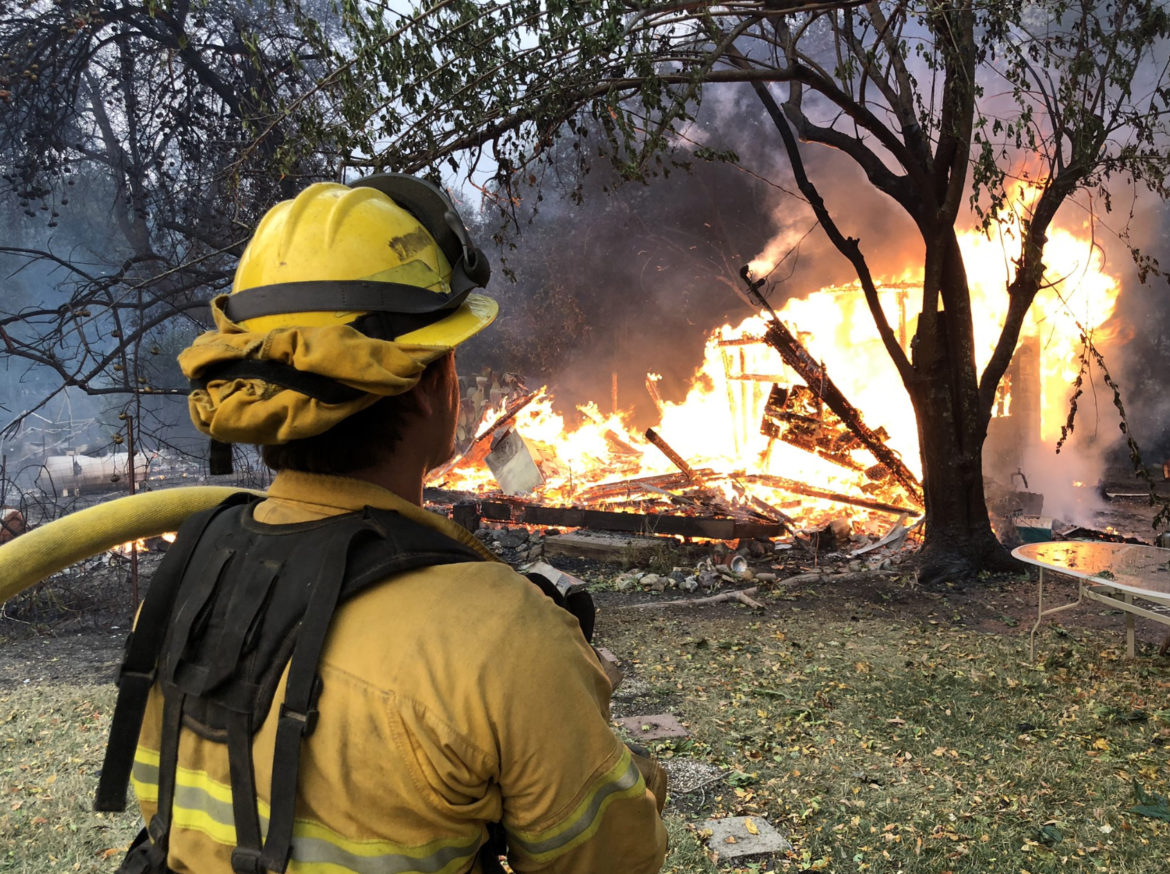 Containment on the Kincade Fire increased to 84 percent on Tuesday morning as crews continue to gain ground on the Sonoma County blaze that has been burning for nearly two weeks.

The number of acres burned, 77,758, remained the same as of Tuesday morning. The number of structures believed to be destroyed, 374, was also the same.

Cal Fire expects full containment of the fire by Thursday.

Four first responders have been injured fighting the blaze, which started on Oct. 23 near Geyserville. Evacuations were ordered for several days but as of Sunday, all evacuation orders had been lifted.

Containment numbers edged up to 80 percent for the Kincade Fire burning in Sonoma County as of Monday morning, according to Cal Fire.

The fire agency released its latest update as of 7 a.m. Monday on the fire, which started near Geyserville on Oct. 23 and has burned 77,758 acres. It was estimated at 78 percent contained as of the previous update on Sunday evening.

Fire officials estimate that 374 structures have been destroyed and 60 others have been damaged in the blaze, which prompted widespread evacuations in the days after it started. However, as of Sunday, all evacuation orders related to the fire have been lifted.

According to Cal Fire, full containment on the fire is expected by Thursday.

The Kincade Fire in Sonoma County northeast of Geyserville has burned 77,758 acres and is 68 percent, or 52,875 acres, contained on Friday morning, Cal Fire said.

Favorable weather allowed firefighters to make good progress overnight, but access to the northern part of the fire is challenging because of steep terrain and narrow roads. Firefighters will continue establishing control lines abound the fire.

The fire has destroyed 352 residential, commercial and other structures and damaged 55 structures. Four firefighters have been injured. The total personnel on the fire is 4,957, Cal Fire said. The cause of the fire is under investigation.

Firefighters may have turned corner on Kincade Fire

Weaker winds on Wednesday allowed firefighters to contain more of the Kincade Fire in Sonoma County, Cal Fire officials said. Containment was at 15 percent Tuesday evening and by Wednesday evening it was up to 45 percent.

“We made some pretty significant progress on the fire,” Cal Fire Division Chief Jonathan Cox said. He said strong winds that would have hampered firefighting did not materialize. He said there is a lot of optimism that crews have turned a corner on putting out the blaze.

By about 6:30 p.m. Wednesday, the fire had burned 76,825 acres and was occupying more than 4,200 fire personnel. Over 300 California fire agencies are working to extinguish the flames and they are being helped by agencies from 12 other states. Cal Fire officials said 266 structures have been destroyed and 133 of those were homes. Forty-seven structures have been damaged and 32 of those were homes.

A Red Flag Warning, which signifies high fire risk, was lifted for the affected portion of the Bay Area at 4 p.m. Wednesday afternoon. Winds in the region subsided during the day but the air will bedry over the next several days into next week, National Weather Service representative Alex Hoon said. “We do not see any rainfall in sight,” he said.