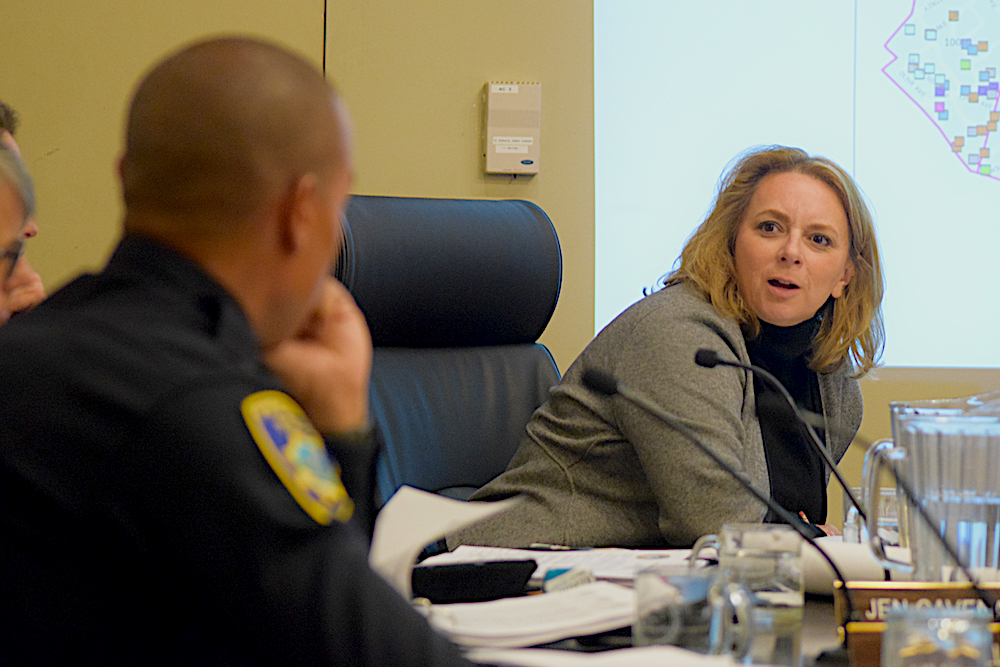 A significant uptick in break-in vehicle burglaries, consistent with regional trends, has driven up Piedmont’s overall crime numbers slightly for the first nine months of 2019 over that same period in 2018, Piedmont’s police chief told the City Council Monday.

There were no rapes, murders or arsons in Piedmont the first nine months of 2019 or during those same months in 2018.

Though the robbery numbers were down, Bowers said two of those incidents — both on Aug. 4, both involving teenaged victims — were particularly disturbing.

Police cite “core patrol and investigative work” for helping keep crime in check. They also credit community activities — the second annual Coffee, Cops and Cars event sponsored by the Piedmont Police Department on Sept. 21, and the annual National Night Out gatherings are examples — and social media communication on NextDoor, Facebook and Instagram. These networking efforts help police gain information that helps solve or prevent crimes, and help people learn how they can otherwise help police.

There were 49 traffic accidents in Piedmont the first three-quarters of 2019, down from 62 the first nine months of 2019. Twenty-nine of those 49 occurred on eight of the busiest streets —  Oakland, Highland, Wildwood, Grand, Moraga and Linda Avenues, and Estates Drive and Hampton Road.

Though Bowers said the police department will be at “full” staffing shortly, he also said, “I wish we had 10 traffic cops to post at various locations in the city.”

The ALPRs, Bowers said, also were instrumental in identifying the suspects in those Aug. 4 armed robberies.

Bowers said these cameras are making more and more “hits” on vehicles wanted for a variety of reasons, and that the city has recently started an effort to track vehicles that were hits with the local ALPR cameras, but whose drivers fled police. The department has a “restrictive pursuit” policy that means officers won’t begin a vehicle pursuit on non-violent suspects, deeming it not worth the risk to the public.

Initiating such a stop, Bowers said, always carries with it a risk for officers. Last month, the city’s ALPRs had a hit on a car coming into town, and two young Piedmont officers were dispatched. The suspects parked their car near Oakland and Jerome Avenues and fled on foot. They weren’t found, but the next day police found a Glock 9mm handgun thrown to the ground nearby.

“It was simply a decision for those people to take off on foot and ditch the gun, versus turning it on the officers,” Bowers said.

And that Piedmont police didn’t stop every vehicle that made the ALPRs ping, isn’t necessarily a problem, Bowers said.

“If they take off from us and don’t commit a crime in the city, I count that as a win.”

The Piedmont Police Department continues to partner with the city’s Public Safety Committee to increase community participation in crime and public safety awareness. Bowers noted that a survey of public opinion about proposed expansion of the city’s public safety camera program (different than the ALPRs, which focus on scenes rather than license plates) was completed this week, with about 400 responses..

The police department also has deepened its relationship with the Piedmont Unified School District, having created a new “juvenile officer” position (filled by Officer Nicole Casalnuovo) who started her new assignment this 2019-2020 school year. The school district in September bought 12 vaping sensors to help address what has become a concerning problem at Piedmont High School; they have yet to be installed The police department and the school district are also working on a diversion program to help keep young offenders out of the juvenile justice system.