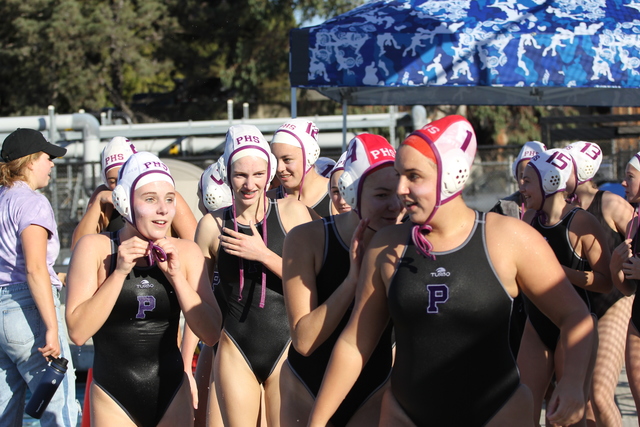 The Highlanders will face Berkeley for third place in the West Alameda County League tournament on November 2. Piedmont earned its way into the third place game by beating Bishop O’Dowd before losing to top-seed Encinal.

In the opening game on October 29 at Encinal, Piedmont defeated Bishop O’Dowd, 8-5. Ella Wright led the way with four goals.

The win against the Dragons came after their first three earlier match-ups this season went into overtime, with the Highlanders winning the first “sudden death” contest and O’Dowd winning the next two.

Piedmont scored the first goal of the game 30 seconds in on a backhand toss by junior Ella Wright. O’Dowd then took the lead, scoring three goals in a row. Highlanders’ senior Kaelin Campbell scored from the wing, and the first quarter ended with the Dragons up 3-2.

The Highlanders’ stellar defense held O’Dowd in the second quarter, while the offense went to work. Senior Nora Linnane scored a goal 40 seconds in from the right wing, followed by another goal by Wright playing from the hole. Piedmont led 4-3 at the half.

The teams traded goals in the third quarter, with freshman Rosie Feldman, Wright, and Linnane each scoring one. Senior Clara Feldman earned a penalty shot in the fourth quarter, and Wright fired it in, bringing the score to 8-5. The Highlanders’ defense held O’Dowd scoreless throughout the fourth quarter.

Against Encinal on October 30 (also at Encinal), the Highlanders battled to a 5-5 tie at halftime before the Jets broke the game open for a 10-6 win. Linnane was the leading scorer for Piedmont, notching four goals.

Piedmont’s defense started off strong, and neither team scored for the first four and a half minutes. Linnane, in her outside position, scored a goal in the first quarter, but the Highlanders gave up three goals before the quarter ended.

In the second quarter, senior Clara Feldman launched a rocket two minutes in, followed by two more lobs by Linnane, tying up the game at the half.

Next, the Highlanders will face Berkeley at Encinal at 2 p.m. on November 2.

On November 3, the North Coast Section will announce playoff berths. Piedmont would seem to have a good shot at making it. “It’ll be cutting it close, but I’m hoping we sneak in there,” Mooney said.