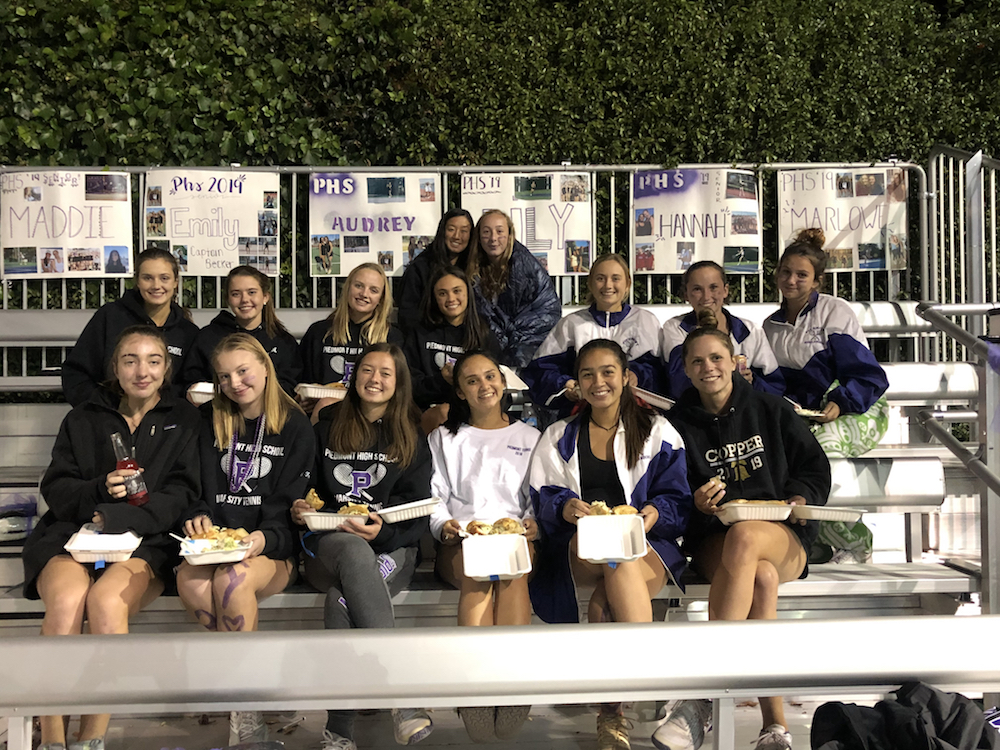 The Highlanders continued their strong regular season schedule with a pair of victories.

The Highlanders defeated Alameda at home on October 29, 4-3. The next day, Piedmont beat Hayward at home, 7-0.

The Highlanders are now 10-3 in West Alameda County League play, and 12-8-2 overall. Piedmont closes the regular season at Castro Valley on November 5. The WACL championships will be held at Chabot College on November 8-9.

Next up, the North Coast Section team playoffs begin November 12. Piedmont should gain a berth in the Division II bracket.

Against Alameda on senior day, the Highlanders won three of the four singles matches. The Hornets Kyra Yee won the No. 1 singles over Emily Becker, 6-4, 6-0. At No. 2, Piedmont’s Audrey Edel beat Katherine Legg, 6-3, 6-2. Bridgette McEfee won the No. 3 match over Natalee Chin, 6-4, 6-0. Coach Jim Landes said that Edel and McEfee “are playing steady but still using plenty of offense.” Hannah Ferguson downed Alison Kwan at No. 4, 6-4, 7-5, “working hard against a steady player,” according to Landes. “However, Hannah was able to use her piercing groundstrokes to wear her opponent down.”

The NCS team seeding meeting is scheduled for November 10. Brackets will be announced that day.

The NCS individual tournament will begin November 18. Singles and doubles teams will qualify out of the league tournament.