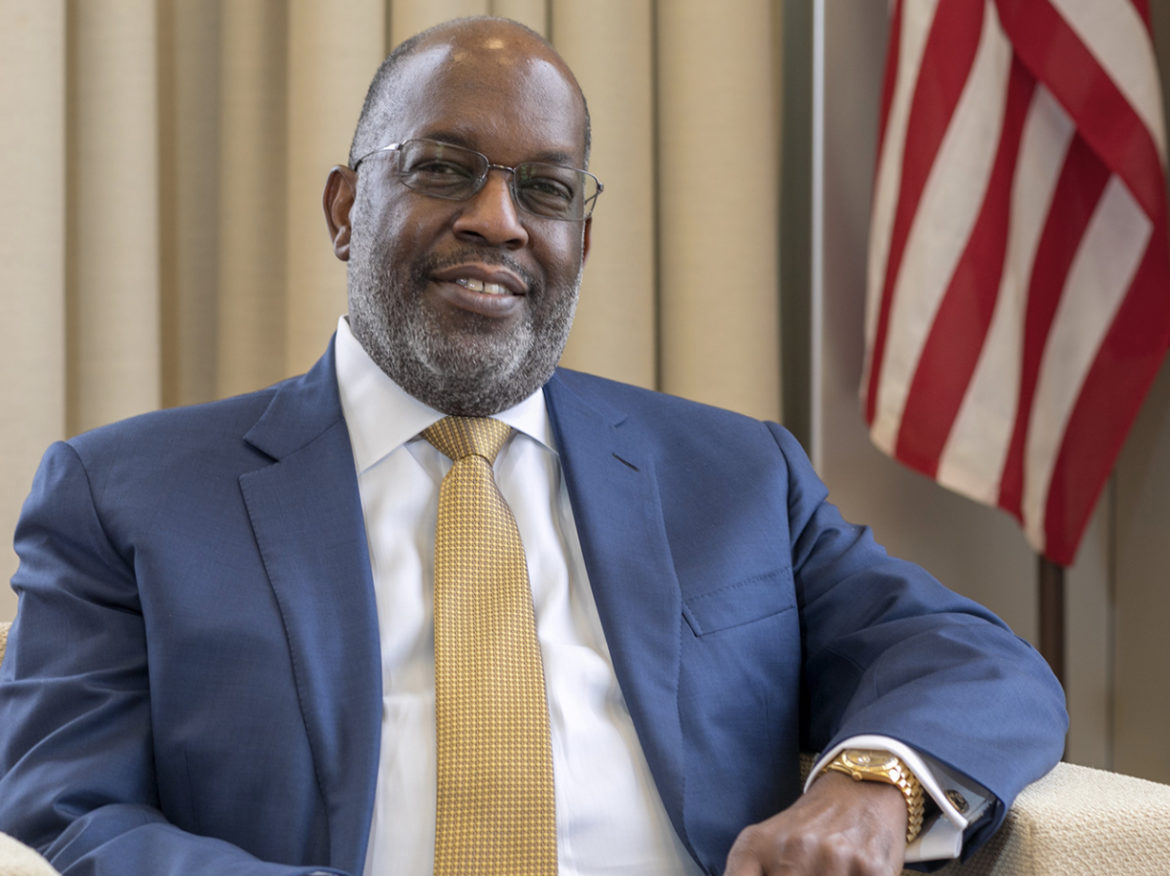 Bernard Tyson, named CEO of the Oakland-based health care giant in 2013, and president of its board of directors in 2014, died in his sleep at age 60.

“On behalf of our Board of Directors, employees and physicians, we extend our deepest sympathies to Bernard’s family during this very difficult time,” Kaiser Permanente said in a statement.

“An outstanding leader, visionary and champion for high-quality, affordable health care for all Americans, Bernard was a tireless advocate for Kaiser Permanente, our members and the communities we serve.”

“Most importantly, Bernard was a devoted husband, father and friend. We all will miss his tremendous presence in our lives.”

His unexpected death has prompted statements in tribute from elected officials and community leaders.

“I am heartbroken upon learning of the passing of Bernard Tyson. Bernard dedicated his life to making health care more accessible for our communities,” Congresswoman Barbara Lee, D-Oakland, said in a statement.

“He led Kaiser to success, and never lost sight of his dream to make health care affordable. My prayers and condolences are with his family and loved ones during this time.” California Gov. Gavin Newsom echoed those sentiments in a statement. “Jennifer and I are deeply saddened to learn of the passing of health care pioneer and our dear friend Bernard Tyson,” Newsom said.

“Bernard’s vision and influence made an impact at home and abroad, and he led with excellence on behalf of millions of Kaiser patients and thousands of employees. We will always remember how he made health care accessible for so many while paving the way for countless professionals of color to pursue leadership roles in health care and corporate America.”

Tyson also served on the boards of San Francisco-based Salesforce and the American Heart Association, and the Bay Area Council, a business-led regional economic development organization.

“A light unto this world has gone out. Bernard Tyson our loving friend & board member has passed away,” Salesforce CEO Marc Benioff said via Twitter. “He always did so much for others & the world. One of the world’s greatest CEOs. I will always remember him with LOVE in my heart. My prayers are with his family for peace.”

San Francisco Mayor London Breed said in she is “shocked and saddened by Bernard Tyson’s sudden passing.” She called him “a visionary in the healthcare industry, a civic leader who cared deeply about the issues impacting our communities especially homelessness, and a kind and generous friend. He led with his values and his heart, and he will be missed.”

The Alliance of Health Care Unions said on Twitter that Tyson “was a strong advocate for labor-management partnership, perhaps the only CEO in America to attend union conferences to engage in open dialogue with union rank-and-file. He publicly recognized the role of union members in making KP the best place to receive care.”

The Kaiser board announced Sunday that Executive Vice President and Group President Gregory Adams has been appointed as interim chairman and CEO of the health maintenance organization. “Bernard was an exceptional colleague, a passionate leader, and an honorable man. We will greatly miss him,” said board member Edward Pei, chairman of the Executive Committee and the Governance, Accountability and Nominating Committee. “The board has full confidence in Greg Adams’ ability to lead Kaiser Permanente through this unexpected transition.”

Tyson was appointed chairman CEO of Kaiser in 2013, part of a long career with the 11.8 million-member health plan that operates in eight states and the District of Columbia.

He started with Kaiser in 1997 as a hospital administrator and division president. From 2002-06 he was a senior vice president of brand strategy and management and authored the “Thrive” marketing slogan that Kaiser Permanente still uses today.

From there he rose to executive vice president and then president and chief operating officer, before his appointment as CEO. “When Tyson became CEO in 2013, Kaiser Permanente had 9.1 million members, employed a workforce of 174,000, included 17,000 physicians, and generated $53 billion in annual revenue,” according to a statement issued by Kaiser. “Today the organization provides care and coverage to 12.3 million members, has a workforce of 218,000 employees, includes 23,000 physicians, and annual revenue of more than $82.8 billion.”

Tyson was a Bay Area native who earned a bachelor’s degree in health service management and a master’s degree in business in health service administration from from Golden Gate University in San Francisco. He also earned a leadership certificate from Harvard University. Tyson is survived by his wife, Denise Bradley-Tyson, and three sons; Bernard J. Tyson Jr., Alexander and Charles.