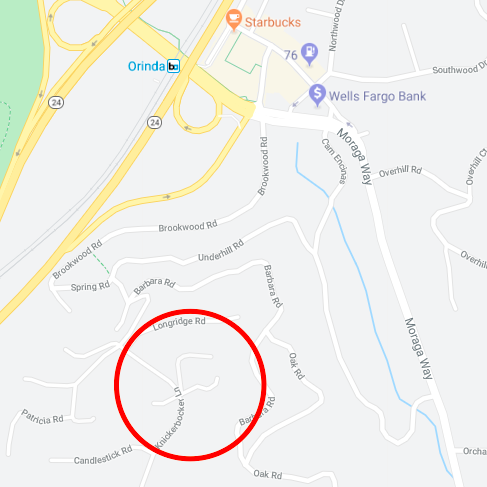 A large Halloween party at an Airbnb rental in Orinda, where four people were fatally shot, was not authorized, Airbnb representatives said Friday. “We are horrified by this tragedy and are in close communication with Chief David Cook of Orinda Police to offer our support with his investigation into who committed this senseless violence,” the company said in a statement.

The guest who booked the home in the 100 block of Lucille Way would be banned from Airbnb and the house would be removed from the company’s platform during the investigation, Airbnb said. The house rules for the short-term rental specifically banned parties. “Our thoughts are with the loved ones of the victims of this abhorrent act as well as the neighbors of the home,” Airbnb said.

More than 100 people were at the party Thursday night when the shooting occurred about 10:50 p.m., according to the Contra Costa County Sheriff’s Office. Three victims were pronounced dead at the scene and a fourth died later at a hospital. Several other people were injured and some were taken to hospitals by ambulance. The exact number is not known, however, since some victims found other transportation to the hospital, sheriff’s spokesman Jimmy Lee said.

No information about suspects or arrests has been released. Anyone with information on this case is asked to contact the Orinda Police Department or Office of the Sheriff at (925) 646-2441. The Investigation Division can be reached at (925) 313-2600. For any tips, email: tips@so.cccounty.us or call (866) 846-3592 to leave an anonymous voice message.