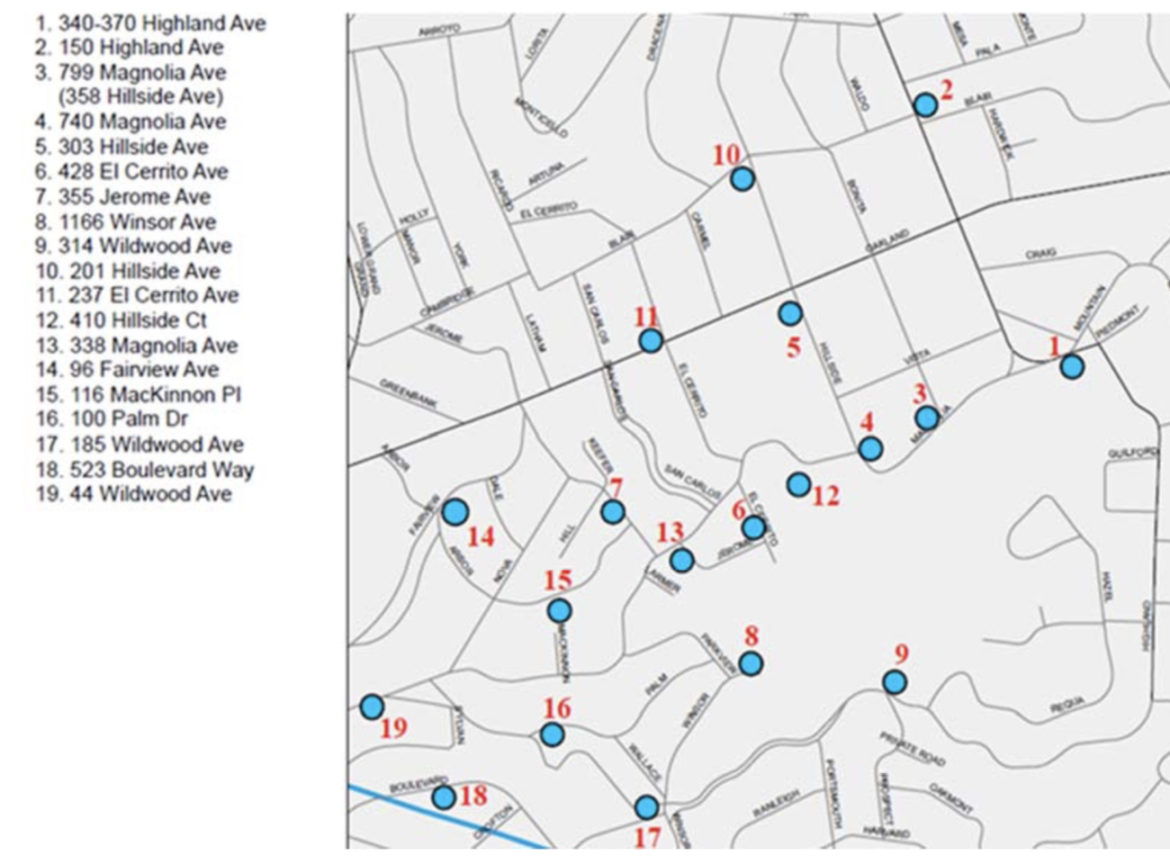 The City Council on Monday approved 17 controversial cellular phone installations in and near residential neighborhoods, with members saying they had come to a reasonable compromise on the equipment to be used, and saying doing otherwise could open the city to a risky and costly legal battle.

In unanimously approving the 17 Crown Castle LLC applications — over the pleas of more than 20 residents to either reject or delay doing so — council members called the three-year process for the city and Crown Castle to reach agreement “imperfect,” and that the city’s hands were largely tied by federal rules governing the criteria by which wireless equipment applications could be judged.

Council members also said near the end of Monday’s 3 ½-hour hearing that not approving the agreements would likely revive an October 2017 lawsuit against the city by Crown Castle for rejecting the company’s original applications a month earlier.

The 17 equipment sites approved Monday night were established as part of a subsequent settlement of that suit in December 2018. The city settled the Crown Castle suit in part because the smaller, less powerful installations were seen as more palatable than the nine larger and more powerful installations Crown Castle had originally proposed in 2016. The settlement, city officials have said, would also fend off what figured to be a continued costly legal fight had it banned the equipment altogether.

“It is, in part, a dollars-and-cents issue,” said Vice Mayor Teddy Gray King. She asked City Attorney Michelle Kenyon how much it could cost the city to fight the suit if it was revived. Kenyon said it could cost $500,000 or more, and King said the city wouldn’t necessarily win. That, she said, isn’t good stewardship.

Added Mayor Robert McBain, the settlement “is hardly perfect, hardly ideal, but in the long run, in the best interest of the city.”

All of the more than 20 public speakers Monday night opposed the installations, for myriad reasons — concerns about the radio frequency emissions, aesthetic concerns, increased traffic in the form of Crown Castle maintenance vehicles, the installations’ effects on the health of adjacent trees, several installations’ proximity to school playgrounds, that approval of these facilities could open Piedmont up to dozens more in the future, and that these facilities could lower home values substantially, by hundreds of thousands of dollars in some cases.

One resident, Bruce Mowat, said that devaluation could result in a collective drop of between $75 million and $125 million in Piedmont home values, which could translate into substantial losses in assessed valuations.

Shary Nunan of Piedmont joined Monday’s hearing via phone; she said she already has radio frequency emission sensitivity, and that the Crown Castle wireless installations would exacerbate a condition that already forces her to curtail travel and commuting.

“Emissions from any of these antennas are life-threatening for me, and would red-line me from my home,” Nunan said.

El Cerrito Avenue resident Sherk Chung also asked the city to fight the applications. “It would be better than to bend over and take it from Crown Castle,” he said.

Resident Alexi Mavrellis directed his ire toward the group of Crown Castle representatives Monday night. “You’re all an embarrassment, straight up,” he said.

Some residents asked for a delay, to allow a lawsuit to play out. The City of Piedmont is one of 26 cities across the country joining to challenge the FCC’s April order in a lawsuit filed in the Ninth Circuit Federal Court of Appeals in San Francisco.  But Kenyon told the council the Ninth Circuit is “not persuaded” thus far that the cities’ arguments are winning the day.

Thirteen of the proposed installations would be on existing utility poles, three on existing street light poles and one on a strand-mounted antenna located adjacent to a utility pole. Some of them residents said, would be uncomfortably close to houses — 17 feet away, in one case.

The City of Piedmont has been dealing with the Crown Castle applications since November 2016, when the company filed nine applications to install wireless communication facilities at various spots in Piedmont. On October 2017, the City Council rejected three of those permits and approved five; a month later, Crown Castle sued the over the rejections, and contended the conditions of approval for the four sites were so onerous that they were, in effect, rejections as well.

The Piedmont Planning Commission on Oct. 29 recommended against approval of eight proposed cellular phone booster sites, saying they would go against local guidelines governing preservation of residential and historical character. The planning commission recommended approval of one site, at 96 Fairview Avenue.

Despite their recommendation to reject Crown Castle’s applications, planning commissioners said they expected the City Council would probably have to vote to approve them, given federal rules governing wireless applications and approval.

The Federal Communication Commission in April issued an order “removing barriers to infrastructure investment” by cellular companies. Under federal law, cities cannot place conditions on, deny, or approve a proposed wireless communication facilities based on health concerns about radio frequency emissions given off by cellular facilities.

City Administrator Sara Lillevand said another key factor there is that “The federal government has defined wireless businesses to be treated as utilities, which provides them rights including access to the public right-of-way and requires cities to treat all utilities the same.”

King and other council members expressed frustration that the city doesn’t have more say in how the Crown Castle applications could be approved. King said some of that frustration should be aimed at California’s senators, who have authority over the Federal Communications Commission and its rules governing how cities must approach wireless applications.

Councilwoman Betsy Smegal Andersen said she shared the frustration, but added that almost everyone has a cell phone nowadays, and that “you cannot have a situation where all of the cell towers are in Oakland.”

Monday night’s discussion and voting had to be split, because King and Andersen both own property within 500 feet of at least one proposed installation.

The were time pressures on the City Council to make a decision. The December 2018 lawsuit settlement stated the city had to approve the applications by Nov . 22; failure to do that could revive the Crown Castle lawsuit.

An angry Chung said away from the hearing that another lawsuit, perhaps a class action one, could be in the offing.

“I’d be supportive if there was … I think I might call a lawyer.”