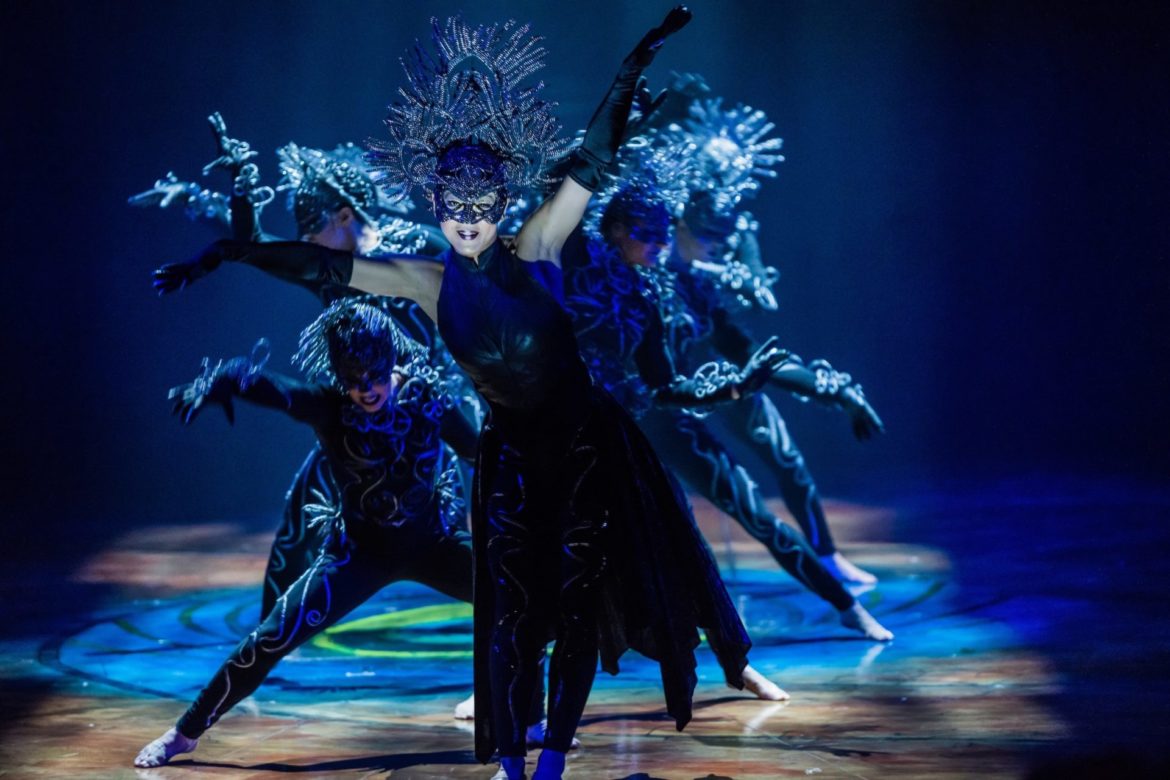 • ‘Tempest’ with tumbling: Cirque du Soleil is back in the Bay Area with a revival of its show “Amaluna.” It’s loosely based on Shakespeare’s “The Tempest,” but what you will remember are the eye-popping feats of acrobatics and circus skills, not to mention the crazy costumes, that are the hallmarks of a Cirque show. So go ahead and dig into this feast for the senses at Oracle Park and then brag to your friends that you were broadening your horizons with Shakespeare. We won’t tell. The production runs through Jan. 12. Tickets are $54-$285; 877-924-7783, www.cirquedusoleil.com.

• Fairy tale with arias: Hansel and Gretel are skipping off into the dark woods again, trailing their bread crumbs behind them. This fateful journey is taking place, amazingly enough, on two Bay Area stages, as both San Francisco Opera and Opera San Jose are mounting productions of Engelbert Humperdinck’s “Hansel and Gretel.” First up is S.F. Opera’s co-production with London’s Royal Opera, debuting Nov. 15 and running through Dec. 7 at War Memorial Opera House and starring mezzo-soprano Sasha Cooke and soprano Heidi Stober. Tickets, $26-$398, but half off for kids when an adult ticket is purchased, are at 415-864-3330 and www.sfopera.com. Opera San Jose’s version kicks off Nov. 16 and runs through Dec. 1 at the California Theatre and stars Stephanie Sanchez and Elena Galván. Tickets, $10-$176, are at 408-437-4450 and www.operasj.org.

• A triple crime happening: Sisters are doing it for themselves in the whodunit genre, and Orinda Books is celebrating that once again. The store’s popular Sisters in Crime event takes place at 3 p.m. Nov. 16, featuring crime writers Susan Bickford, author of the new “Dread of Winter”; Nancy Boyarsky, whose latest Nicole Graves thriller is called “The Ransom”; and Janet Dawson, creator of the popular series featuring private eye Jeri Howard — “The Devil Close Behind” is the 13th in the series. They’ll be talking about their works at 276 Village Square in Orinda; more info at 925-254-7606 or www.orindabooks.com.

Sleater-Kinney (Carrie Brownstein and Corin Tucker) will perform two shows at the Fox Theater in Oakland. (Photo courtesy of Sleater-Kinney)

• Sleater-Kinney: This rock trio consisting of Corin Tucker, Carrie Brownstein and Janet Weiss blasted out Olympia, Washington, with seven albums between 1994 and 2005 that featured some of the best, down-and-dirtiest music that any indie rock band ever came up with. Weiss is no longer in the fold, but Sleater-Kinney is back with a new album, “The Center Won’t Hold,” and performs 8 p.m. Nov. 16-17 at Oakland’s Fox Theater. Tickets are $45; www.apeconcerts.com.

• Austen revisited: The holiday arts season is upon us, and if you are one of those who likes to indulge in the humbugs and Nutcrackers from beginning to end, know that “The Wickhams: Christmas at Pemberley” opens this weekend at City Lights Theater in San Jose. It’s billed as a holiday-themed sequel of sorts to Jane Austen’s “Pride and Prejudice” penned by Lauren Gunderson and Margot Melcon. The show is in previews Nov. 14-15, with the main run Nov. 16-Dec. 15. Tickets are $23-$49; 408-295-4200, cltc.org.