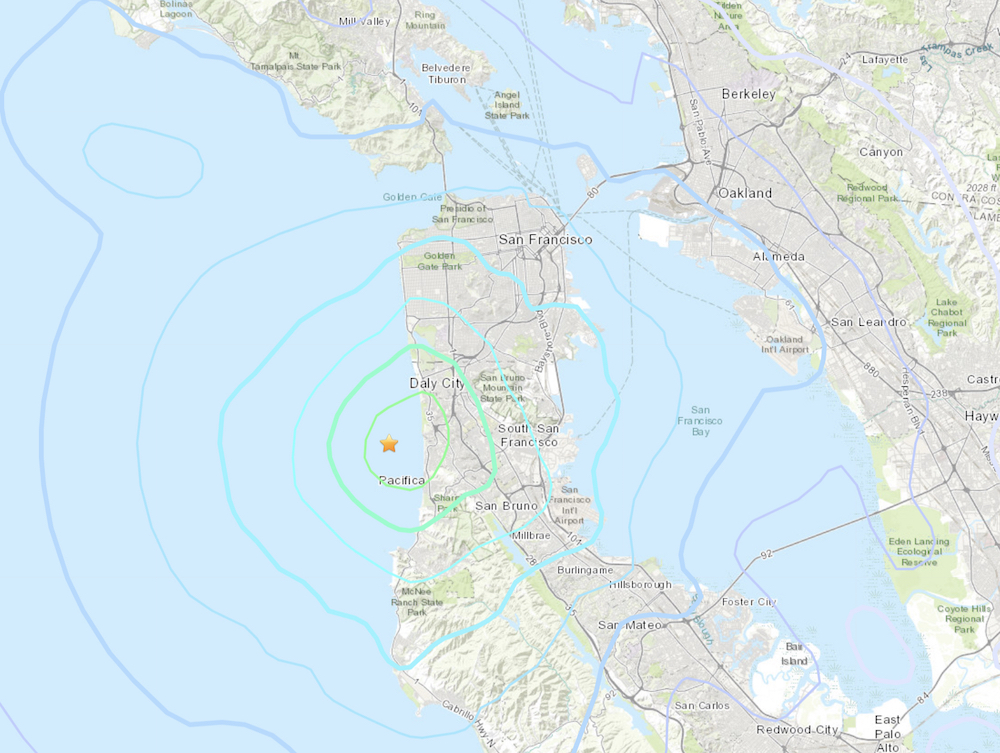 Three microquakes have been reported following a 3.5 shaker that struck about a mile off the coast of Pacifica on Saturday morning, according to the U.S. Geological Survey.

The larger quake struck at 8:41 a.m. about 4 miles down, the USGS said. The quake was initially reported at 3.9 magnitude but was later downgraded to 3.5. Two smaller temblors measuring 1.9 hit within 10 minutes after the larger shaker. Another small temblor of 1.8 was reported at 9:57 a.m.

BART temporarily held trains after the initial quake to inspect tracks, a spokeswoman said. No damage was found.