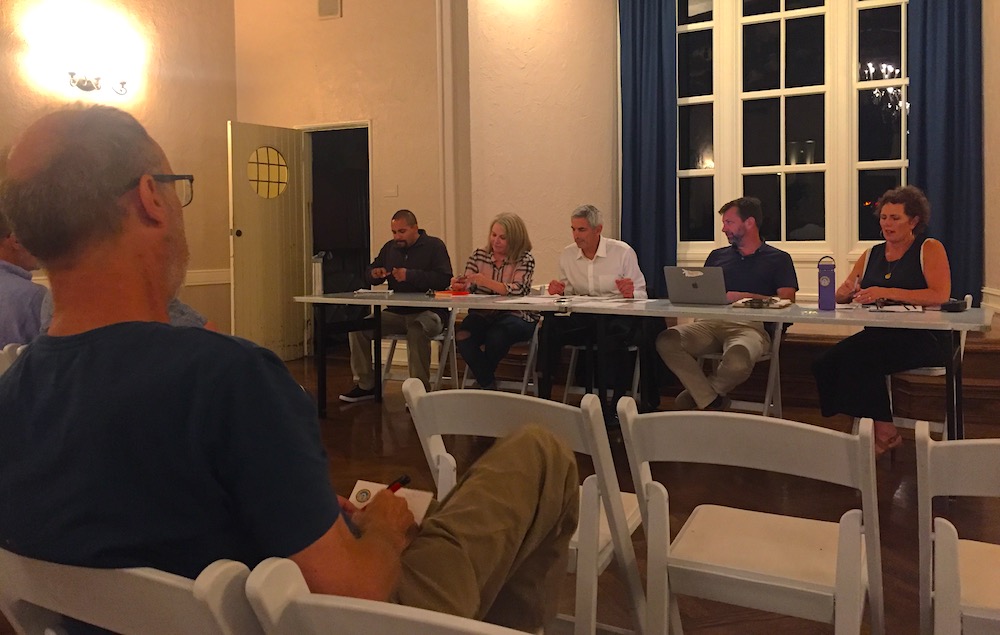 On the evening of Monday, Oct. 7, a meeting was organized by the Pickleball Subcommittee to address concerns raised by a group of Piedmont pickleballers. The group is pushing for longer hours and better facilities. The meeting was attended by seven community members.

Rick Schiller, a pickleball enthusiast who helped lead the charge for Piedmont to embrace the sport, penned a letter, dated Oct. 4, to the Subcommittee detailing the group’s recent requests, namely that hours of play be extended, and lines be re-painted. He also suggested that pickleball courts take precedence over tennis when the time comes to redo the Linda tennis courts.

Schiller’s letter was echoed by Les Ellis, another pickleball aficionado, who wants to see pickleball be handled like tennis, with a reservation system for the courts. He also requested that there be outdoor lockers for gear at the Hampton courts.

Pickleball popularity grows along with demands for more

“I’ve really enjoyed Pickleball and the way that it’s evolved in Piedmont.”

Due to the increase in pickleball players — 166, according to Schiller’s letter — he now wants there to be separate courts for recreational play and competitive play. (Editor’s note: An earlier version of this story erroneously said “recreational and professional play”.)

Most importantly, he is asking for an extra 30 minutes for pickleball play at Linda on Tuesdays and Thursdays. The window Schiller hopes to see  would be from 10 a.m. to 1 p.m.

Piedmonter Dan Ruby, who identified himself as both pickleball and tennis player, agreed with the request to extend pickleball hours at Linda to 1 p.m.

But he expressed concerns about changing pickleball to a reservation-based system. He believes that establishing a reservation system would actually increase conflicts with tennis and change the current pickleball dynamics.

“Pickleball is social, fun and athletic,” Ruby said. “When there’s a designated time, people get to drop in and meet other players and it’s a nice dynamic.”

He added that there would be significant backlash if tennis hours were limited at Beach.

“I would probably be the leader of that [backlash],” said Ruby.

On the brighter side, Piedmonter Aaron Salloway wanted to commend the community on its cooperation to handle the demands of tennis and pickleball.

When questioned about the pickleball survey, Roland said that the community response was “very positive in terms of pickleball.”

“There were nominal concerns about noise,” said Roland. “There was only a couple of [negative] comments out of 35 returned surveys. Generally speaking, neighbors were very enthusiastic and positive about it.”

“I think what we’re dealing with is a classic situation where everyone has something a little less than ideal. Everybody has got to share.”

The Pickleball conversation will continue at the Recreation Commission meeting on Nov. 16 as an agenda item. There will be a public comment session at the beginning of the meeting for those who want to voice in on the matter.

One thought on “Pickleballers ask for longer hours and better facilities”